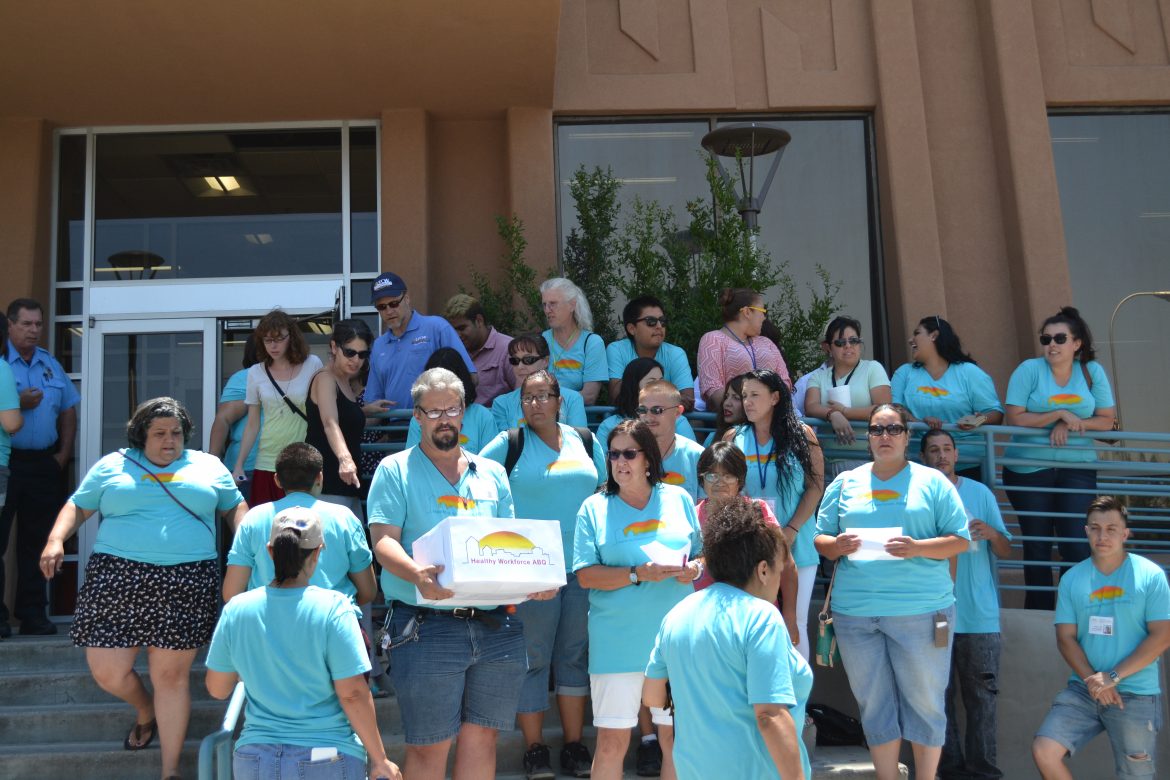 Supporters of a proposed Albuquerque sick leave initiative asked a district court judge Wednesday to reconsider his decision to require the full text of the proposal on election ballots next year.

The city election is still a year away, but the New Mexico Center on Law and Poverty filed the motion asking Bernalillo County District Judge Alan Malott to reconsider a previous decision that required the full text of the proposal appear on the ballot and instead allow the sick leave initiative to appear as a summary on the ballot next October during the municipal elections.

Lawyers with the Center on Law and Poverty said the full text would likely not fit on a one-page ballot and could cause inaccurate ballot counts, rejected ballots or a complete absence of the initiative on next year’s ballot. They also disputed Malott’s interpretation of the city charter.

“The best way to mitigate these risks is an order that the Charter permits a summary to appear on the 2017 municipal election ballot, and that the full text may be provided to voters in a separate document,” wrote the Center’s lawyers in the motion.

The Center’s motion goes on to argue the city charter does not require ballot initiatives to be printed in full and instead addresses instances where the City Council might amend measures that come from public petitions.

“If the drafters of the Charter had intended to require that the full text of each proposed measure appear on the ballot, they would have explicitly said so,” the motion reads.

“We’re concerned the city cannot put this on the ballot in October,” Davis said.

During the September hearing, Toulouse Oliver told the court that county election equipment and software does not allow for a multi-page ballot. She reiterated that point in correspondence with another Center on Law and Poverty lawyer, Elizabeth Wagoner.

“The number of spoiled or rejected ballots goes up depending upon the length of the ballot,” Toulouse Oliver wrote to Wagoner. “This is primarily due to voter confusion and/or fatigue resulting from a lengthy voting process. When this occurs, voters can accidentally make errors and/or decide not to vote on the entire ballot. Although this does not necessarily prevent the ballot from being counted, it can prevent the ballot from being counted by the machine, requiring either a reissued ballot or a hand‐tally, if preferred by the voter.”

Without another ruling from Malott, city officials will continue as planned for the October 2017 election.

“We would do another election resolution,” Howard said.

Council President Dan Lewis agreed that the council would have to resubmit the proposal.

“At this point I imagine the council would have to probably create another election resolution,” Lewis said.

While city officials are hesitant to speculate on what might happen next year, Davis said he and his organization don’t want to wait until the last minute. Pat Rogers, a lawyer representing the interests of a number of Albuquerque businesses during the September hearing, accused proponents of filing their initial motion at the last minute in an attempt to disrupt the election process. Rogers did not have a response to the updated motion as of press time. We will add his response if we receive one.

Davis said besides having a deadline to appeal the court’s decision, his organization aims to get a timely response well before next fall.

“We want to make sure we’re not in that position in late September,” Davis said.