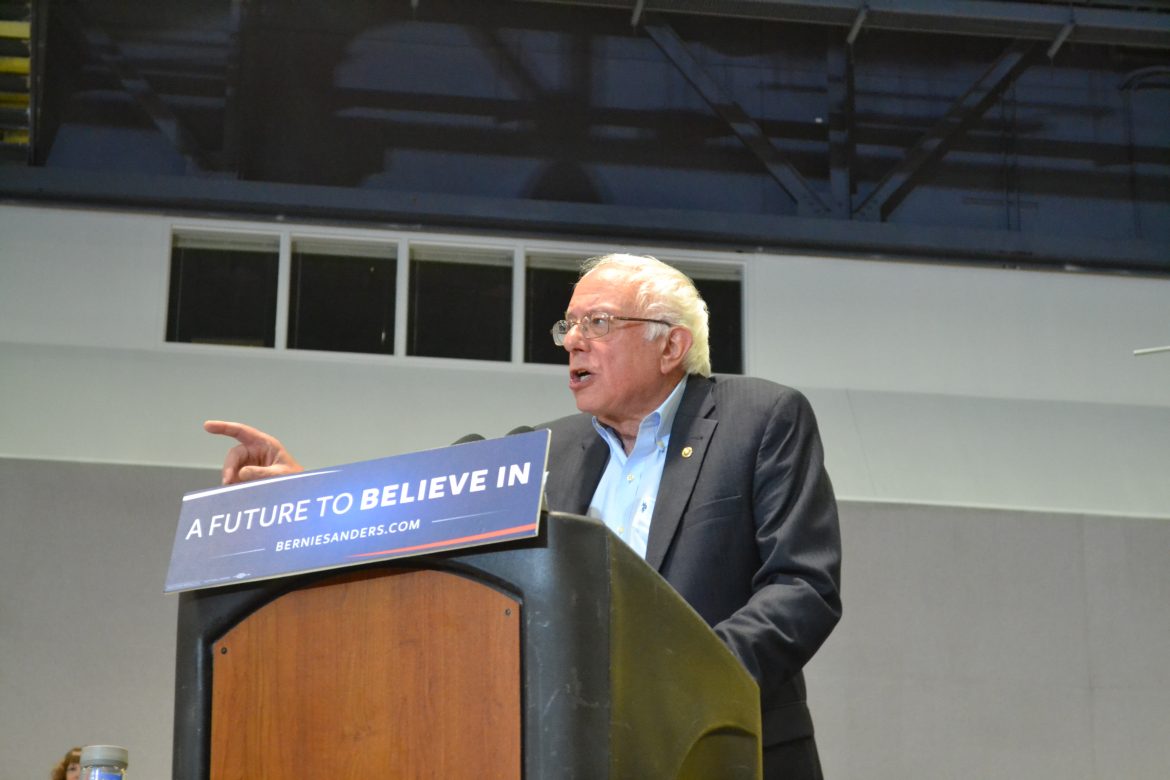 Bernie Sanders will be headed back to New Mexico Tuesday, this time to campaign on behalf of his former opponent in the Democratic primary, Hillary Clinton.

The Clinton campaign announced Sunday the Vermont Senator will headline a get-out-to-vote rally. Unsurprisingly, the Sanders rally will take place on the University of New Mexico campus, in front of Mesa Vista Hall near the Student Union Building. Doors open at 10 am and the rally is expected to start at 11 am.

During the Democratic primary, Sanders received a high level of support among younger voters, including those attending college. In the general election, Clinton has been unable to match the level of support of the previous Democratic nominee, Barack Obama.

According to the release, Sanders will speak about raising the minimum wage, combatting climate change, making public colleges and universities tuition free and the “broken criminal justice system.”

“Most importantly, let’s defeat Donald Trump and make Hillary Clinton our next president,” the release ends.

Sanders appeared in a rally in the Albuquerque Convention Center ahead of the Democratic primary. Sanders briefly spoke to NM Political Report before that rally.