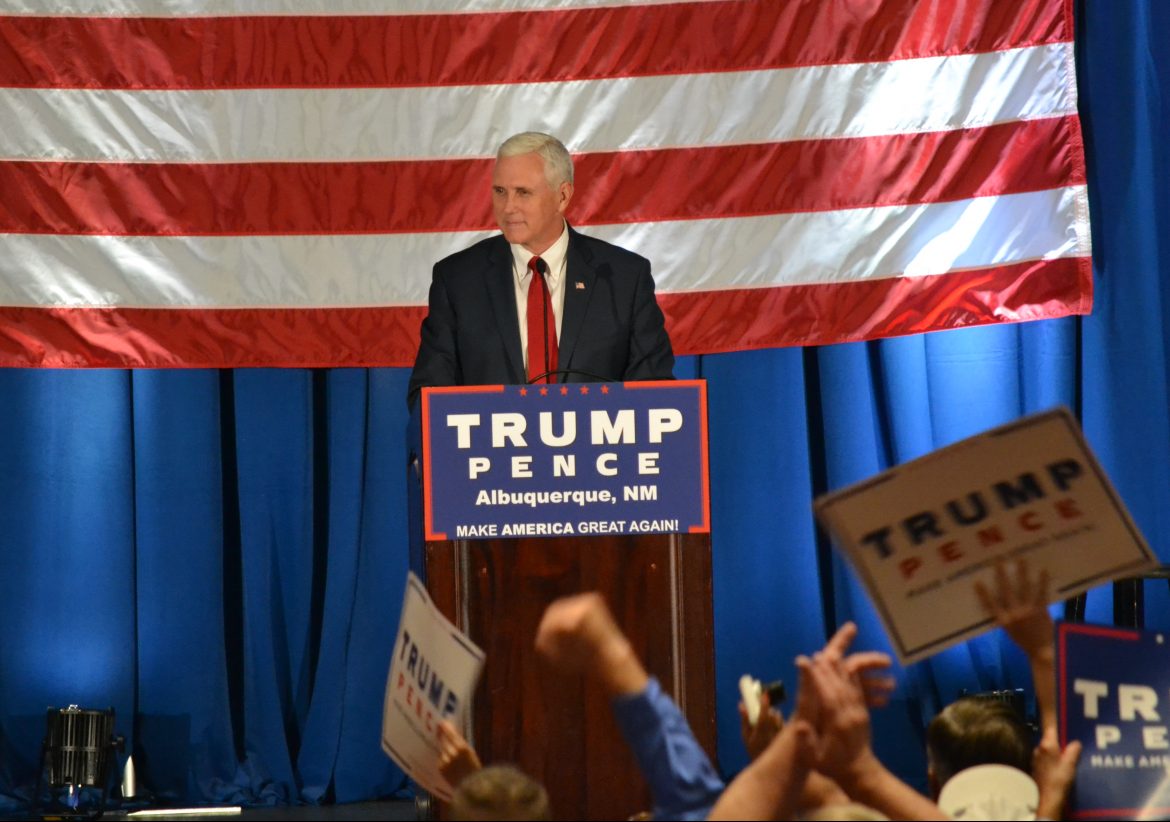 Donald Trump’s running mate is making another campaign appearance in New Mexico, days after a rally by a high-profile Hillary Clinton surrogate.

Mike Pence, the governor of Indiana and the running mate of the Republican presidential nominee, will appear at the Embassy Suites hotel in Albuquerque this Thursday, according to the Trump campaign website.

Pence campaigned in Albuquerque and Roswell in August.

Trump himself headlined a rally ahead of the Republican primary in Albuquerque.

Neither major party candidate has attended a campaign event in New Mexico since the state’s June 7 primary.

However, Libertarian Party nominee Gary Johnson has held multiple campaign events in the state in recent months. Johnson is a former governor of New Mexico, though he was a Republican when he served.

Pence’s latest trip to Albuquerque comes a day after a rally in Durango, CO and two days after Vermont U.S. Senator Bernie Sanders spoke in front of more than a thousand people at the University of New Mexico. Sanders faced Clinton in the Democratic presidential primary and, after losing, endorsed Clinton.