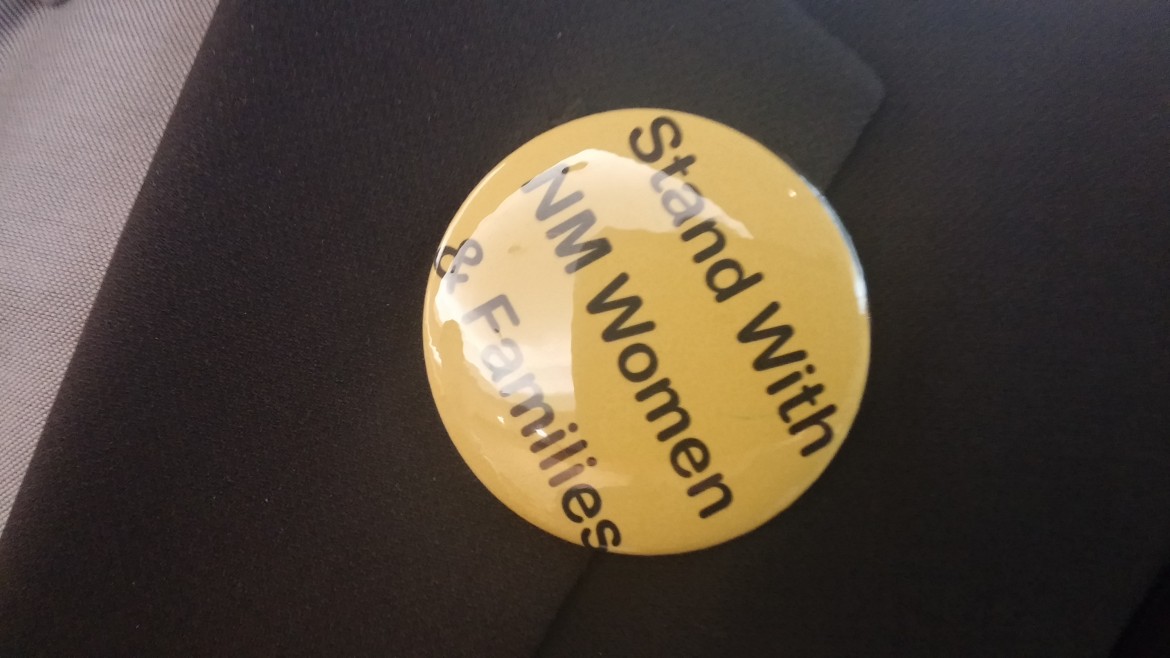 In a campaign season dominated by Donald Trump’s comments on groping women and several allegations against him of doing so, media attention on traditionally hot-button electoral issues like abortion access has been relegated to the side.

But that doesn’t mean advocates aren’t using the issue of abortion to influence elections this year.

On the local level, two political action committees on opposing sides of abortion rights are injecting thousands of dollars to influence down-ballot races.

The Right to Life Committee of New Mexico PAC, on the other hand, has spent more than $4,500 in the primaries and general election to encourage its base, which opposes abortion rights, to vote in a year that’s expected to be an uphill climb for Republicans.

Three of the four seats the Planned Parenthood PAC is targeting are in the Las Cruces area. The other is in Albuquerque, where the PAC for the women’s health provider is based.

“Mostly it’s about resources,” Marshall Martinez, public affairs manager for Planned Parenthood Votes New Mexico, said in an interview. “We have a strong organizing program in Albuquerque and Las Cruces, so it made sense in this cycle to use our existing infrastructure.”

The legislators Planned Parenthood is targeting are state Rep. Sarah Maestas Barnes of Albuquerque, state Rep. Terry McMillan of Las Cruces and state Sen. Lee Cotter, also of Las Cruces. All of them, not surprisingly, are Republicans.

All three Republicans have voted for bills restricting some abortion access rights within the past two years.

“We’re really trying to help paint the picture that reproductive health access is one part of a whole series of issues that women and families face in New Mexico,” Martinez said.

Maestas Barnes, who is seeking reelection in a swing district, has largely steered clear from making public comments on abortion.

But Martinez cites her 2015 votes in favor of two failed bills—one would have required women under 18 to notify their parents before getting an abortion while the other would have banned surgical abortions on women pregnant for 20 weeks or more—as “speaking to how she feels on the issues.”

To get its message out, Planned Parenthood is using polling data to target potential voters with phone calls and going door-to-door in each of the four districts.

Martinez said this is mostly through volunteer work, though some of it is paid. So far, he said the PAC has logged in 300 volunteer day shifts in the last two months. The PAC is also sending out mailers to prospective voters and holding a rally this Saturday in front of the Planned Parenthood clinic on San Mateo Boulevard this Saturday in Albuquerque.

“It’s a good testament to how important this issue is, in addition to knowing our message resonated with voters,” he said.

The Right to Life Committee is banking on a broader strategy.

Executive Director Dauneen Dolce told NM Political Report that her organization’s PAC has so far mailed letters to 40,000 homes in 24 legislative districts across the state. The organization also made endorsements in all of those districts.

The letters went to 40,000 households listed as supporters in the Right to Life Committee files, according to Dolce.

Still, the PAC isn’t holding any phone-banking or door-knocking this year.

In its outreach, the PAC is prioritizing state senate races as the Republican Party aims to take control of the body for the first time in roughly 30 years.

“He has been the person who has stuck every piece of pro-life legislation the most,” Dolce said.

In recent years, Sanchez has assigned bills restricting abortion access to the Senate Public Affairs Committee, which always votes to table the legislation.

The primary goal, Dolce said, is to get the legislature to pass bills like parental notification and the “women’s right to know,” which would require doctors to show ultrasounds to pregnant women before they get an abortions.

“We need to move that agenda whenever we can,” she said.

The New Mexico Alliance for Life, another organization opposed to abortion rights that’s been active in pushing some of these bills, has not spent money on races during this election cycle. The group did, however, recently offer endorsements in local and national elections.