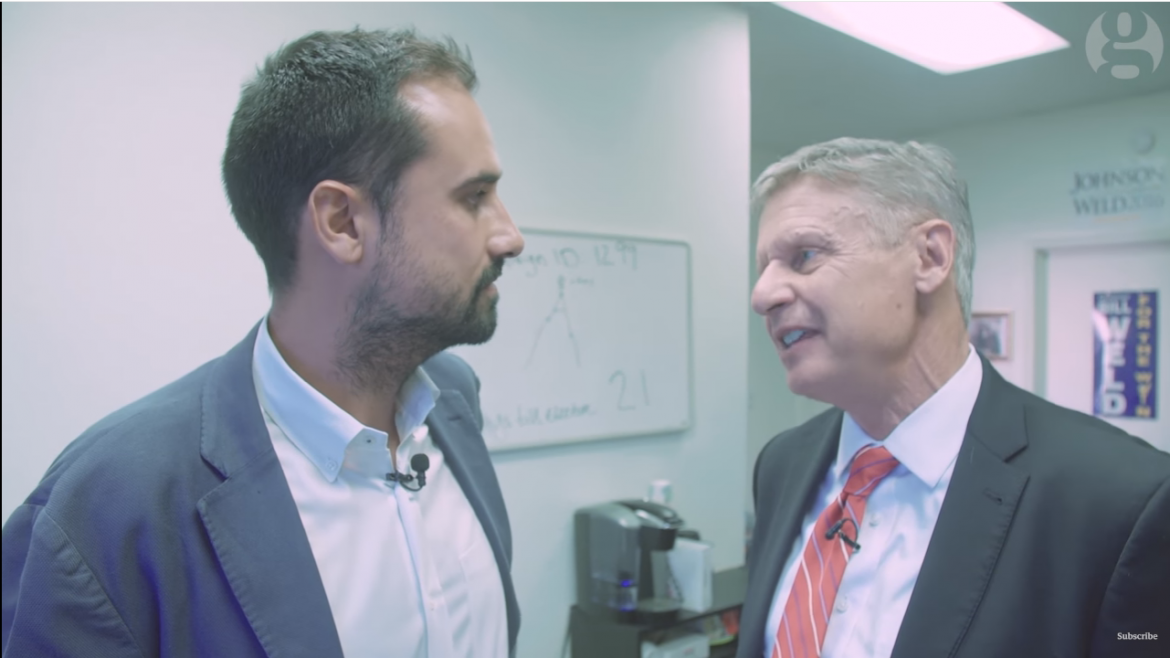 Gary Johnson was at the center of another viral campaign moment Thursday. And, like his “What is Aleppo?” gaffe, it wasn’t a flattering moment for his underdog campaign.

The Libertarian nominee for president, and former New Mexico governor, was upset at the questions from Paul Lewis, a reporter with The Guardian.

“Why are you here, then, at 6.1 percent? Why are you even interviewing me?” Johnson asked, referring to the percentage in the Real Clear Politics average of national polls. “I don’t get it. If I’m doing so poorly, is this to preside over a funeral here? It’s not a funeral. It’s a celebration.”

As of this writing, Johnson’s average in Real Clear Politics is down to 5.3 percent.

Lewis asked about Johnson’s tax plan, and why most major economists did not back Johnson’s plan to abolish income taxes and replace it with “essentially one large income tax.”

An apparently frustrated Johnson, who had a contentious interview with HBO minutes before, lashed out and started talking about the backlash he received when he announced his support for marijuana.

“Look, I came out for the legalization of marijuana, let me use that as an example,” Johnson said.

“But what’s that got to do with your tax policy?” the reporter asked.