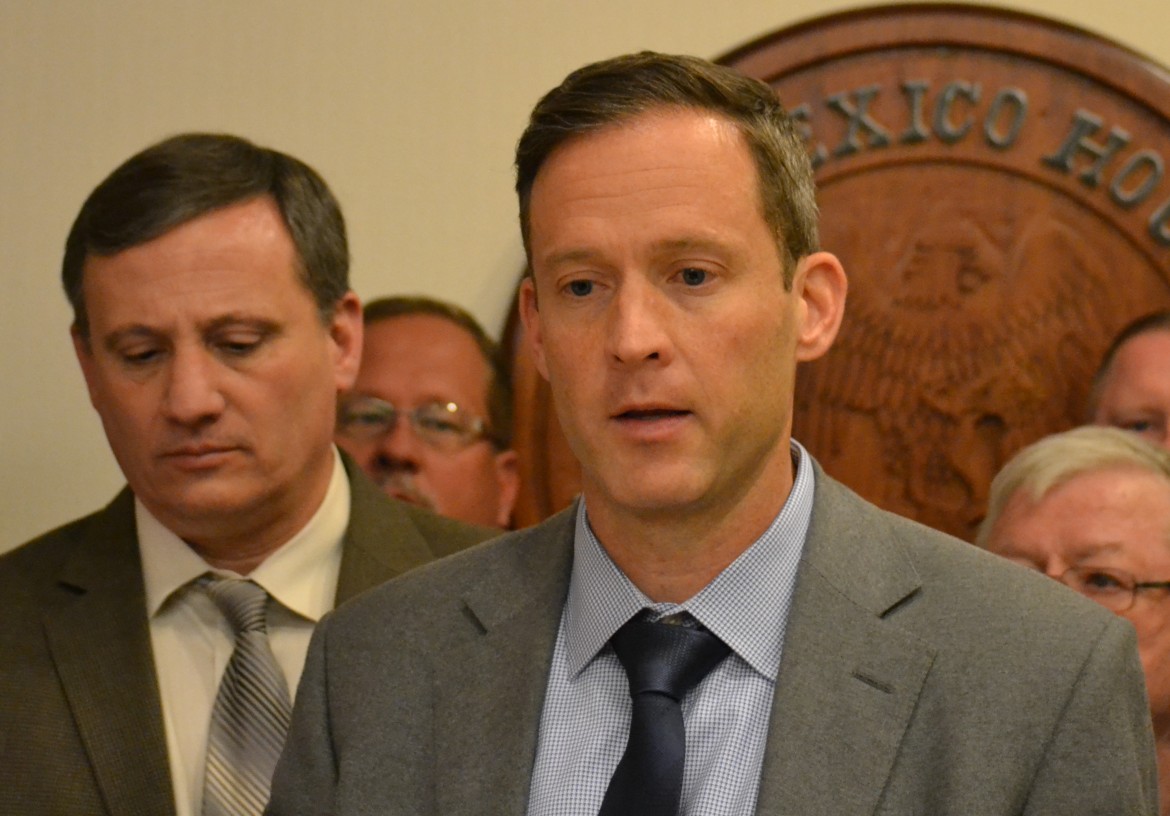 Now, the PAC is seeking to aid Republicans in state House races. Most are on the list of swing districts, like Andy Nuñez of Hatch in District 36 or Christina Hall of Albuquerque in an open seat in District 24. These are districts that many other PACs, registered at the state level, have been targeting.

But the race in House District 30 for the seat held by House Majority Leader Nate Gentry is a new addition.

Murphy, an oilman out of Roswell, told the New Mexican early and absentee voting numbers showed that Gentry might need help. The PAC sent a mailer targeting Natalie Figueroa, the Democratic candidate seeking to unseat Gentry.

From the New Mexican:

The mailer faulted Figueroa for opposing the death penalty and saying her campaign was “bankrolled” by criminal defense lawyers. But Figueroa’s campaign finance report cited in the mailer showed that out of nearly $16,000 in contributions for that period, only $1,100 were from lawyers of any sort. The major sectors backing her, according to statistics compiled by the National Institute of State Politics, are leadership PACs (committees run by legislative leaders) and political party committees.

Targeting a member of the other party’s leadership is not new.

The most high-profile race so far this year features Senate Majority Leader Michael Sanchez, a Democrat from Belen. Advance New Mexico Now and other Republican-leaning PACs will likely spend hundreds of thousands of dollars in an attempt to defeat Sanchez.

On the other side, Sanchez has support from allies to Democrats, including labor organizations.

It’s similar to four years ago, when Republicans, with the aid of PACs, defeated longtime Senator and Senate President Pro-Tem Tim Jennings. Jennings, a conservative Democrat, lost to Cliff Pirtle 52.3 percent to 47.7 percent in 2012.

No Democrat filed to run against Pirtle this year.

In addition to Murphy, the New Mexican noted that oil companies and those involved in the oil industry are the primary donors to GOAL-West PAC.