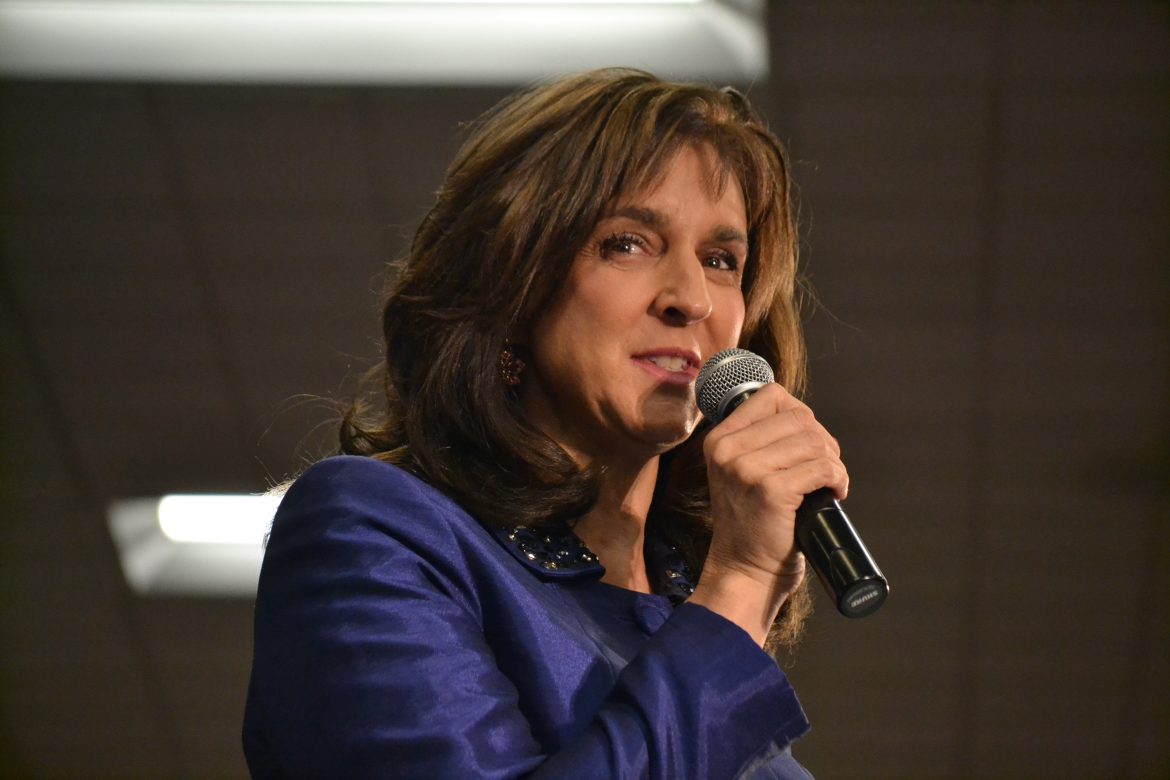 A Republican State Senator and criminal defense attorney withdrew from a criminal case last month, citing media attention. She says the attention was solicited by the state Attorney General’s office.

In her motion to withdraw, Sen. Lisa Torraco, R-Albuquerque, wrote that Democratic Attorney General Hector Balderas’ office “made false statements to the media” that interfered with her clients right to a fair trial.

“The Office of the Attorney General has successfully made Ms. Torraco’s representation of the defendant a media centerpiece and it is impairing the defendant’s opportunity for a fair trial,” Torraco wrote.

About a week after Torraco withdrew from the case, the AG’s office itself stepped aside and appointed special prosecutor Mark Drebing, former deputy for Bernalillo County District Attorney Kari Brandenburg (a Democrat).

While at the DA’s office Drebing led the prosecution in a prostitution case against former University of New Mexico President F. Chris Garcia. The DA’s office charged Garcia with running a prostitution website, but a judge ruled that the website did not constitute a “house of prostitution.” The state Legislature later passed a law to close the loophole.

In declaring Drebing as the special prosecutor, Balderas criticized Torraco’s role in the case, saying she refused to “acknowledge her potentially serious conflict of interest.”

Balderas also defended the outreach to the press by his office.

“While a public information officer does not create a conflict of interest by providing public information to the media, the interest of the Office of the Attorney General is to ensure a fair, just, and expeditious resolution of the criminal case,” Balderas wrote.

The case surrounds Tyler Danzer, who faces charges of soliciting a minor online. Denzer was in contact with a law enforcement officer posing as a young girl. As his attorney, Torraco advised him to shut down his email address and stay off the internet—something she said she would have told any of her clients.

“That is the same thing the judge is going to order anyway,” Torraco told NM Political Report in a previous interview about the case.

Torraco declined to comment on her withdrawal when reached by NM Political Report this week.

Prosecutors maintained Torraco encouraged her client to illegally dispose of evidence and added a new charge of tampering to Danzer’s case. The AG’s office then asked District Judge Briana Zamora to remove Torraco from the case, saying she could be called as a witness for the tampering charge.

Prosecutors claimed by serving as both a witness and attorney, Torraco presented a conflict in the case.

Torraco filed a counter motion that accused the AG’s office of courting media attention as an attempt to keep her from getting reelected and asked the judge to remove the AG’s office from the case.

“They’re using this to hurt me in my election,” Torraco previously told NM Political Report.

In an email, an AG spokesman denied that Balderas or anyone in his office are out to ruin anyone’s political career.

“The Office of the Attorney General does not take a position on any political race nor do politics get in the way of the office protecting New Mexico’s children, families and vulnerable populations,” spokesman James Hallinan wrote in an email.

Balderas’ office has had a contentious relationship with Torraco in the past.

During the regular 2016 legislative session, Balderas’ office pushed to revamp the state’s law on child pornography and served as expert witnesses for legislators carrying the bill. When a Senate committee amended the bill to exempt some text messages sent by minors, members of the AG’s office abruptly left a committee hearing in protest of the changes.

Torraco expressed their disapproval of the prosecutors’ actions by objecting to their presence on the Senate floor as witnesses. After a floor vote, the Senate agreed with Torraco, and the AG’s office was not allowed on the floor.

Since the dust-up earlier this year, Torraco has publicly expressed concern about how news outlets might portray her objections to the bill.

Torraco eventually voted in favor of the legislation after some changes were made.

Tallman’s campaign manager Brian Morris said Tallman asked Balderas for his support at a social function earlier in the year and Balderas agreed. Morris added that the campaign was careful not to label the AG’s support as an official endorsement.

The Democrat’s campaign sent out a political mailer with the words, “Lisa thinks the rules don’t apply to her.” The ad also says that Torraco is “making things worse” during a time of “so much corruption” and includes screenshots of news story headlines that include the words “conflict of interest.”

Morris said the campaign did not work directly with Balderas in crafting the mailer.