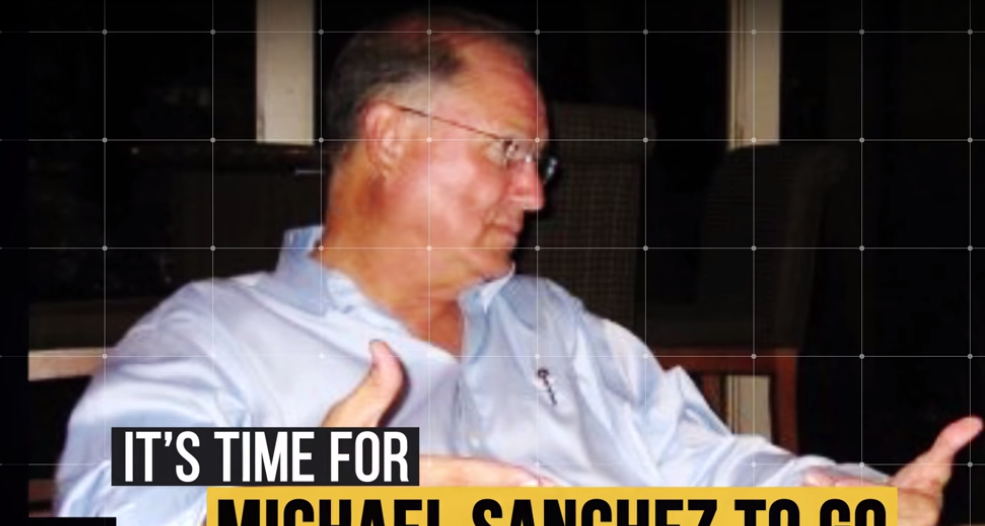 New Mexico Democrats are at war with a political action committee tied to Gov. Susana Martinez that is spouting a seemingly endless stream of negative, unfactual ads and mailers.

The PAC, Advance New Mexico Now, is using a lot of resources against state Senate Majority Leader Michael Sanchez of Belen, a longtime Martinez nemesis who has led the Senate to oppose many of her core policies.

Its most recent ad and mailer show the wife of a slain Rio Rancho police officer Gregg “Nigel” Benner officer claiming Sanchez was “cold and dismissive” when she met him and told him to support tough-on-crime laws.

“I have never met the widow of Rio Rancho police officer Benner, not once,” Sanchez said Wednesday in a prepared statement. “To lie to the voters of District 29 is a huge disservice.”

Angie Poss, Sanchez’s campaign manager, said the Senate Majority Leader’s Office corroborated reviewed schedules and notes throughout the past year and found no mention of a meeting with Benner.

NM Political Report left messages with two phone numbers associated with Advance New Mexico Now and will update this post if we hear back from them.

The ad also cites votes Sanchez took against Baby Brianna’s law, Katie’s law and a ban against child pornography. The bills cited are old and tallies of votes posted online do not show the names of legislators making the votes, though their accuracy hasn’t been disputed.

The PAC, which shares a phone number and address with Martinez’s top political advisor Jay McCleskey, is getting scrutinized for using outright falsehoods in several ads and mailers.

As of early October, Advance New Mexico Now has raised more than $1.5 million and spent more than $700,000 this election cycle. More than $200,000 of than money has gone to McCleskey Media Strategies, which McCleskey owns.

Another mailer against Sanchez accused him of traveling to Hawaii with taxpayer dollars without citing evidence. Sanchez said he has never been to Hawaii.

The Santa Fe New Mexican first reported on this mailer and confirmed that Sanchez never received reimbursements for a trip to Hawaii.

State Democrats’ contempt for the PAC—and possible fear of a loss this year for Sanchez—was on display Wednesday afternoon during a press conference held in Albuquerque’s Civic Plaza.

In the ad, the two mothers accuse Sanchez of “cradling criminals” and having “no empathy.”

“What really breaks my heart is the two mothers are being exploited by the governor and Jay McCleskey,” Serna said before praising Sanchez for supporting drug treatment programs as a means to prevent crime.

Sanchez has since responded with his own ads denouncing the PAC and its support from “out-of-state fracking corporations.” He’s also tied the PAC to his opponent.

But since Advance New Mexico Now’s blitz of ads and mailers against Sanchez began last month, Baca has maintained that he isn’t associated with the PAC. Instead, he labeled the PAC as “political opponents that [Sanchez] has accumulated over the last 24 years” of serving in the Senate.

“I have never exchanged an email or phone call with them,” Baca said of Advance New Mexico Now in an interview Wednesday. “I haven’t received money or donations from them.”

But he still said that the ads and mailers “can’t be totally disregarded.”

“We have accusations in those ads from three individual sources of how they’ve been treated in Santa Fe,” Baca said. “I think you have to take it seriously.”

Poss, for her part, called on Baca to denounce the PAC.

“We are simply questioning the validity of statements made in widely circulated radio, television and mail that is paid for by Greg Baca’s friends at Advance NM Now,” she wrote in an email to NM Political Report. “They are attempting to influence an election and voters deserve to know about their documented pattern of deceit.”