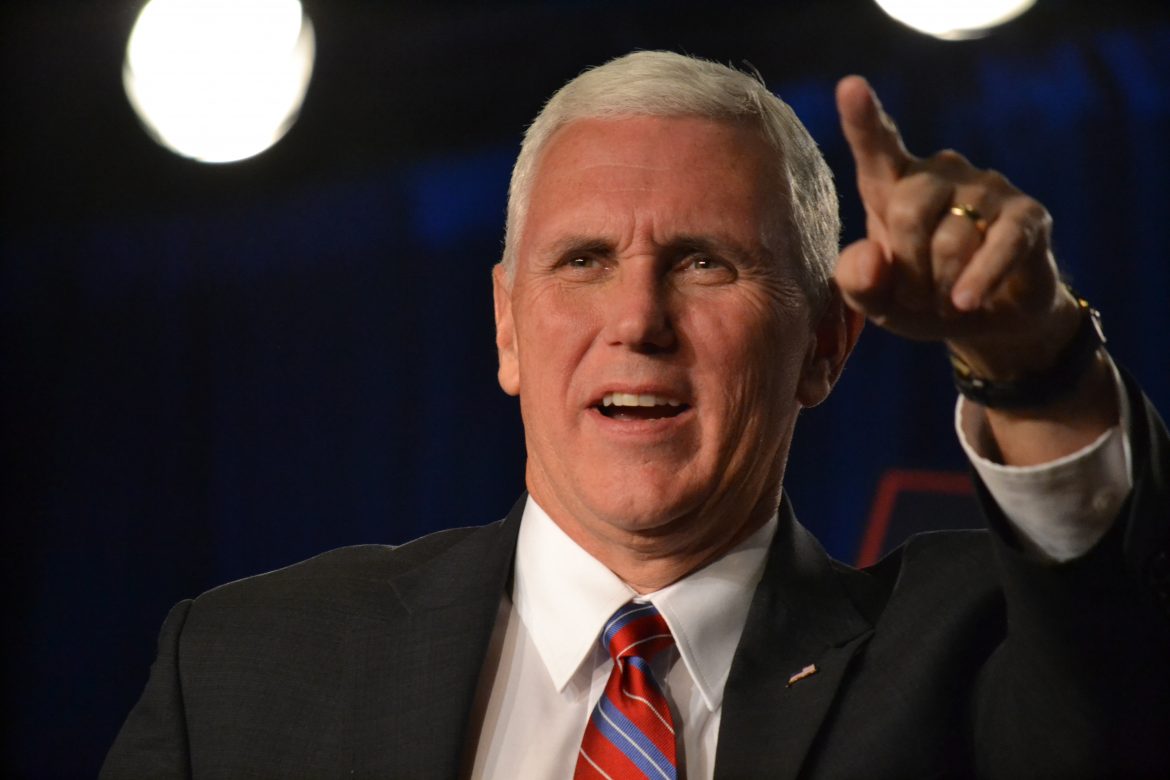 Mike Pence showed up in Las Cruces Wednesday for a campaign rally in an airport hangar and sounded confident that New Mexicans would vote for Donald Trump.

It was the third trip by Pence to New Mexico and the first to Las Cruces, as the Trump campaign seeks to put New Mexico in play after two large victories by Barack Obama in the state in 2008 and 2012.

Both the Trump campaign and Democratic nominee Hillary Clinton’s campaign are airing ads in New Mexico.

Trump has been running on the platform that he is a political outsider, and Pence—the governor of Indiana—echoed those sentiments in Las Cruces.

“Donald Trump’s got a plan in the first 100 days to pass ethics reform in our nation’s capital with a newly re-elected Republican majority leader in the House – and in the Senate, we’re going to ‘drain the swamp,’” Pence said, according to NMPolitics.net.

Pence previously made two Albuquerque campaign appearances and one in Roswell. Donald Trump appeared in May ahead of the primary elections then again this Sunday. Both appearances by Trump were in Albuquerque.

Before Pence’s speech, protesters and Trump supporters argued back and forth, as has happened at previous campaign appearances by the Republican ticket.

At Trump’s Sunday rally, protesters and supporters briefly clashed physically, though it appears no arrests were made.