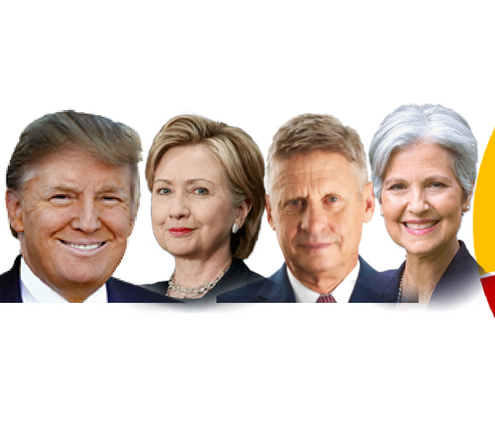 That comes from ZiaPoll, a new pollster that released four polls in the presidential race in recent months, with each showing the trend moving toward Trump.

The most recent poll, conducted on Nov. 1 and 2, found that Clinton leads Trump 46 percent to 43 percent, with Libertarian nominee Gary Johnson at 7 percent and Green Party nominee Jill Stein at 1 percent.

This poll reflects the closest margin between Clinton and Trump in any poll so far this election season, edging out a late-September Research and Polling, Inc. poll for the Albuquerque Journal which showed Clinton with a 4 percent lead. A new Research and Polling poll is expected to be released this Sunday.

One big change from the last poll was on gender. The new poll showed women backing Clinton much more than a previous poll. Clinton led by 14 percent among women in the November poll, compared with just 3 percent in the Oct. 24 poll. The Oct. 24 poll also showed Clinton leading among men by 6 percent, though the Nov. 1 and 2 poll showed Trump leading among men by 10 percent.

The pollster said that enthusiasm was factored into the weighting.

“With the frequent Wikileak [sic] email releases and the reopening of the FBI investigation into Clintons [sic] email server, enthusiasm of voters of both parties is likely to play a crucial part in the final days of the campaign,” the polling memo reads. “These small deviations from the norm have been taking [sic] into consideration when weighting the final sample.“

The poll also gave respondents the option of answering in Spanish, though just 1 percent of respondents chose that option, too small a demographic to draw any conclusions from.

Scientific polls conducted through the internet, which have more uncertainty in their accuracy because of unproven methodology, have shown slightly larger leads for Clinton.

A SurveyMonkey poll from Oct. 28-Nov. 3, for example, showed a 5 percent lead for Clinton. Similarly, a Times Picayune/Lucid Poll conducted from Oct. 28 to Nov. 1 showed an 8 percent lead for Clinton. Internet polls for Reuters/Ipsos and Google Consumer Surveys have shown similar leads, but the sample size on those polls are under 300 respondents.

The poll of 1,102 likely voters was conducted on Nov. 1 and 2 using Interactive Voice Response (or IVR) for voters with landlines. Those with cell phones were asked to call-in to complete the same survey (federal law prohibits calling cell phones using IVR technology). The poll has a margin of error of +/- 3 percent.