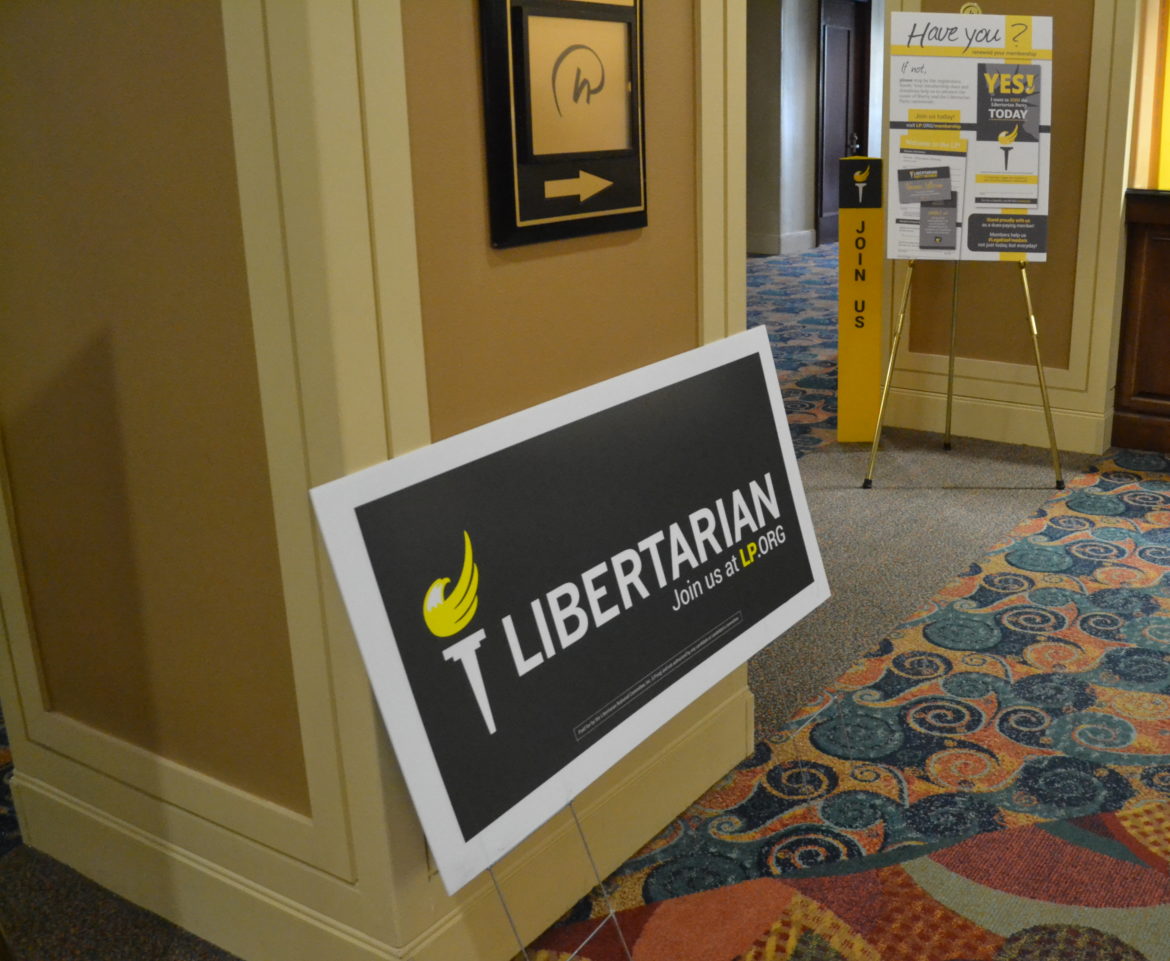 The Libertarian Party of New Mexico’s membership numbers are now high enough to qualify the group for major party status. Now that determination lies on how many votes former New Mexico Gov. Gary Johnson receives on election night in the state.

If Johnson wins five percent of the vote in New Mexico, the state’s Libertarian Party could have a nominee on the next gubernatorial ballot.

Libertarian Party of New Mexico Director Burly Cain told NM Political Report voters are finding it increasingly difficult to find a candidate they agree with, especially during this election cycle.

“Many people in this election cycle are finding that they are looking for underlying principles that match their political ideals,” Cain said. “They have not found that with the old parties and I submit that we are that party.”

Numbers from the New Mexico Secretary of State’s office show the state’s Libertarian Party has about 1,000 members over the required amount to qualify as a major party. If the party maintains three tenths of one percent of total registered voters in the state until January 2018 and Johnson gets enough votes, Libertarians in New Mexico would be considered a major party for the first time in the state.

Ballot Access News was the first to report on the updated membership. The site’s editor, Richard Winger, told NM Political Report he has followed party politics across the the country for years and said New Mexico has always had the lowest number of minor party candidates. Winger attributes New Mexico’s “unique” campaign laws as the reason almost no one runs under a minor party. In New Mexico, minor party nominees still need to collect signatures to qualify for the ballot.

“No other state that does that,” Winger said.

Winger estimates there are just under 500,0000 registered Libertarians across the country, but still hasn’t collected numbers from all of the states.

According to the Secretary of State’s Office, there are now 5,714 registered Libertarians in New Mexico, making up less than half a percent of total registered voters in the state.

Johnson poll numbers nationwide have dipped in the past several weeks. His numbers in New Mexico have dropped as well, but are still among the highest in the country. In 2012, Johnson received the support of 3.55 percent of  voters in New Mexico, his best number of any state.

Green Party membership in New Mexico is about 350 voters short to qualify even if their candidate Jill Stein receives more than five percent on Tuesday.

The Independent American Party of New Mexico has enough members at 4661, but lacks a presidential nominee on the state’s ballot.

The Green Party in New Mexico has gone back and forth between minor and major party status since gubernatorial candidate Robert Mondragon received more than 5 percent of the vote in 1994.

Primaries don’t always mean popular nominees or any nominees at all.

Winger pointed out the Green Party of New Mexico failed to produce a nominee in two primaries.

“Just because you get qualified, doesn’t mean you’re going to get nominees,” Winger said.