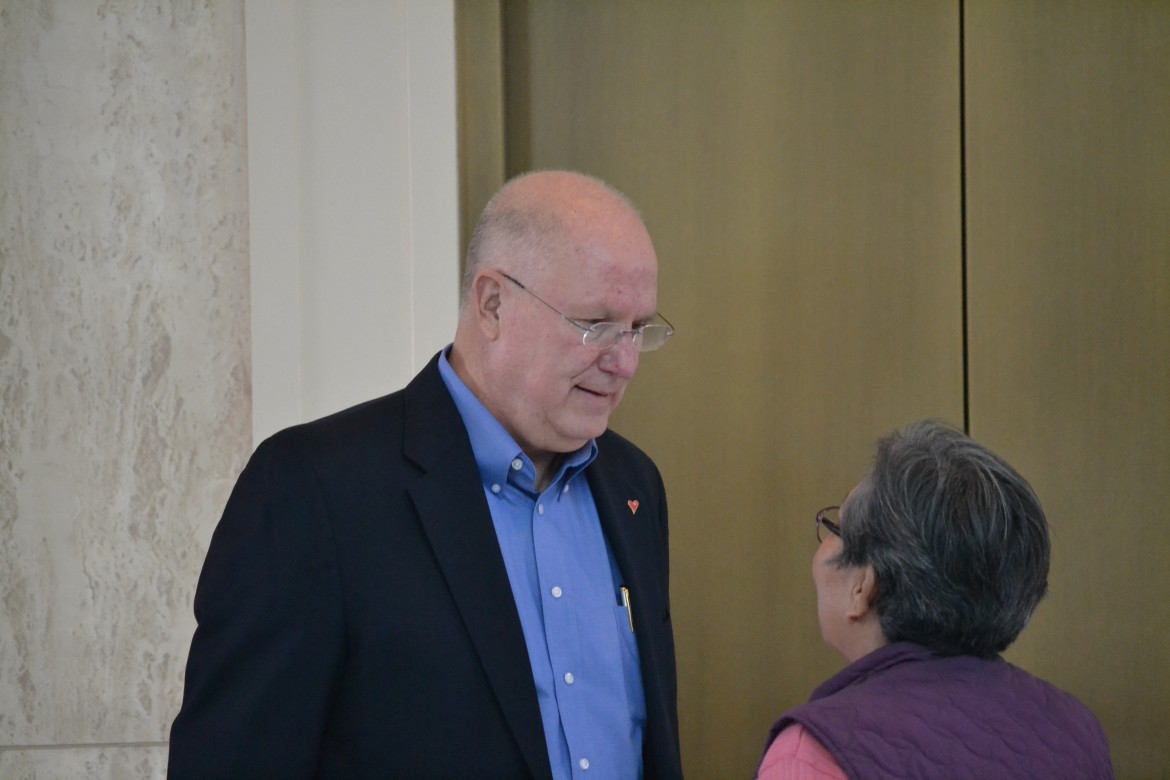 One bright spot New Mexico Republicans point to in state elections is the defeat of Senate Majority Leader Michael Sanchez.

The Belen Democrat lost after Advance New Mexico Now, a Super PAC with close ties to Gov. Susana Martinez, and other organizations targeted him for what they saw as obstruction of important issues.

In recent days, Sanchez has told media outlets this nearly single-minded focus on his state Senate district may have tipped the balance and allowed Democrats to take back the state House of Representatives while expanding their state Senate majority.

“I’m really grateful for her aiming at me,” Sanchez told the Albuquerque Journal. “They focused their attention on me, and they didn’t pay attention to what they needed to pay attention to.”

He said something similar to the Santa Fe New Mexican.

“I’m not devastated. I’m disappointed,” Sanchez said of his defeat. “But we won back the House [of Representatives] and we gained two seats in the Senate because she spent so much money and attention on me. I’ve got to thank her for that, her and Jay.”

Republicans held control of the state House for two years after winning a majority of seats in the 2014 midterm elections. Presidential election years, as 2016 was, tend to be more Democratic in New Mexico.

Meanwhile, Sanchez told the New Mexican he is considering a libel lawsuit against the PAC over false claims made in mailers in race. One mailer said Sanchez charged taxpayers for a trip to Hawaii. Sanchez said he has never been to Hawaii, and legislative staff confirmed to media that he was never reimbursed for such a trip.

Sanchez also said that an ad featuring the widow of a slain police officer contains false information. The widow, Julie Benner, said that Sanchez was dismissive to her when she spoke to him about the bills.

Sanchez, however, says he has never met Benner.