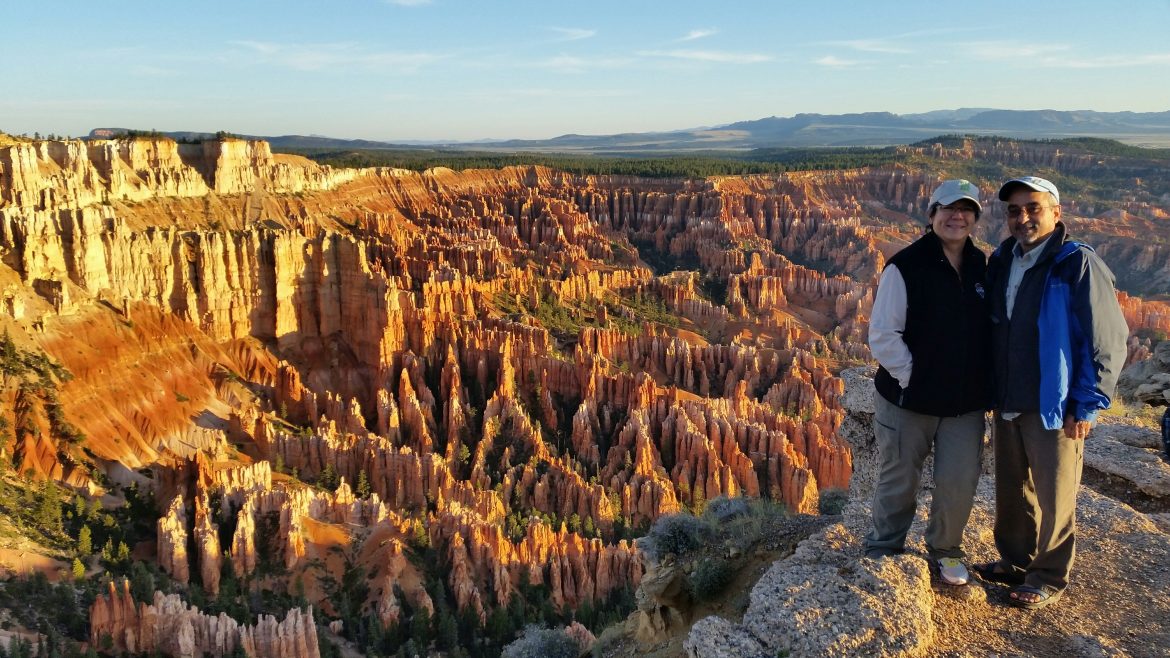 My father and mother raised my four siblings and me to appreciate the beauty of our environment by hiking, mountain climbing, and visiting parks and other natural sites. At the time I didn’t think much about it but when I reflect back on those outings I realize that there weren’t that many people who looked like us visiting or working in the parks. One of the reasons was that the Hispanic population in Oregon was pretty small back then, but another reason was likely that Hispanics didn’t feel the same connection to our public lands that my family did. The good news is that this has changed somewhat but during recent visits to some national parks my wife and I noticed that the diversity of our nation is still not reflected in these places. Organizations like our National Park Service still need to be much bolder in reaching out to racial and ethnic groups.

One hundred years ago, the National Park Service (NPS) was charged with not just the preservation of our nation’s natural history and beauty, but of cultural resources, as well—all of it for the “enjoyment, education, and inspiration of this and future generations.” These public spaces enrich our lives in countless ways and are especially important for helping children build a connection to and appreciation for the natural environment in its own right and an understanding of our cultural heritage.

In New Mexico, the NPS preserves a wide range of natural and cultural treasures: ancient cultural heritage in monuments like Bandelier and the Gila Cliff Dwellings; more recent culture in places like Salinas Pueblo Mission and Fort Union; the unique geology of Carlsbad Caverns and El Malpais; and some of the state’s breathtaking natural beauty in Valles Caldera and White Sands.

While all Americans should feel welcome to enjoy our nation’s natural and cultural treasures, data show that racial and ethnic groups are less likely to view our national parks as part of their heritage and birthright as Americans. This makes them less likely to visit these places. There are many reasons for this, including a lack of racial and ethnic diversity within the NPS staff. Without systemic change, much of the fastest growing segment of our nation’s child population—children of color—will lose out on the educational and enriching benefits of visiting our national parks. With fully three-quarters of New Mexico’s children being members of racial and ethnic groups, this is particularly an issue for our state.

The Next 100 Coalition aims to change this and that’s why NM Voices for Children has joined this diverse group of organizations. Our mission is to improve child well-being in New Mexico, particularly with an aim to ending disparities based on race and ethnicity, and we know that in a very tangible way child well-being is inextricably linked to the well-being of the land.

The Coalition has launched a plan for improving the inclusivity of our nation’s public lands. This plan includes urging President Obama to issue a Presidential Memorandum before he leaves office directing federal land management agencies to put policies and systems into place that would increase diversity among the kinds of sites protected, the stories told there, the communities engaged, and the personnel hired as stewards.

With such extraordinary places right in our own backyard, it’s easy to take them for granted and become complacent. But now, more than ever, we need to stand up for their continued preservation. We also need to fight for expanded inclusivity so that all Americans feel a sense of belonging to the land. Please add your voice to the Next 100 Coalition’s call to the president by signing this petition.