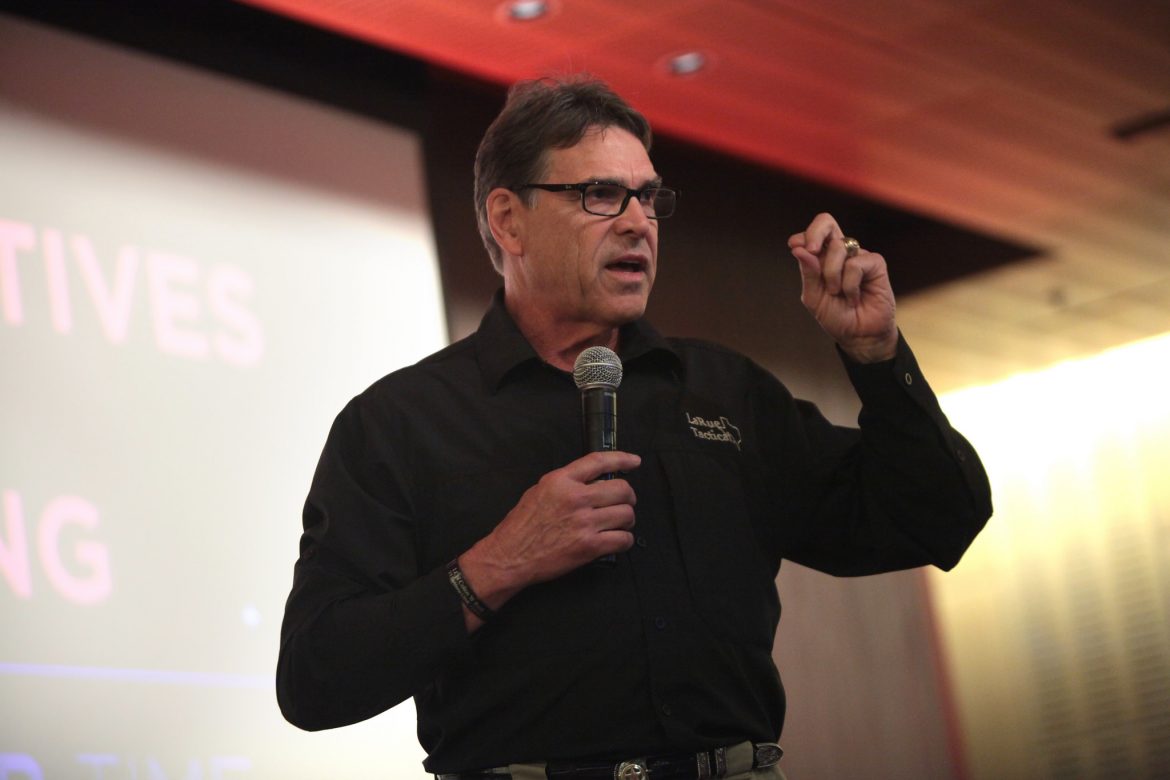 Heinrich noted that those who work at the national labs in New Mexico are affected by the Department of Energy, and called the department “New Mexico’s economic lifeblood.”

Udall also mentioned that most of the DOE budget is earmarked for “its solemn and critical responsibilities regarding our nation’s nuclear security.”

Udall brought up Los Alamos National Lab and Sandia National Labs as the “crown jewels of our nuclear security complex,” as well as the Waste Isolation Pilot Plant in southeast New Mexico.

“New Mexico is also home to the Waste Isolation Pilot Plant, the nation’s only deep geologic facility that disposes of weapons-related nuclear waste, which is closed due to a radiological accident and still faces a difficult road to recovery,” Udall said. “To win the confidence of the American people and the Senate, Gov. Perry will need to demonstrate a strong understanding of these complex challenges and lay out a management vision to execute the difficult tasks before the department.”

Heinrich had a similar message.

“President-elect Trump has signaled his blatant hostility to the Department and the workforce at our National Labs by nominating someone who has proposed eliminating this entire agency,” Heinrich said. “I’m not confident that Rick Perry is fully cognizant of the role that DOE plays in keeping our nuclear deterrent safe, secure and reliable.”

During his own failed presidential campaign in 2011, Perry famously said he wanted to eliminate three agencies. When naming them during a debate, he forgot the third, the Department of Energy—the very same agency that the president-elect is choosing him to lead.