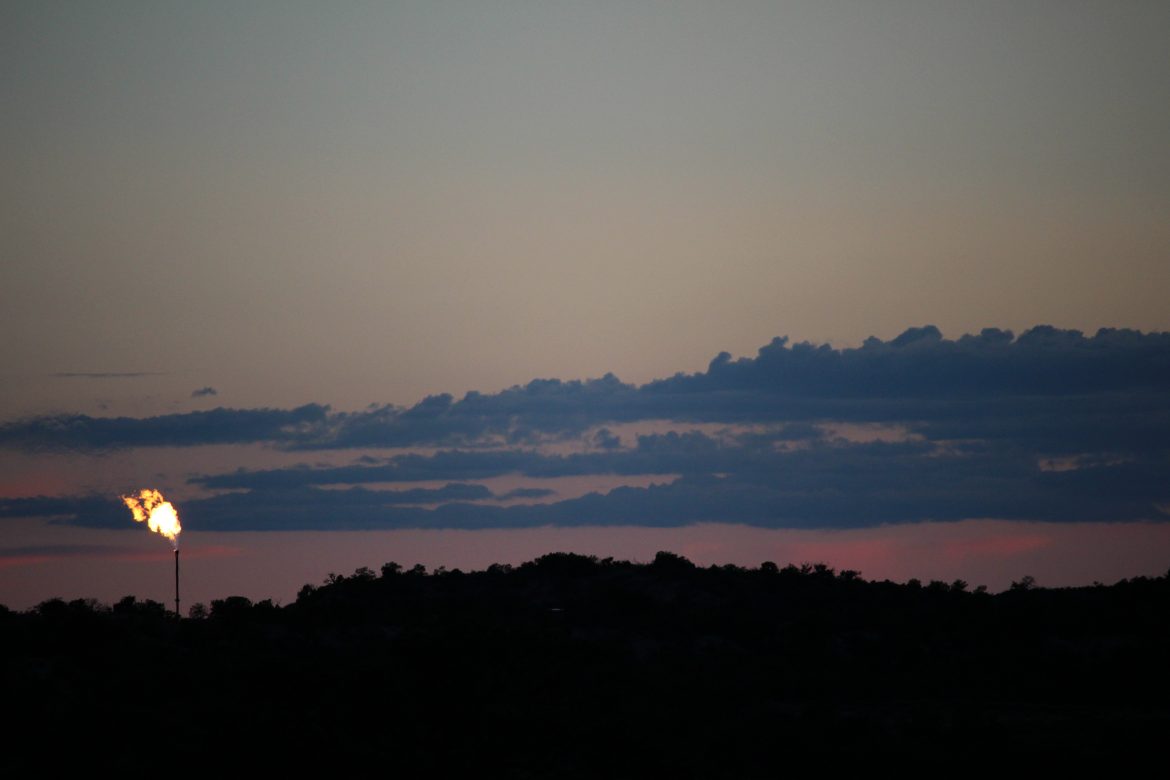 Flaring at a well in northern New Mexico.

New Mexico has joined the fight over the federal government’s regulation of methane releases from oil and gas operations.

This week, New Mexico Attorney General Hector Balderas and California Attorney General Kamala Harris filed a motion to intervene in the case the industry filed against the federal government.

The Western Energy Alliance and Independent Petroleum Association of America want to overturn the U.S. Bureau of Land Management’s rule that regulates the release of methane, or natural gas, from oil and gas operations on federal and tribal lands.

Methane is even more effective than carbon dioxide at trapping heat in the atmosphere.

Meanwhile, the states of Montana, Wyoming and North Dakota have also weighed in—but in support of industry’s request to overturn the rule.

According to the BLM, between 2009 and 2015, about 100,000 oil and gas wells on federal land released about 462 billion cubic feet of natural gas through venting and flaring.

The agency also estimates implementation of the rule could have net benefits of up to $204 million per year.

In New Mexico, the BLM manages 13.5 million acres, which have thousands of oil and natural gas wells.

According to an emailed statement from Balderas’s spokesman, James Hallinan, “It was necessary to intervene to require producers to pay royalties to New Mexico school children from gas that is unnecessarily wasted.”

Over the past few years, scientists—including those from NASA—have been studying a methane “hotspot” in the Four Corners that was spotted via satellite images. After conducting ground and air surveys last year, they identified 250 emitters of methane. They also found that 10 percent of those 250 were responsible for about half the methane emissions in the entire San Juan Basin.