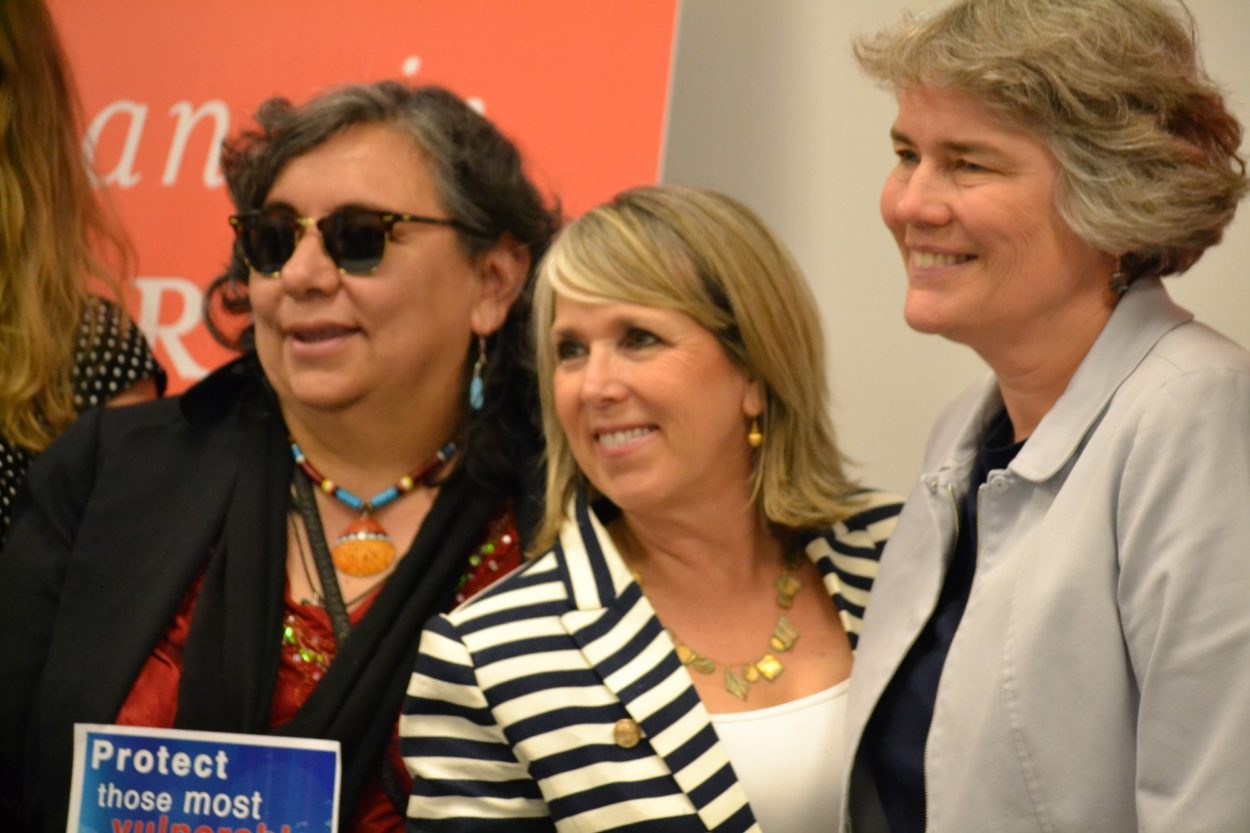 U.S. Rep. Michelle Lujan Grisham with other panelists on a discussion about the environment. Photo Credit: Andy Lyman

U.S. Rep. Michelle Lujan Grisham will be a Senior Whip in the Democratic caucus when the new Congress convenes next year.

Lujan Grisham received the position after being named by Democratic Whip Steny Hoyer on Thursday.

This is the second high-profile position for Lujan Grisham in the upcoming Congress. Lujan Grisham was recently elected chair of the Congressional Hispanic Caucus, which is made up of Hispanic members of the chamber, currently only Democrats.

Hoyer referenced that position Thursday in a statement.

“I am proud to announce that Rep. Lujan Grisham will serve as a Senior Whip in the 115th Congress,” said Hoyer. “As chair of the Congressional Hispanic Caucus, she will bring an important perspective to the whip operation. I look forward to working with her to support job creation and expand opportunity for all Americans, as well as oppose efforts to undermine critical programs that assist working families in New Mexico and throughout the country.”

Whips generally count votes among the caucus and try to make sure all the members of the caucus vote the way leadership wants on key votes.

Lujan Grisham also commented on the new position, saying she appreciated Hoyer for naming her to the team.

“We will need a united front to stop the incoming administration from dismantling Medicare and Social Security,” she said. “We need to work together to build on the job growth realized under Democratic leadership and ensure states like New Mexico aren’t left behind. And we to protect the environment from the climate deniers that President-elect Trump is appointing to prominent Cabinet positions.”

In 2015, Steve Pearce was part of the House Republican whip team, but was kicked off after bucking the party on a vote for rules on a trade proposal.

Lujan Grisham won’t be on the whip team for more than one term—she announced earlier this month that she would run for governor in 2018.