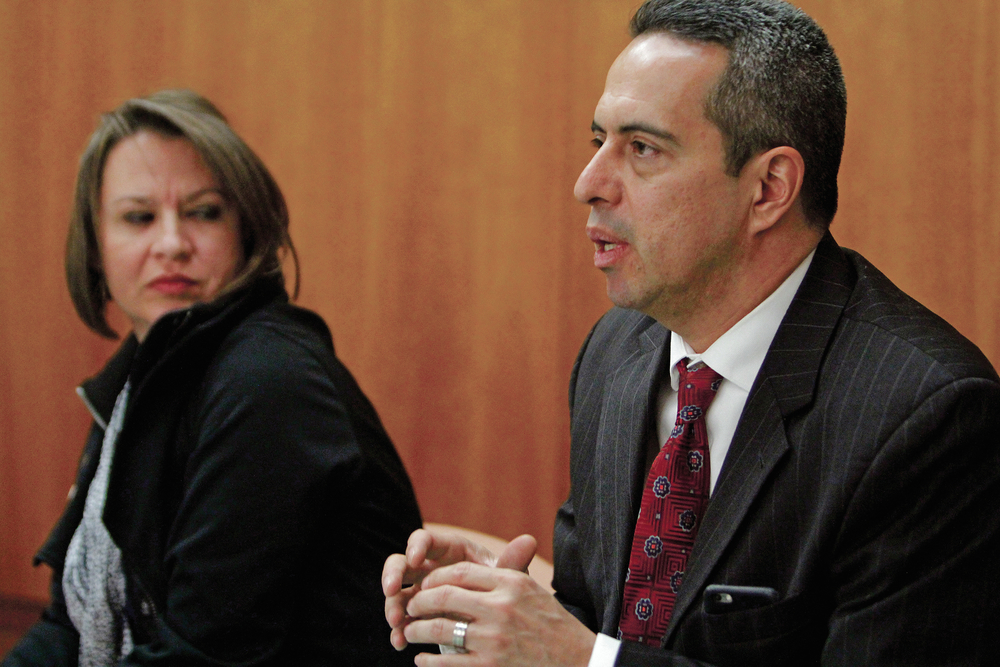 A growing number of voters don’t want to register as either Republicans or Democrats, so a bipartisan group of lawmakers is proposing legislation that would allow independents to vote in New Mexico primary elections.

Independent and third-party voters can’t participate in New Mexico’s June primaries, often a point of contention because 23 percent of the state’s voters are not affiliated with the major political parties and state funds pay for the primaries.

“New Mexico has the highest percentage of non-competitive elections in the nation,” said Bob Perls, a former Democratic lawmaker, who heads a group called New Mexico Open Primaries. It is pushing two measure that would change how primary elections are run.

One proposal, House Bill 206, would allow unaffiliated voters to choose either a Democratic or Republican ballot in primary elections. The measure is being sponsored by Reps. Jim Dines, R-Albuquerque, and Stephanie Garcia Richard, D-Los Alamos.

Another proposal, House Joint Resolution 6, would create a single June primary in which all candidates for an office would appear on the same ballot and all voters would chose among them. Then the top two vote-getters would appear on the November ballot. Rep. Antonio “Moe” Maestas, D-Albuquerque, is sponsoring the proposed constitutional amendment. It would be enacted if approved by a majority of both houses of the Legislature and then by voters in the 2018 general election.

“I am from one of the swing districts where a lot of folks don’t want their political affiliation to be public,” she said at a news conference Monday.

In her home county of Los Alamos, 23 percent of voters are registered “declined to state,” and another 5 percent are members of minor parties.

Moreover, many parts of New Mexico are dominated by one party, so elections often are decided in the primaries. That means people not affiliated with a major party are barred from voting in primaries that can be decisive.

As for Maestas, he said his proposal is modeled after the system in California and two other states. He also argued that opening the primaries would increase voter participation.

Perls said that, by opening the primaries to independents, candidates would have to appeal to a wider constituency. Under the present system, he said, the hard-core partisans in each party decide who the nominees are.

In the past, Democrats and Republicans have argued that opening the primaries would mean Democrats could vote in Republican primaries and purposely choose the weakest candidates, and vice versa.

Perls scoffed at that idea.

“I’ve never seen a single study that shows organized strategic voting has ever been effective,” he said. “It’s hard enough just to get people to vote.”

Convincing the Legislature — all 112 members are Democrats or Republicans — won’t be easy though.

In 2012, then-Rep. Andy Nuñez of Hatch, who at the time was the lone independent in the Legislature, went before the House Consumer and Public Affairs Committee with a proposed constitutional amendment to allow unaffiliated voters to vote in primaries. The committee of Democrats and Republicans voted unanimously to table the measure, killing it.

Similar legislation introduced in 2015 and 2016 never made it through the committee process in either chamber to get a floor vote.

In addition to the legislation concerning primaries, Perls’ group also is backing other reform measures.

House Joint Resolution 3, sponsored by Rep. Carl Trujillo, D-Santa Fe, and Sen. Bill O’Neill, D-Albuquerque, would take job of redistricting out of the hands of the Legislature and give that power to an independent commission.

And a yet-to-be numbered bill by Rep. Jim Smith, R-Sandia Park, would reduce the number of petition signatures required for independent or third-party candidates to get on the ballot.

Perls has personal experience with petition signatures. He attempted to get on the general election last year as an independent candidate for the state Public Regulation Commission. But he failed to gather the 3,643 petition signatures needed to make the ballot. Democratic candidates in that race only needed to submit 750 signatures, and Republicans were required to have just 450.