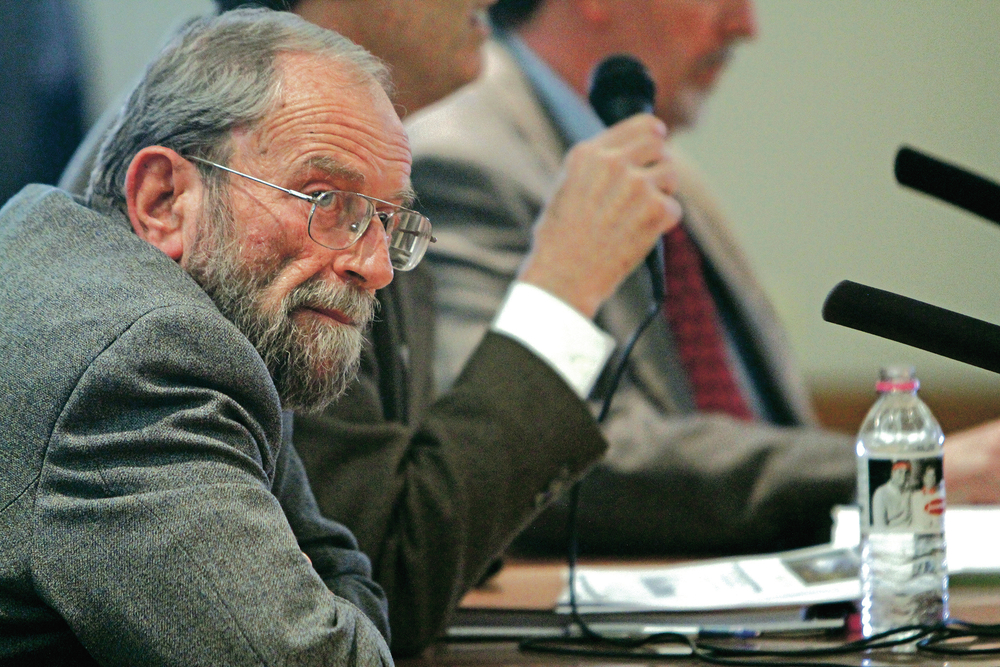 While state lawmakers continue to slash budgets, unemployment remains high, and more uncertainty than ever surrounds federal government policies, economists said Tuesday that New Mexico’s economy has stabilized and will see an uptick in growth in the coming year.

In testimony before the Senate Finance Committee, economists from the state’s two largest universities said higher energy prices are helping boost growth, and that means higher employment and income levels throughout New Mexico by 2018.

Jeff Mitchell, director of the University of New Mexico’s Bureau of Business and Economic Research, said that when he spoke to lawmakers a year ago, the price for a barrel of West Texas Intermediate crude had slumped to $26.60. That benchmark as of Tuesday had climbed to almost $53.

“I remember sitting here a year ago and we watched it go to $26.60,” Mitchell said. That affected job growth not only in energy-related industries but also in trucking, retail, wholesale trade and related sectors.

One lesson from the downturn, he said, is how much other industries in New Mexico are tied to energy production.

Jim Peach, left, of New Mexico State University's Department of Economics, Applied Statistics and International Business, and Jeff Mitchell, with the Bureau of Business and Economic Research at The University of New Mexico, talk before testifying before the Senate Finance Committee at the state Capitol on Tuesday, January 24, 2017.

Jim Peach, a professor of economics at New Mexico State University, agreed that “This year we’re in better shape.” With higher oil prices, he said, the petroleum industry can crank up production pretty quickly in the Permian Basin of Southeastern New Mexico.

The economists’ optimism comes as a new report names New Mexico as one of six energy-producing states that have have slipped into recession.

New Mexico, Alaska, Louisiana, North Dakota, Oklahoma and Wyoming each saw negative growth during the most recent fiscal year, according to the report from S&P Global Ratings.

“Initially, the downturn was felt in state finances,” S&P analyst Gabe Petek told The Associated Press. “Now this has really spread throughout their economies and highlights the risk of a concentrated economic base.”

The budget trouble is not limited to just energy-producing states, although they are among the hardest hit. A recent survey by The Associated Press of the state budget picture in all 50 states found that two-thirds are dealing with a shortfall or expect to confront one in the coming fiscal year.

UNM’s Mitchell said the traditional definition of recession is two consecutive quarters of negative growth. By that measure most of the state and its metropolitan areas — Albuquerque, Santa Fe and Las Cruces — have seen positive growth, as measured by Gross Domestic Product.

The rural areas, especially oil-patch counties, have not, and likely are in a recession, Mitchell said.

Jeff Mitchell, an economist with The University of New Mexico, talked about oil prices and other factors affecting the state's economy during testimony before the Senate Finance Committee at the Capitol on Tuesday, January 24, 2017.

New Mexico’s unemployment rate remains second highest in the United States at 6.6 percent, the U.S. Bureau of Labor Statistics reported Tuesday. But, boosted by health-care and tourism, overall job growth has been positive the last two months, unlike some energy states that are seeing employment losses.

But the overhang remains policies of newly installed President Donald Trump, who has promised to roll back the Affordable Care Act and renegotiate trade deals.

Peach said if the health care law is repealed but not replaced the state stands to lose 19,000 jobs over the next two years as more people lose insurance coverage and stop seeking health care.

“Repeal without replacement would be devastating for the state,” Peach told lawmakers.

Trump has also said he wants to renegotiate part of the North American Free Trade Agreement, which allows goods manufactured in the United States, Mexico and Canada to move across the continent without border tariffs.

That has led to a boon in manufacturing and warehousing services in Southern New Mexico, especially in the area near the Santa Teresa border crossing with Mexico.

“Even if we start talking about getting out of NAFTA it would have a serious impact on Santa Teresa,” said Peach, who served as an adviser on trade issues when NAFTA was signed in 1994.

A spokesman for Gov. Susana Martinez said she will continue to fight to diversify the state economy.

“As the Governor said in her State of the State, when (federal budget) sequestration hit, New Mexico got an up-close look at what can happen when we’re too reliant on federal spending,” said Michael Lonergan. “And we’re seeing it with oil and gas too – in just a year and a half, oil prices dropped more than 70 percent.”

The Associated Press contributed to this report.

View all Bureau of Business and Economic Research articles →