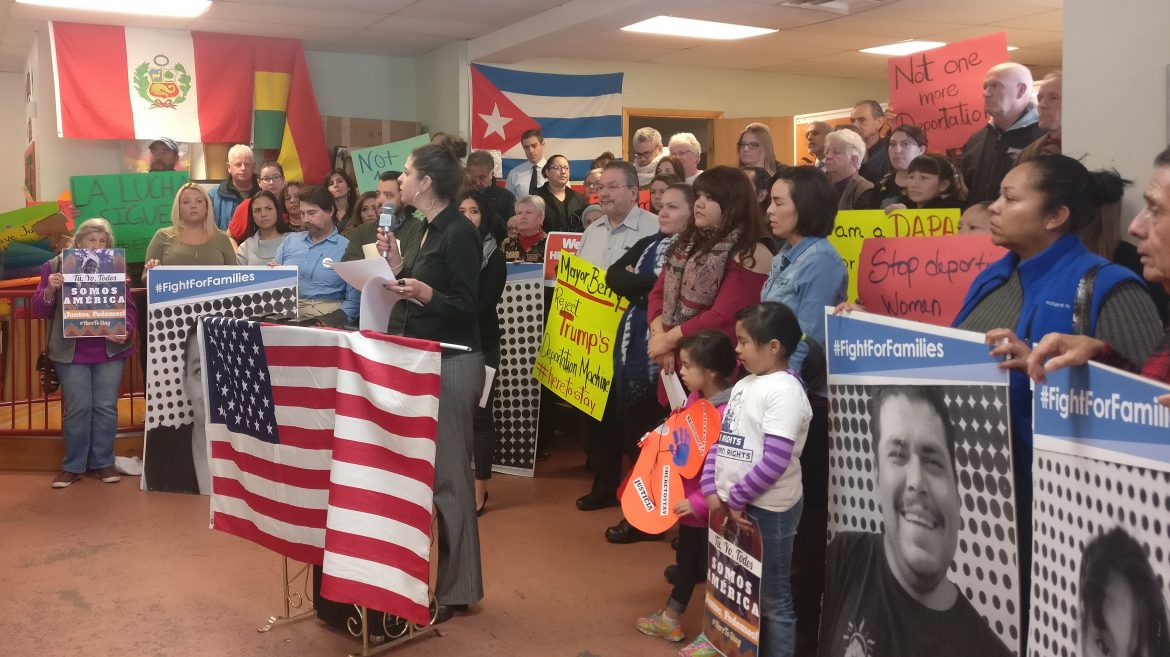 Dozens of people who oppose Donald Trump’s executive order on immigration and refugees gathered in Albuquerque Wednesday afternoon, standing behind a coalition of speakers who said they were ready to fight against Trump’s efforts.

“We will organize locally to pass and strengthen local immigrant friendly policies,” LaZar said. “We will use strategic litigation to fight back and we will ramp up some of our organizing efforts to fight back against Trump’s deportation machine and agenda of hate.”

“We anticipate being active on the ground in protesting, in opposing, even in court, threats to sanctuary cities in our state, mass deportation forces, efforts to profile people on the basis of race, efforts to conscript local law enforcement in enforcing immigration law,” Simonson said. “We anticipate seeing Mr. Trump and his agencies in court, we are ready to do that. We are eager for the fight.”

One El CENTRO member, Jessica Rodriguez spoke, aided by a translator, and also vowed to fight in her own way.

“Today’s executive orders and those promised to come are based off of discrimination and xenophobia,” Akhil said, vowing to aid “all of those who are oppressed.”

“We cannot repeat our mistakes. We will not stand for anything that resembles a forced registry nor will we tolerate any unnecessary law enforcement or show of force at the detriment of our children and families,” Bounkeua said. “Today I ask all of us to come together again as we did in the past to fight and to resist.”