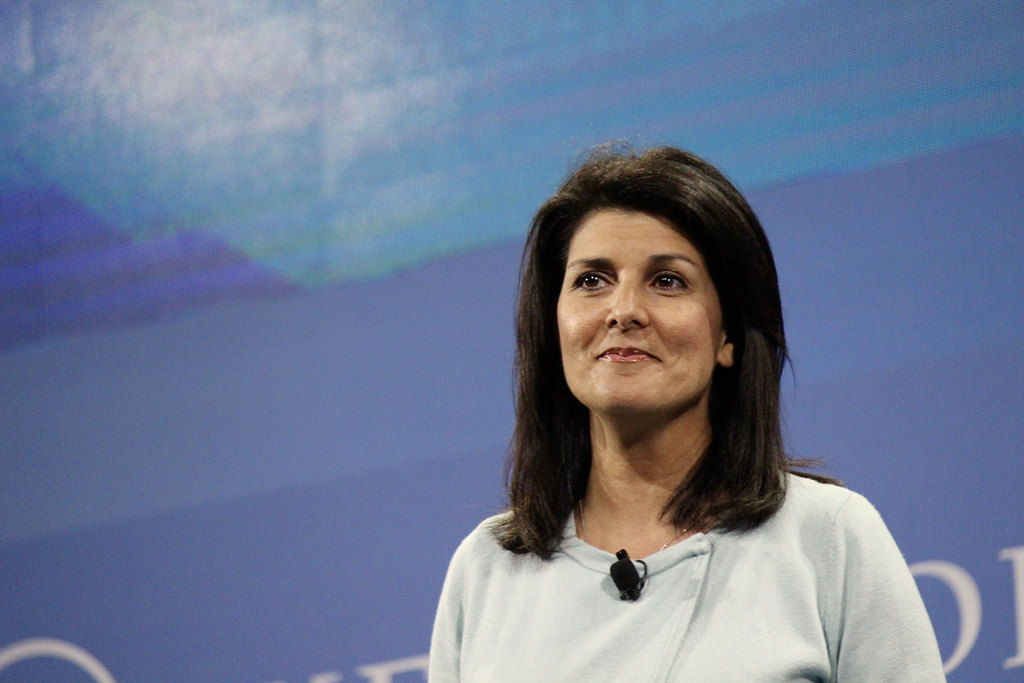 Of the four votes in the U.S. Senate against confirming Nikki Haley for United States ambassador to the United Nations Tuesday, two came from New Mexico.

Both Senators Tom Udall and Martin Heinrich voted against Haley, who easily won confirmation on a 96-4 vote.

Haley stepped down from her position as South Carolina governor after her confirmation.

Many of the nominees put forward by President Donald Trump have been opposed by Democrats. In addition to the two New Mexico Democrats, Chris Coons of Delaware and Bernie Sanders, an independent who caucuses with Democrats, voted against Haley’s confirmation.

Kirsten Gillibrand, a Democrat from New York, had voted against every other Trump nominee until voting for Haley.

Udall and Heinrich explained their votes against Haley in statements.

Udall said he did not believe “Governor Haley has the requisite experience, or the right positions on key questions of American foreign policy.”

Udall cited the nuclear deal with Iran, Cuba policies, climate change and advocating for livable wages in foreign countries as examples of where he did not believe Haley had the correct foreign policy positions.

“Like many Americans, and many of our allies, I am concerned about President Trump’s erratic statements and positions on foreign policy, and that concern is only deepened by the fact that his nominee to be ambassador to the United Nations has no real diplomatic experience,” Udall said.

“Governor Haley’s lack of foreign policy experience combined with a President who promotes isolationism and has been near outright hostile to the institution she’s been entrusted to lead gives me reason for concern,” Heinrich said.

Heinrich also said that he did not believe that Trump and Haley would “play a constructive role in addressing the refugee crisis, climate change, nuclear nonproliferation, or the fundamental operations of the United Nations.”

New Mexico has a history with the position of UN Ambassador. Before becoming governor, Bill Richardson served in the position during Bill Clinton’s second term as president. Previous to that, Richardson was in Clinton’s cabinet as Secretary of Energy.