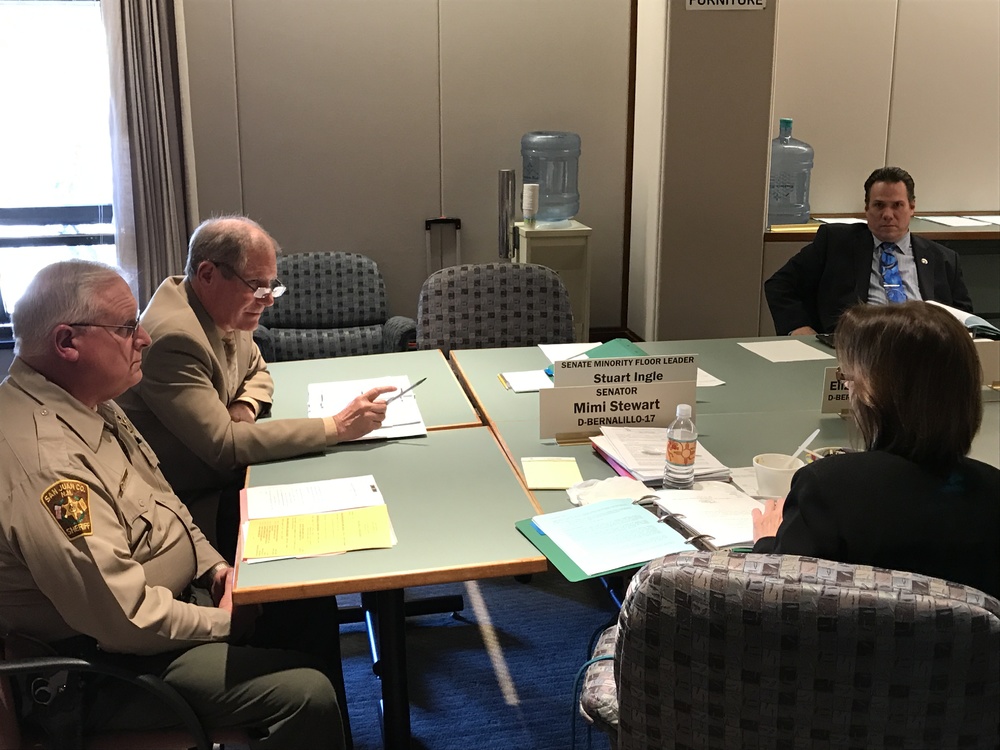 People who want to legally carry concealed weapons in New Mexico will still have to go through a 15-hour firearms training course, pass a background check and get a permit.

A state Senate committee on Friday effectively killed a bill that would have allowed people 18 or older to carry a loaded concealed handgun without a license, provided that the person is not prohibited by law or court order from possessing or carrying a firearm.

In a party-line vote, the Senate Public Affairs Committee tabled the bill by Sen. Steve Neville, R-Aztec. Democrats on the committee didn’t like the idea of junking the training requirements or the background check for applicants. Others objected to the bill applying to those as young as 18. The minimum age for obtaining a concealed-carry permit in New Mexico is 21.

The committee chairman, Sen. Gerald Ortiz y Pino, D-Albuquerque, asked why the bill was necessary. Neville replied, “There are folks who believe the U.S. Constitution doesn’t require you to have a permit to carry a concealed gun.”

Neville’s expert witness, Mike Sindelar, a detective with the San Juan County Sheriff’s Office, said that a majority of elected sheriffs in the state supported Neville’s bill. Asked why he backed it, Sindelar said, “Lots of people can’t afford it and the process is time-consuming.”

New applications for concealed-carry permits are $100, most of which goes for background checks. The training courses, taught by private instructors around the state, are an additional cost. Prices vary for the courses, which normally take place over a two-day period, but most are more than $100.

Sen. Craig Brandt, R-Rio Rancho, who voted for the bill, said carrying loaded unconcealed weapons has never required permits in New Mexico. He said that if he was wearing a loaded pistol in a holster, that would be legal unless he put on a jacket that covered the pistol.

Democrats on the committee weren’t convinced. “There’s no reason to do anything like this,” said Sen. Mimi Stewart, D-Albuquerque.

Several members of an advocacy group, New Mexicans to Prevent Gun Violence, testified against the bill.

“This will make our state less safe,” said Miranda Viscoli, co-president of the organization. “For us to get rid of the tiny bit of training required is ridiculous.”

Cheryl Haase, a member of the New Mexico chapter of Moms Demand Action for Gun Sense in America, “Instead, we should be focusing on keeping guns away from dangerous hands.”

Haase reiterated her group’s support for legislation — yet to be heard so far — that would require background checks for people buying guns online and in other private transactions.

A fiscal report on the bill by the Legislative Finance Committee says the Department of Public Safety processes more than 12,000 applications a year for concealed-carry permits, bringing in an average of $460,000 in revenue.

“It is possible that the reduced activity resulting from this bill would require a smaller staff in the Concealed Handgun Carry Unit, which currently has seven full-time employees,” the report stated. One employee is paid from the general fund and the other six are paid with money generated from licensing fees.

Contact Steve Terrell at 505-986-3037 or sterrell@sfnewmexica­n.com. Read his political blog at www.santafenewmexica­n.com/news/blogs/poli­tics.