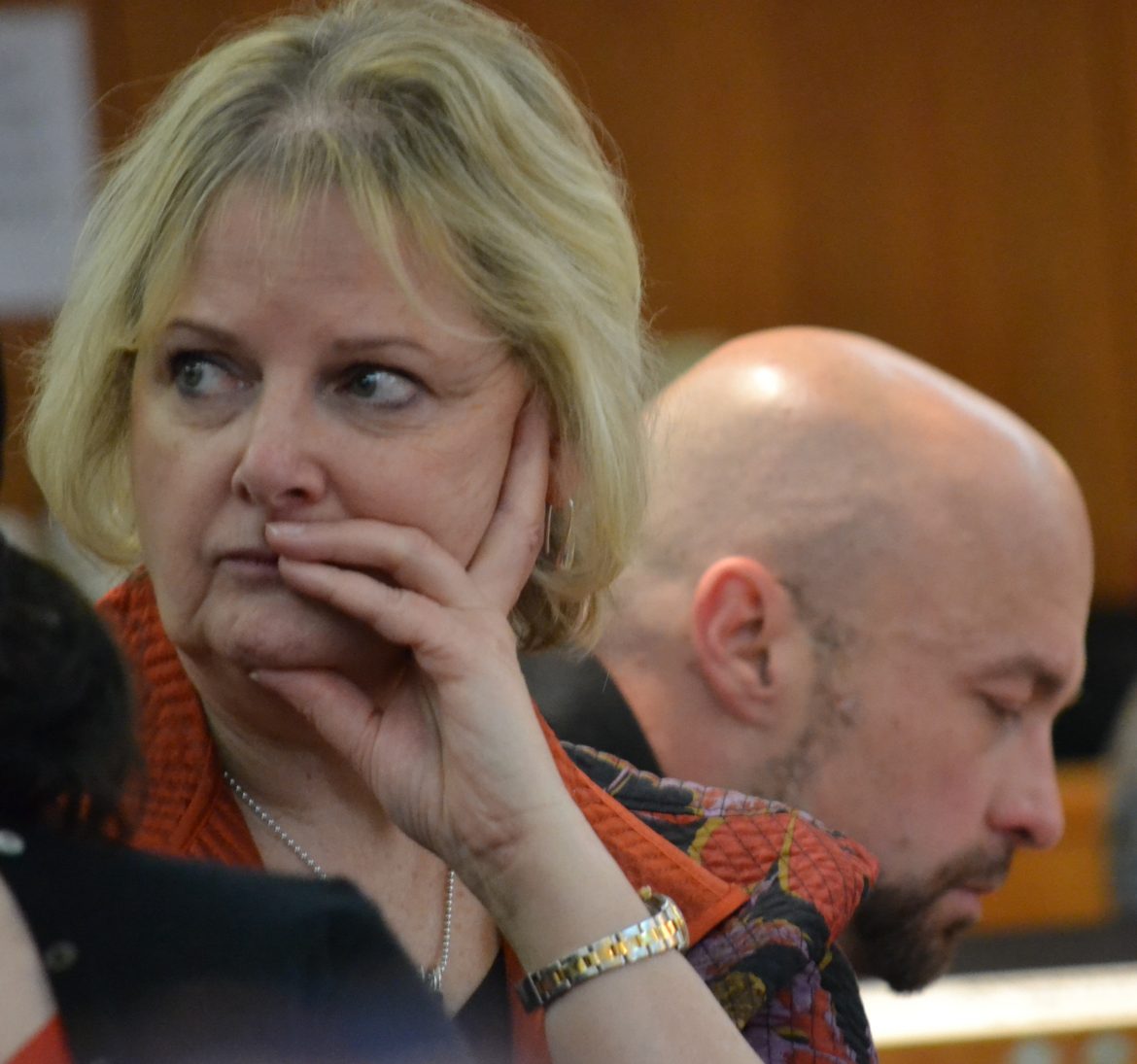 Emotional and personal stories filled a legislative hearing room Friday morning before lawmakers voted on party lines to pass a bill to allow aid in dying.

The House Health and Human Services Committee voted in favor of HB 171, which would allow terminally ill patients the choice to end their own lives through a lethal dose of prescribed medication.

Before the vote, several lawmakers were in tears when discussing personal stories about the issue. Committee Chair Debbie Armstrong, D-Albuquerque, told the committee she cared for four friends and family members as they approached death. Armstrong recounted sleeping at the foot of her friend’s bed, waking every few hours to administer pain medication.

Rep. Bill McCamley, D-Mesilla Park, recounted the story of his father and his last few years of life.

“It sucked. It really sucked,” McCamley said, holding back tears.

Rep. Rebecca Dow, R-Truth or Consequences, emotionally told members of the audience that she watched her brother die of leukemia. He left behind his children.

“I don’t think any of us are without our own stories,” Dow said.

Still, Dow said she would “put on my lawmaker hat” and put aside her emotions.

Dow raised questions about what she saw as a lack of oversight and tracking included in the bill.

Rep. Gail Armstrong, R-Magdalena, said she could not vote for the measure on moral grounds, citing her religion.

“I chalk it up to a life experience that God has given to me,” Armstrong said.

A majority of the meeting was devoted to public comment in support of the bill.

Erin Armstrong, the daughter of Rep. Debbie Armstrong and a survivor of thyroid cancer, spoke out in favor of the measure and tearfully said she was an “unhappy member of that terrible club.”

The younger Armstrong urged the committee to vote in favor so terminally ill patients might have more options during their last days.

“We deserve to consider [aid in dying] in those moments,” Armstrong said.

The bill next heads to the House Judiciary Committee.