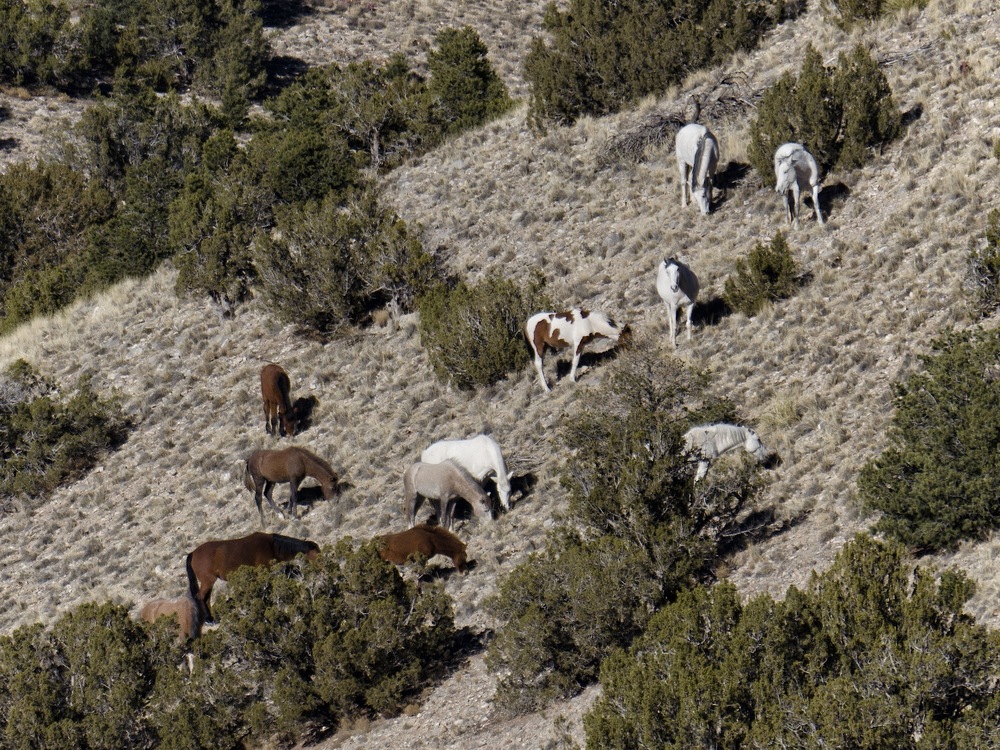 David Robbins lives 200 paces from a rectangular yellow sign that informs drivers passing through Alto in southeast New Mexico of the presence of wild horses. He says people stop to take pictures of the animals, which he says don’t pose a threat to the community. Some Alto residents disagree and say they need a legal means to get rid of the horses.

Under proposed legislation, Senate Bill 126, the state Livestock Board would have the authority to remove wild or abandoned horses from private property and sell them at auction if unclaimed.

The bill highlights a debate that has echoed in the West in recent years. Many, including federal officials, say the wild horses have grown too populous to effectively manage and, as a result, have become destructive to the land while diminishing grazing rights reserved for livestock. Others say wild horses are an invaluable symbol of the legacy of the American West and should be protected.

The issue has divided communities in New Mexico, including Alto and Placitas near Albuquerque, because of the damage wild horses have done to private land.

Robbins was among those who testified against giving the Livestock Board authority to seize wild horses on private land, telling the Senate Conservation Committee, “I am here to morally support the horses because they have no one to speak for them.”

Many who opposed the bill said they feared it was intended to ease the sale of wild horses for slaughter.

“When people come to New Mexico, they come because of the wildlife,” one woman said. “Wild horses are a treasure, they are an asset for the state, and they are almost gone.”
The bill was amended to give the Livestock Board the power to relocate wild horses from private to public land or to a horse sanctuary, adopt them out to a reliable owner or, if they are ill or injured, euthanize them.
The committee postponed a vote on final approval of the bill until at least Tuesday.

Sen. Pat Woods, R-Broadview, who introduced the legislation, said the issue is whether private landowners can keep unwanted animals off their property, just as they can keep unwanted people out. He said current laws for animal removal are unclear.

Ranchers, other private landowners, the New Mexico Farm and Livestock Bureau and the New Mexico Cattle Growers Association supported the measure. Many said the horses pose a threat to land conservation efforts, contributing to erosion by running and grazing a range down to bare rock. Others said the animals pose a safety threat to drivers and are able to spread disease to other livestock.

One potential complication of the legislation, should it become law, is that wild horses from federal lands and owned by the federal government sometimes make their way onto private land.

In a decision last September, the 10th U.S. Circuit Court of Appeals ruled that the Bureau of Land Management, which oversees wild horse herds, has no legal duty to remove animals from a range area.

The Wild Horse Observers Association and the group Animal Protection Voters said federally designated wild horses should have the same protections on private land that they do on public lands.

In New Mexico, there are an estimated 171 wild horses on federal lands, but the state’s capacity is capped at 83 horses.