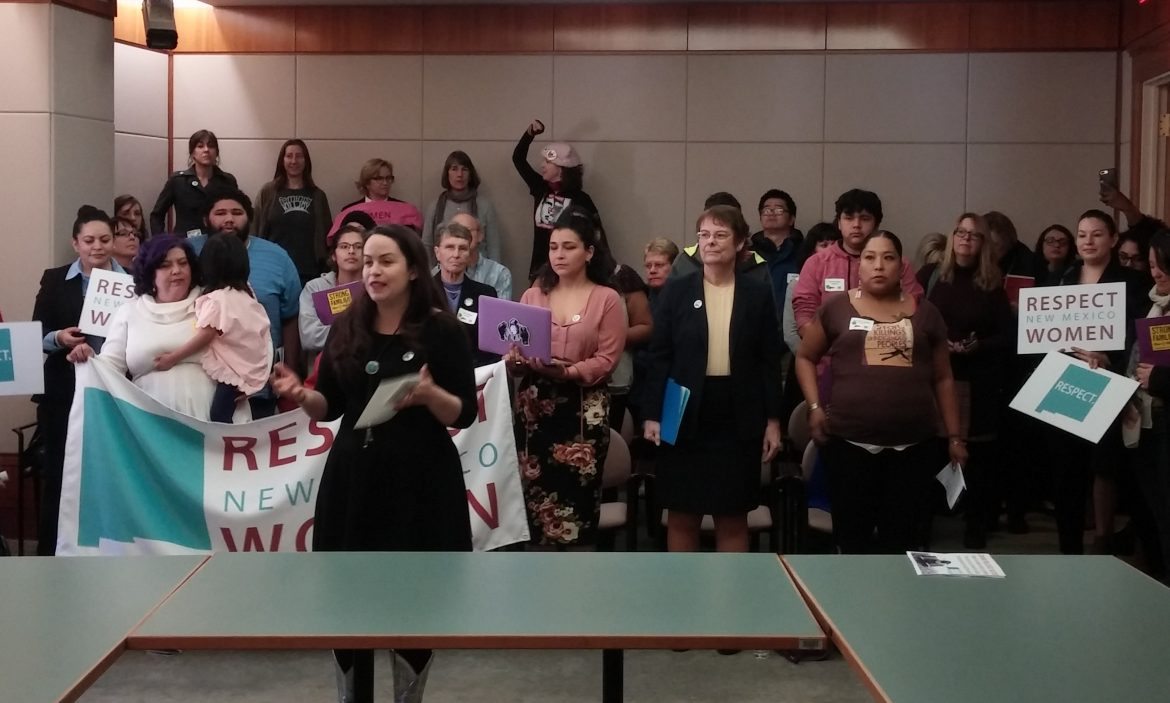 Advocates and supporters of reproductive health access and rights unveiled three bills in the state Legislature they say will improve and protect access.

This includes measures to preserve birth control access under the federal Affordable Care Act and allow women on the birth control pill to obtain one year’s worth of refills at a time, penalize medical providers that refuse to offer certain reproductive health services and procedures and require workplaces to make “reasonable accommodations” to employees who are pregnant.

Rep. Deborah Armstrong, D-Albuquerque, is sponsoring the bill to expand access to birth control. At a Tuesday press conference for the bills, Armstrong said her measure is in anticipation of contraception access through the ACA “that may be on the chopping block.”

“We’re going to ensure that regardless of what they do federally, in New Mexico we take care of women and families and let them choose what’s best for them in deciding if and when and how often to have children,” Armstrong said.

Her bill would guarantee patients access to any type of federally-approved contraception without “having to prove that something else doesn’t work” before obtaining the kind “most appropriate for you,” she said.

Armstrong also said her bill would allow for refills of 12-month’s worth of birth control pills “so you don’t have to worry about running out if you can’t get back to the pharmacy in time to get your next month.”

“I was told to go to a building away from the hospital,” Scott said, holding back tears. “I was in mourning. My pregnancy was ending and I was not allowed to have the hospital wrap its arms around me and finalize a procedure that I hoped I would never need.”

Ortiz y Pino promised his bill, which is aimed at religiously affiliated hospitals, will make sure “any woman in Dr. Scott’s situation won’t have to go hospital hunting.”

His measure would block hospitals from refusing to provide reproductive health procedures to someone who, if not able to obtain the procedure, “would result in or prolong a serious risk to the patient’s life or health.”

Under his proposal, hospitals wouldn’t be able to “limit or otherwise interfere” with a doctor’s “independent professional judgement” in providing reproductive health information, referrals and procedures “where a failure to provide” them “would violate the medical standard of care owed to the patient.”

“An effort is being made to say that hospitals as institutions can give blanket refusals to do certain procedures [to] the licensed doctors who have admitting privileges at their facilities,” Ortiz y Pino said. “This bill will make sure that that no longer happens in New Mexico.”

The third measure, sponsored by state Rep. Gail Chasey, D-Albuquerque, would require workplaces to make necessary accommodations for the health of pregnant workers. Kena Chavez-Hinojos, an organizer at Tewa Women United, spoke emotionally at the press conference about how the issue personally impacts her.

“I have a high-risk pregnancy and love and appreciate that my work allows me a flexible schedule for my many appointments that I need to ensure a healthy birth,” Chavez-Hinojos said. “I am allowed to take breaks and walk around as my doctor has told me to do. I know not all pregnant women can do that.”

Chasey’s measure defines “reasonable accommodation” as any “modification or adaptation” at the workplace for “as long as necessary” to allow a pregnant employee “to perform the job that does not impose an undue hardship on the employee’s employer.”

Under the bill, employers are allowed to require written proof from a doctor about an employee’s conditions and health recommendations.