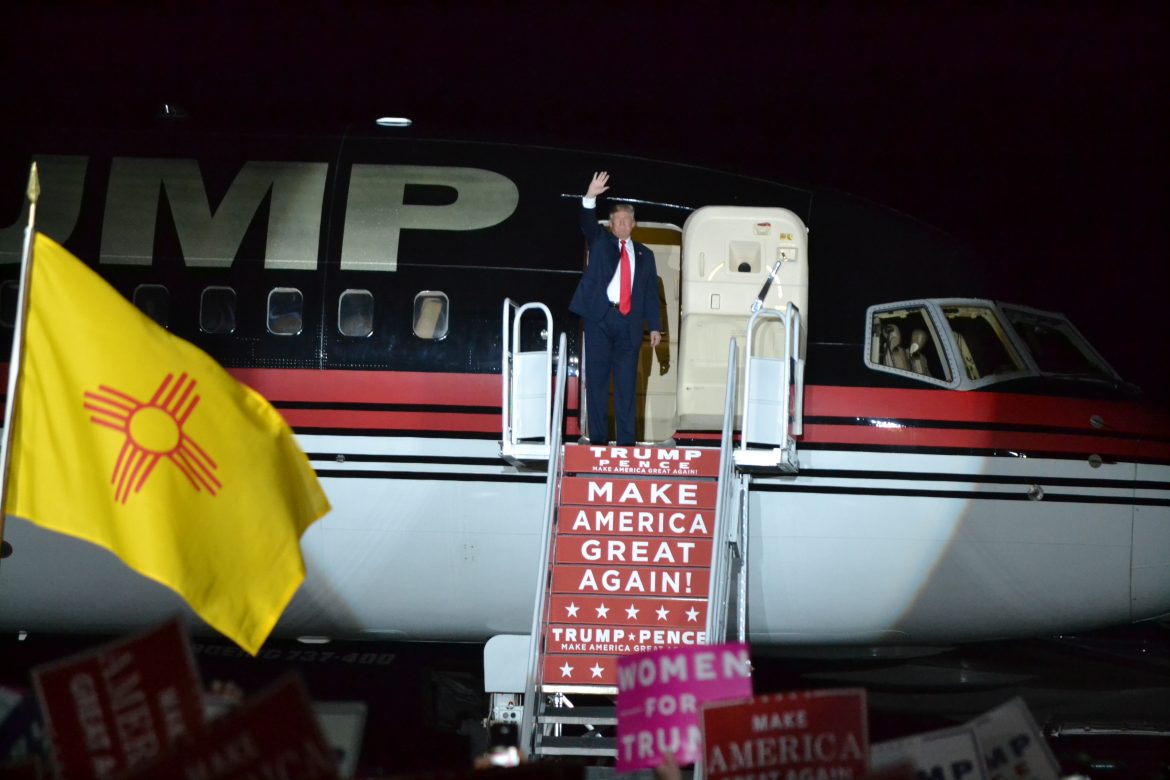 Donald Trump exiting the plane before a campaign rally in Albuquerque.

A legislative committee on Tuesday effectively killed a bill that would have required all presidential candidates to release their tax returns to be listed on New Mexico’s ballot, a measure jabbing at President Donald Trump.

The bill failed when a Democrat, Rep. Debbie Rodella of Española, joined with Republicans to bottle up the measure. It stalled on a 3-3 vote in the House Local Government, Elections, Land Grants and Cultural Affairs Committee.

Rodella told The New Mexican after the meeting that she was concerned about whether the measure was constitutional.

Rep. Georgene Louis, D-Albuquerque, sponsored the proposal, House Bill 204. Louis told the committee that the bill would be a good way to ensure trust in the candidates.

The bill would require all candidates for president and vice president to file tax returns for the previous five years with the New Mexico Secretary of State’s Office at least 56 days prior to the general election. The candidates would have to provide written consent to the secretary of state for public disclosure of said tax returns.

The tax returns would be publicly available on the secretary of state’s website with certain information redacted.

Republicans on the committee argued that the bill seemed to be aimed at Trump, who defied 40 years of tradition by refusing to release his tax returns during last year’s campaign.

Louis said that, by not disclosing his returns, it will be harder to determine whether Trump is in violation of the emoluments clause in the U.S. Constitution. That clause prohibits federal officeholders from accepting presents or emoluments from “any King, Prince or Foreign State.”

Rep. Zach Cook, R-Ruidoso, said that the legislation, if approved, could create a situation in which New Mexico Republicans would have no candidate in 2020. “I think it has a chilling effect,” he said.

And Rep. David Adkins, R-Albuquerque, argued that if the bill applied to presidential candidates, it also should apply to candidates for governor and other state offices.

Though Louis’ bill appears to be dead, an identical bill, Senate Bill 118, is still alive in the Senate. That bill, sponsored by Sen. Jacob Candelaria, D-Albuquerque, cleared the Senate Rules Committee last week on a 7-3 party-line vote. It goes next to the Senate Judiciary Committee.

But even if the full Senate passes that bill, it likely will meet the same fate in the committee that blocked Louis’ bill Tuesday.

Legislators in several other states — including New York, Ohio, Massachusetts, California, Maryland and Maine — have introduced similar bills. In New York and Ohio, the bill is called the Tax Returns Made Uniformly Public Act — abbreviated as the TRUMP Act.

But so far, no state has passed such a law.