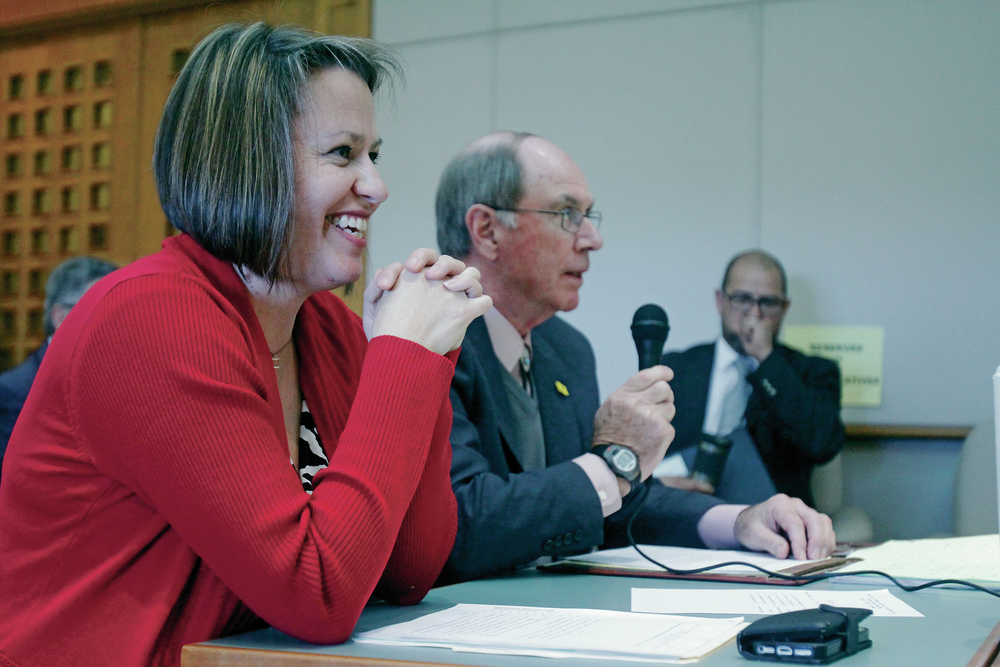 Voters unaffiliated with either of the two major political parties — currently barred from participating in primary elections — would be allowed to choose either a Democratic or Republican primary ballot under a bill that unanimously cleared a House committee Tuesday.

But judging by the reaction a similar bill received in a Senate committee earlier this week, the House bill could run into trouble if it makes it to the other side of the Roundhouse.

Statewide, nearly a quarter of registered voters are not allowed to participate in publicly funded primaries. As of the end of January, independent voters made up 19 percent of the registration, while minor parties make up an additional 4 percent.

Garcia Richard also argued that many parts of the state are dominated by one party, so local races frequently are decided in the primary rather than the general election. This means people who are not affiliated with a major party in these areas are essentially barred from choosing candidates for key offices in their communities.

The Senate Rules Committee on Monday heard a similar bill, Senate Bill 205, sponsored by Sen. John Sapien, D-Corrales. There, Sen. Daniel Ivey-Soto, D-Albuquerque, had pointed questions about the legislation, bluntly saying he couldn’t support the bill in its present form. He described it as “unconstitutional’ and “not well thought-out.”

The bill would violate the U.S. Constitution, he said, because it would force the major political parties to allow people who aren’t party members to vote in their primaries.

Ivey-Soto cited a unanimous state Supreme Court decision issued last week that found the current system of excluding those not registered as Democrats or Republican is not in violation of the state constitution. Chief Justice Edward Chávez, in his written opinion, said requiring voters to register with a political party in order to vote in primary elections is not overly taxing and instead helps to preserve the “purity” of the election process and protect against abuses to the system.

Referring to the current closed-primary system, Ivey-Soto said any independent voter is free to change registration to Democrat or Republican several weeks before a primary, vote in the primary, then change registration again a few days after the election. “This is by no means an onerous process,” he said.

But the high court left open the possibility for legislative changes — such as Sapien’s and Garcia Richard’s bills — saying the ruling did not deem an open primary election unconstitutional.

Ivey-Soto said he would be willing to support a bill like one introduced in 2015 by Sen. Bill O’Neill, D-Albuquerque, that would allow the major parties to decide whether to allow independents or minor part members to vote in their primaries. O’Neill’s bill never made it out of the Senate Rules Committee.

Sapien agreed to rewrite the bill to make it more like O’Neill’s. The Rules Committee, which didn’t take a vote Monday, is scheduled to consider the bill again Wednesday.

There is another piece of legislation this year aimed at letting independents vote in primaries. House Joint Resolution 6, sponsored by Rep. Antonio “Moe” Maestas, D-Albuquerque, would create a single June primary in which all candidates for an office would appear on the same ballot, and all voters would chose among them. Then the top two vote-getters would appear on the November ballot.

Maestas’ measure, which he says is modeled after California’s primary system, has not been scheduled for a committee hearing.