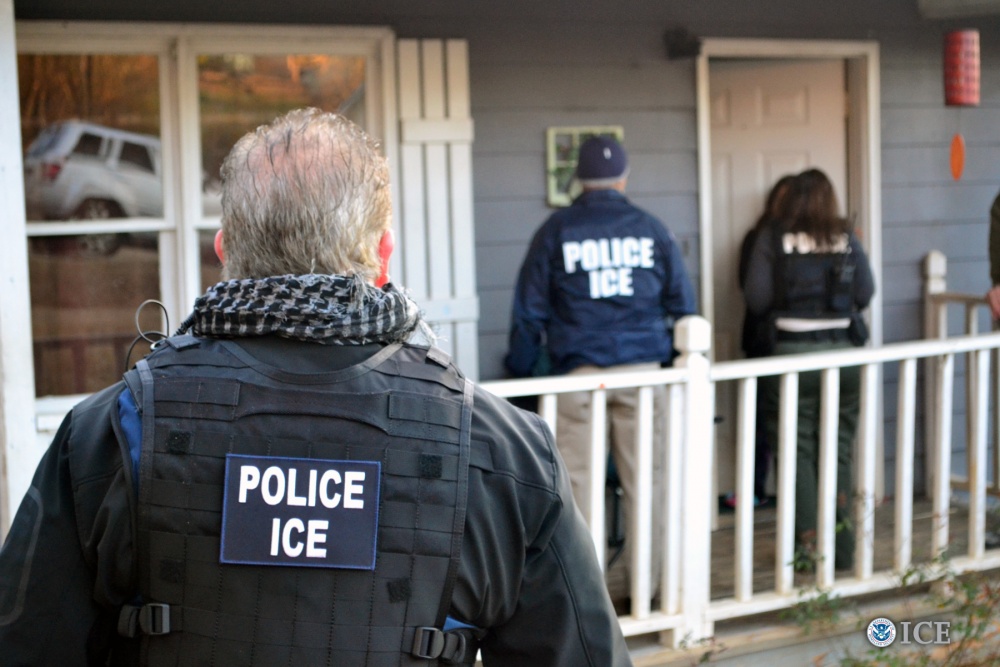 Fernando Garcia, the executive director of the Border Network for Human Rights, told NM Political Report his group was able to confirm that some sort of immigration activity took place in Chaparral and Las Cruces.

“We don’t know the extent of the activity,” he said in a brief interview.

He said it wasn’t clear if this was only targeted actions at certain individuals, or if they were wider raids, as have been reported in other states.

In an email, ICE spokeswoman Leticia Zamarripa declined to confirm the operation to NM Political Report, saying they “will not confirm an operation prior to its completion, nor will ICE speculate on future operational activities.”

NM Political Report had asked Zamarripa to confirm actions in Las Cruces and also for information about any other recent enforcement in New Mexico.

“ICE regularly conducts targeted enforcement operations during which additional resources and personnel are dedicated to apprehending deportable foreign nationals,” Zamarripa said. “All enforcement activities are conducted with the same level of professionalism and respect that ICE officers exhibit every day.”

She added that  “targeted enforcement operations” are consistent with those routinely carried about by ICE’s Fugitive Operations Teams.

“We don’t know who they are arresting yet,” Garcia said. “We are concerned. We are very concerned.”

The actions in southern New Mexico took place one day after ICE officials canceled a scheduled meeting to discuss the raids with the Congressional Hispanic Caucus. New Mexico U.S. Rep. Michelle Lujan Grisham, chair of the caucus, has criticized ICE raids and the agency’s last-minute cancellation of the meeting.

Members of Congress have been asking whether the raids are the result of a new executive order signed by President Donald Trump.

U.S. Sen. Tom Udall said he was “extremely troubled” by what he heard about the raids.

“I want clearer answers about whether these immigration actions are a result of stepped up enforcements because of President Trump’s immigration order — ICE and the administration need to explain what’s going on, how they are making decisions about what actions to take, and why,” the Democratic Senator said in a statement to NM Political Report. “This is an example of the serious consequences of the president’s executive order, which categorizes all undocumented immigrants as criminals. That approach is totally counterproductive — we should be putting maximum law enforcement resources toward getting dangerous criminals out of our communities.”

Udall said that Trump should focus on comprehensive immigration reform.

U.S. Sen. Martin Heinrich also criticized the raids and said he was “closely monitoring” ICE’s activities both in New Mexico and across the country.

“I will not stand for discrimination or for policies that are contrary to our fundamental American ideals and values. We should never be a country that kicks out our best and brightest students,” Heinrich said. “And we must not be a nation that tears families apart. New Mexicans can count on me to continue to fight for real solutions to reform our nation’s broken immigration system and reflect the perspectives of our border communities.”

Heinrich also said that Trump’s “attacks and threats” were creating “uncertainty and fear.”

An ICE official said to NM Political Report the raids were “ICE’s duty.”

“The taxpayers of this country spend a significant amount of money on the apprehension, detention, and judicial proceedings for individuals entering the US in violation of federal law,” the official said. “When a federal court issues a final decision, those orders must be implemented by ICE.”

According to a report by the University of Syracuse, 615 people left ICE custody in New Mexico. Of those, 543, or 88 percent, were deported.

ICE declined to address if the raids spring from the executive order signed by Trump or are ongoing from the previous administration.

But an ICE official did say in a statement: “The president has been clear in saying that DHS should be focused on removing individuals who pose a threat to public safety, who have been charged with criminal offenses, who have committed multiple immigration violations or who have been deported and re-entered the country illegally.”