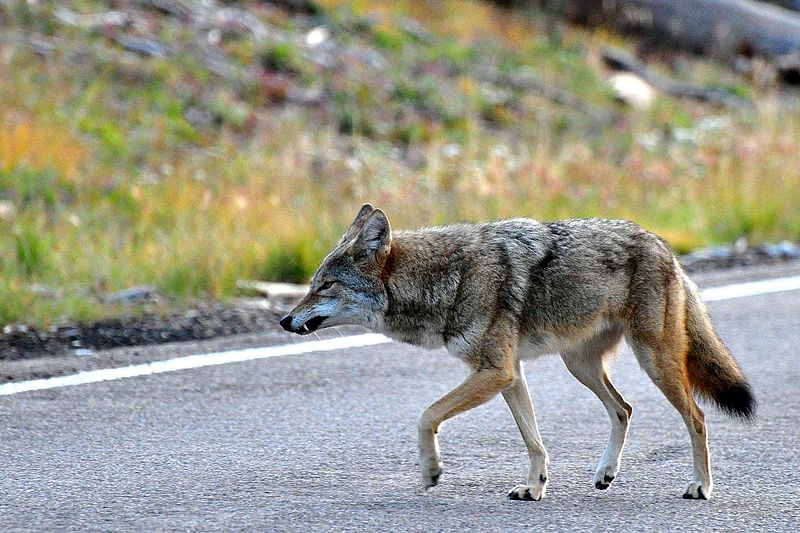 The state Senate Conservation Committee approved a ban Monday on coyote-killing contests in New Mexico after hearing from advocates, who called the contests barbaric, and opponents, who argued the competitions are a way to reduce coyote killings of livestock.

Similar legislation was approved in the Senate in 2015 but died in the House.

Sen. Pat Woods of Broadview, the top Republican on the Senate Conservation Committee, voted against the legislation, Senate Bill 268. He said he received a call from a rancher in McCalister who reported he had lost 200 lambs since the beginning of the year to coyotes.

“And as to the coyote-calling contests being barbaric, wildlife are barbaric,” Woods said. “It’s an eat or be eaten world.”

Supporters refer to the contests as calling contests, not killing contests, because hunters use various sounds to draw in and attract curious coyotes.

“It takes a lot of skill to lure a coyote in,” Kyle Jackson with the New Mexico Conservation Officers Association said as he waited outside the committee room to testify. “They are smart animals. They’re survivors.”

Jackson said his group, which represents game wardens, opposes the ban in part because “coyotes are a prolific species. Unchecked they prove fairly detrimental on livestock. The calling contests are a way for the public to help mitigate those populations.”

He said a recent study in the Valles Caldera National Preserve found that the no. 1 predator killing elk calves was black bears. The second was coyotes.

Opponents also said the bill would open the door for more legislation to stop the hunting of all species.

Supporters of the bill called the contests, which offer a reward to the hunter who kills the most coyotes, not only barbaric, but irrational.

Rep. Nathan Small, D-Las Cruces, who spoke from the audience in favor of the bill, said the contests negatively reflect on sportsmen like himself.

Outside the committee room, Garrett VeneKlasen, executive director of the New Mexico Wildlife Federation, agreed with Small. “I don’t have a problem with hunting coyotes and calling, but I have a problem with the way the public perceives what we do,” VeneKlasen said. “We have to be respectful and discrete.”

People sponsoring the coyote-calling contests are commercializing it. “The hype around the contests is a great way for the people who sponsor these to get attention. They don’t realize the damage it is doing to the greater sportsmen community with the public,” VeneKlasen said.

He said he was only speaking for himself. The federation is taking no official stand on the bill since it has members both in favor and opposed.

Carnivore conservation biologist David Parsons, an expert witness who spoke before the Senate Conservation Committee at the sponsors’ request, said science doesn’t back up the argument that the killing contests help reduce coyote populations.

“Turns out predators do a better job of controlling their own numbers than they do when we shoot them,” said Parsons, who gave the committee a letter signed by 35 wildlife biologists opposing the coyote-killing contests.

Studies have shown coyote packs not broken up by hunters have fewer females breeding and at an older age. “And fewer of the pups survive,” Parsons said. “If you break that up, suddenly 90 percent of the females breed and at a younger age. More of their pups survive because they are in recolonization mode. It’s a key point of science to this issue.

“Killing them whacks them back for awhile, but in two years they are back and sometimes more of them,” said Parsons, who retired from the U.S. Fish and Wildlife Service.

Some ranchers are trying effective non-lethal means of co-existing with coyotes, he said, including bringing cows off the open range into pens before they calve, using guard animals to protect them and using range riders to herd livestock.