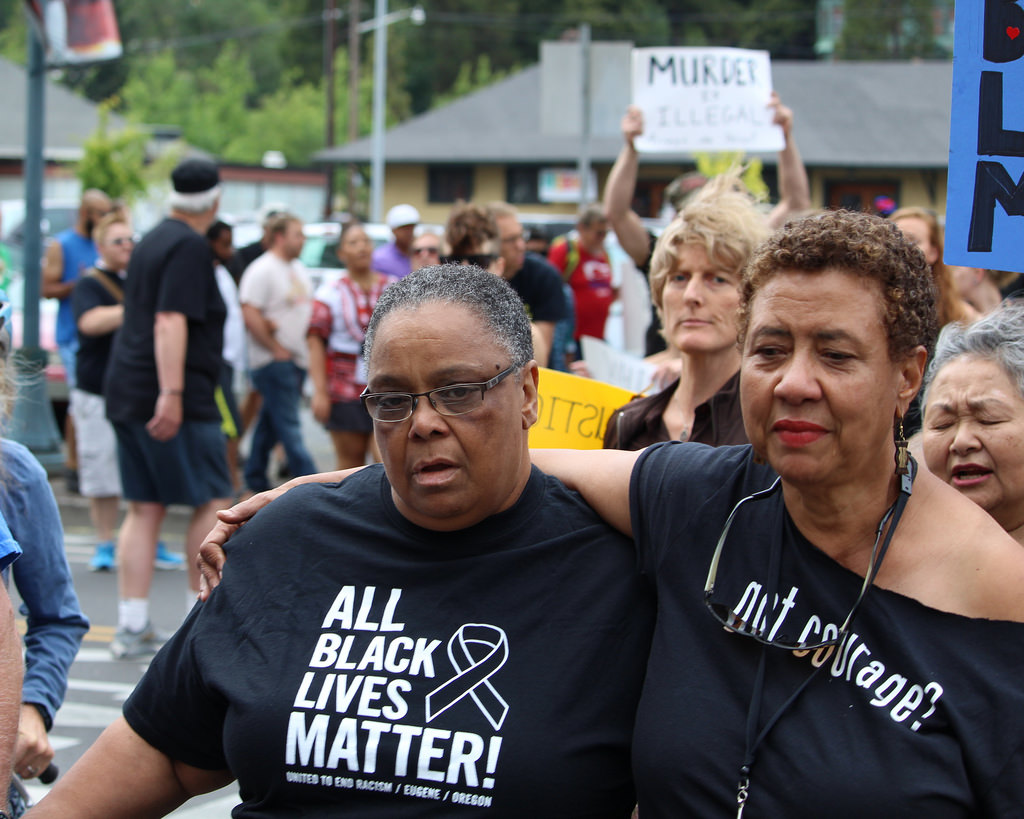 Trending now throughout America is an aggressive mentality that’s creating a revival of the atrocious treatment of Black people perpetrated by the American people both tangible and intangible throughout its generations. This mental pedigree sits firmly within the fabric of all systems along with the institutions of this nation. The history of Black America both past and present is not celebratory but in contrast a series of events and triumphs that occur in reaction to often heinous circumstances and/or conditions. There has never been a moment in the history of America where white life did not matter. But it is clear unspoken reality that Black Lives have never mattered to the American People. In fact historically and presently, particularly within this nation’s civic infrastructure, it’s crystal clear the social bascule is firmly established “white first” and sometimes only.

The title of this article is not suggesting a philosophy manufactured to offer comfort for the immortal mentally and accommodating behavior. This article is not a movement. This article intends to offer readers evidence of why there is need to raise the human consciousness to their treatment of Black people in America as well as provide a level of clarity as to the current necessity for Blacks to make the statement “Black Lives Matter.” A key piece of evidence is found within the original text of the Constitution of the United States of America declaration of blacks as being three-fifths of a human being. Equally critical evidence is found within each Confederate State’s Article of Succession declaration of their superiority being divinely decreed.

God’s elevation of the Caucasian to have preeminence over creation defines the oppressive behavior while simultaneously defying any question of the caucasian’s authority. Thus white first is the norm and anything else is abnormal. Proviso is grammatically incorrect to describe a white male’s assumption of any authoritative seat.  Never is it stated or inferred first white CEO, first white Senator, first white Mayor or any prominent societal position. He (white male) can be described as the first of his generation to hold any seat of the authority but there can be no communication that seeks to imply a white male is not naturally entitled to usurp authority over the other insubordinate creatures living on planet earth.

Here in New Mexico the aforementioned fact of American social order is thinly masked under the frivolous terminology “Tri-cultured state.” Largely, the New Mexicans have a pretense to ignore race, specifically the Black race, by diversion of the racial discussion into a fictional celebration of cultural coexistence. However, the mere insistence of being touted a Tri-culture community is acquiescent to the national conscious affirmation of white first. “Admitting that race is endemic to the American experience, thereby acknowledging that any analysis of our systemic issues devoid of this construct is incomplete” stated a participant of the recently held Democracy For All Conference hosted by the Washington D.C.-based organization, Everyday Democracy. What is overlooked in the New Mexican premise is that two of the cultures included in this Tri-culture genre, Spanish and Native American, historically have also been conquered, oppressed by the Caucasian and currently survive only at the white man’s discretion.

Elder Michael Jefferson is a minister at Procession Ministries in Albuquerque.

When Black People declare Black Lives Matter we are sternly stating to White America that we as a people will no longer just continue an unwilling acceptance of your farcical belief constitution. And furthermore, we will no longer tolerate the accommodating demeaning behavior and often fatal implementation of your supremacist beliefs. America’s historic vilification of black people although omitted at large from academic publications, educational curriculum and grossed over publicly through political correctness, is the only real terrorism allowed to docile throughout the American society. This writer and countless others belonging to the Black community do not view it as a new phenomenon when our community offers resistance to injustice and the practice of inequality and we are met with ambiguity framed by terms such as “false perception,” “mere conjecture” and “misconception.” And if that practice is not dismissive enough, our concerns are then categorized into the only socially acceptable narrative authorized by this ideology that we are thugs, riotous, and ignorant people. Therefore, Black history both past and present is not celebratory; especially only along the terms that our oppressor allows.

In part II we take a look at the History of Black History from the lens of “In God We Trust.”