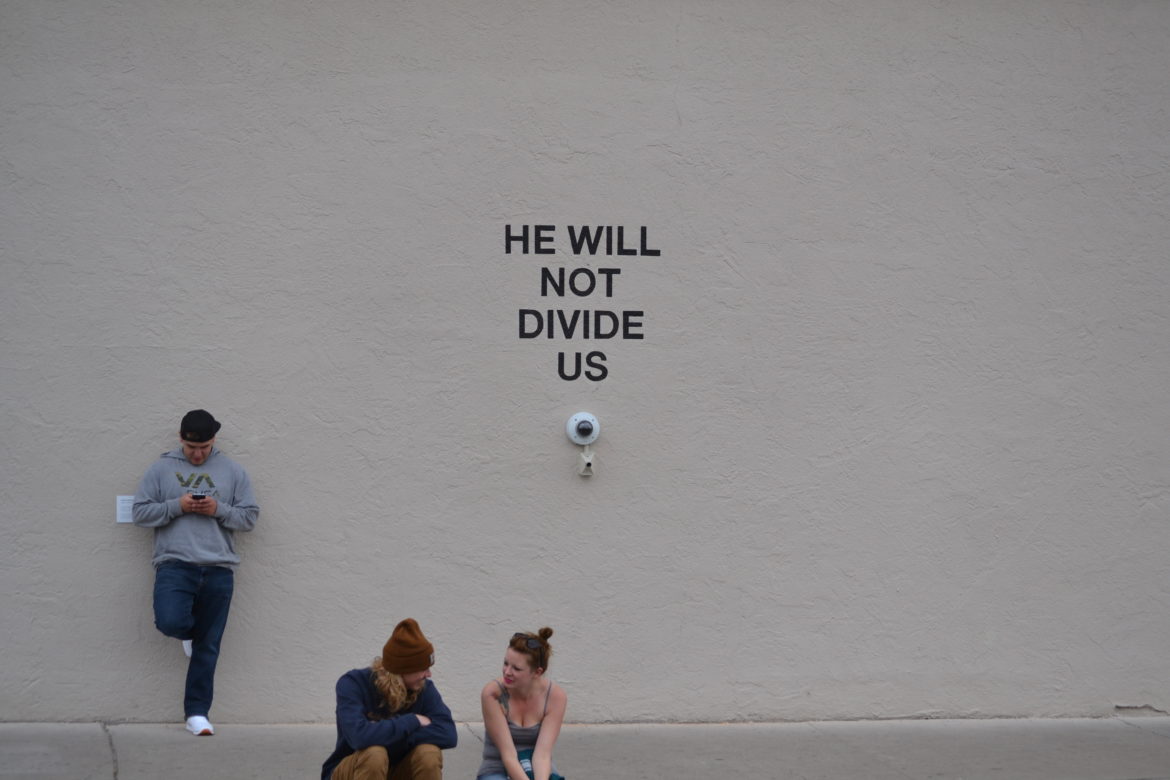 Less than a week after artists, including actor Shia LaBeouf, put up an art installation called “He Will Not Divide Us” with a livestream of video, the stream was taken down.

LaBeouf announced on Twitter early in the morning Thursday that he and the other two artists behind the installation were taking the livestream offline “after shots were reported in the area.”

We have taken the stream down after shots were reported in the area. The safety of everybody participating in our project is paramount.

An Albuquerque Police Department spokesman says there were gunshots near, but were not connected to the installation.

“We had an incident a block away occur however it is NOT connected to the camera being there but may have been the same incident heard on the camera,” Fred Duran said in an email. “We have no proof that it was.”

The livestream was scheduled to go throughout Donald Trump’s entire term in office, but was already moved once—from a museum in New York City—because of violence after white supremacists took over the feed.

The installation’s few days in downtown Albuquerque, attached to the El Rey Theater, have also been spotty. Just days after it was installed, the installation was vandalized by spray paint. One person flashed a gun on the video.

Then, came the reported gunshots.

In addition to LaBeouf, Luke Turner and Nastja Säde Rönkkö are the artists behind the protest piece.