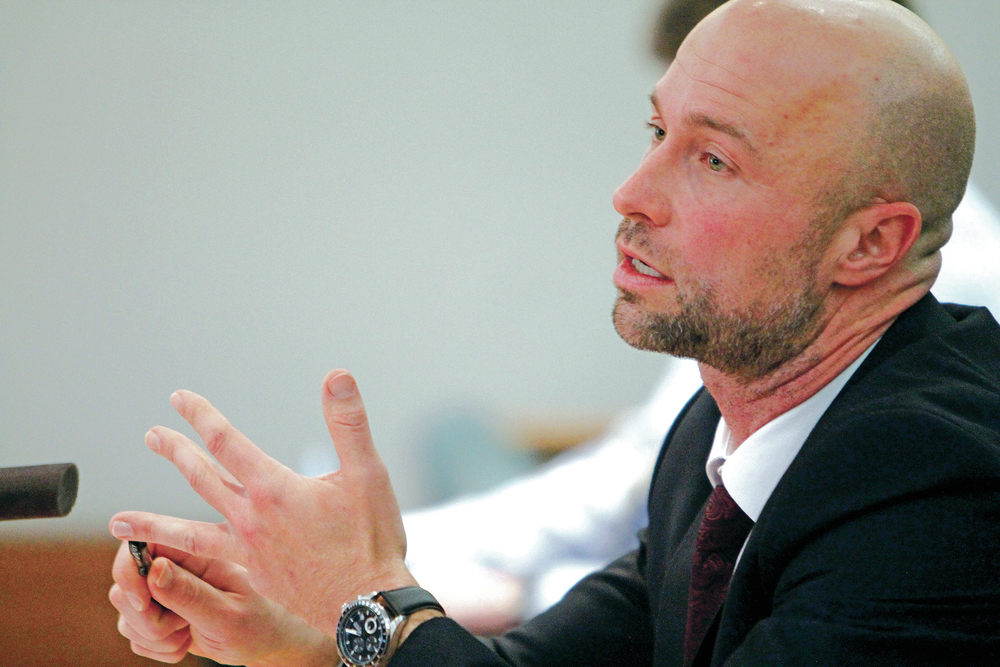 The House Business and Industry Committee voted 9-1 on Monday to block a bill that would have legalized, taxed and regulated marijuana for adults over 21. The hearing lasted for more than two hours, but it became apparent during the debate that the measure would fail.

“This is going to happen, whether it’s this year or 10 years from now,” McCamley said.

He cited recent polls in the state showing strong support for legalization, especially among younger residents.

He also noted that eight states, including California, the nation’s most populous state, have legalized recreational marijuana in recent years.

But even if McCamley’s House Bill 89 had cleared the Legislature, it faced a near certain veto by Republican Gov. Susana Martinez. A former prosecutor, Martinez has said repeatedly that she does not support marijuana legalization.

McCamley modeled his bill after Oregon’s marijuana law. It would have earmarked 40 percent of taxes from cannabis sales for education and designated other proceeds to various government programs. It also would have would have reduced the tax on medical marijuana and would legalize production of industrial hemp, a cousin of the marijuana plant. Separate bills for industrial hemp as a manufacturing product are working their way through the Legislature.

Much of Monday’s debate centered around marijuana arguments that have raged for at least the past 50 years.

Committee Chairwoman Debbie Rodella, D-Española, disputed the notion that marijuana does not lead to harder drugs. She told the committee that she’s talked to many young people in her district — an area that has been ravaged by heroin addiction — “and every one of them told me that marijuana had been a gateway for them.”

Rep. Monica Youngblood, R-Albuquerque, read from a well-publicized 2016 letter from Mitchell Morrissey, then Denver’s district attorney, who claimed marijuana had caused a spike in crime and traffic fatalities.

But Snopes.com, a national fact-checking website, said Morrissey’s claims were unproven. Morrisey got many of his statistics from a 2016 report on a program about anti-drug efforts by police agencies at all levels of government.

But the former district attorney didn’t mention a disclaimer saying, “This report will cite data sets with terms such as `marijuana related’ or ‘tested positive for marijuana.’ That does not necessarily prove that marijuana was the cause of the incident.”

Morrissey also cited the Colorado Bureau of Investigation’s statewide crime report for 2015 that said homicides had gone up nearly 15 percent a year after marijuana was legalized. But Snopes pointed out that the bureau’s “findings make no mention of the drug.”

McCamley quoted Denver police Cmdr. William Nagle, who said in a 2015 television interview that legalization had not been bad for Colorado. “There’s no big catastrophe. The sun’s still up. The industry has been going strong out there. Taxes are being collected.”

Some committee members objected to a part of the bill that initially would have exclusively allowed licensed medical medical producers to grow for recreational use.

“I’m a little bit worried we’re jump-starting certain people,” said Rep. Carl Trujillo, D-Santa Fe. Trujillo was the only committee member to vote to keep the bill alive. But, he said, unless that part of the bill was changed, he would have voted against it on the House floor.