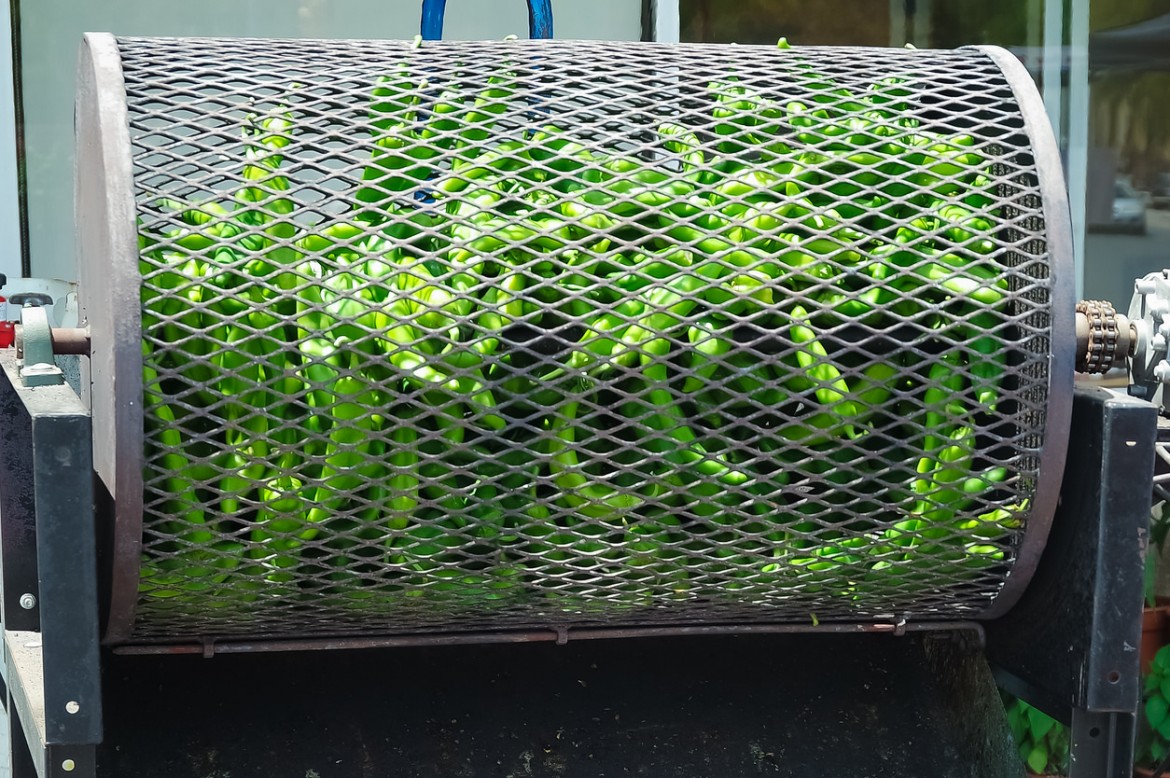 Colorado continues trying to steal New Mexico’s thunder when it comes to chile, for some reason.

This time, legislators in New Mexico’s neighbor to the north want to create a special license plate in Colorado for chile growers. The proposal cleared the Colorado House on a voice vote Tuesday.

“The Pueblo chile is Colorado’s chile,” Colorado state Rep. Daneya Esgar, D-Pueblo, said on the floor according to a press release.“Our local growers deserve recognition of their outstanding chiles.”

“Colorado is aware of our bill and is trying to beat us to getting a chile pepper license plate, so I just want you to be aware that the race is on,” Brown told the committee.

But the Colorado House Democrats couldn’t resist a shot at New Mexico.

Having gotten a taste of Colorado’s effort, the New Mexico legislature is rushing through its own license plate bill recognizing its popular Hatch chiles. Today, Rep. Esgar amended her bill to make sure Colorado can win the race to establish a special plate for its chiles.

Rep. Esgar said she had been told that “Colorado shouldn’t be proud of their chiles because New Mexico is the chile capital of the United States.” That sealed the deal, and the House gave voice-vote approval to the fast-tracked bill.

Rep. Larry Scott, R-Hobbs, joked New Mexico legislators should put an emergency clause on the bill, to make sure it went into effect faster.

Speaker of the House Brian Egolf, D-Santa Fe, agreed, perhaps jokingly, to help Scott with that amendment on the floor if it was necessary.

Egolf also said they would determine if the House Appropriations and Finance Committee, the only other committee to which the bill was assigned, needed to hear the bill.

According to the Fiscal Impact Report, the New Mexico bill’s cost would be able to be absorbed by the Taxation and Revenue Department’s operating budget.

As with other specialty plates, proceeds would go toward funding an organization in the state. The chile plate funds would help pay for students to travel to the Farm and Ranch Heritage Museum in Las Cruces.

The USDA does not release a special report for green chile, likely because there just isn’t that much of it. In 2012, the USDA found that there were just 333 acres of chile harvested in Colorado, reported Denverite.

The federal U.S. Appeals court even acknowledged the Hatch valley is uniquely-known for its chile.

“The Hatch Valley may be to chiles what the Napa Valley is to grapes. Whether it’s the soil, the desert’s dry heat, or the waters of the Rio Grande, the little town of Hatch, New Mexico, and its surroundings produce some of the world’s finest chile peppers. Just ask any of the 30,000 people who descend on the place every year for the chile festival,” the court wrote in it’s opinion. “One thing we know about life and the law is that where value lurks litigation will soon follow — and the Hatch Valley chile pepper supplies no exception.”

New Mexico already has a Green Chile Cheeseburger Trail that promotes restaurants throughout the state that serve the iconic burger.

“All the chiles are sticking upward on it,” he said.

Then, more shots fired from the Santa Fe Democrat.

“They don’t know their chile, that’s for sure.”