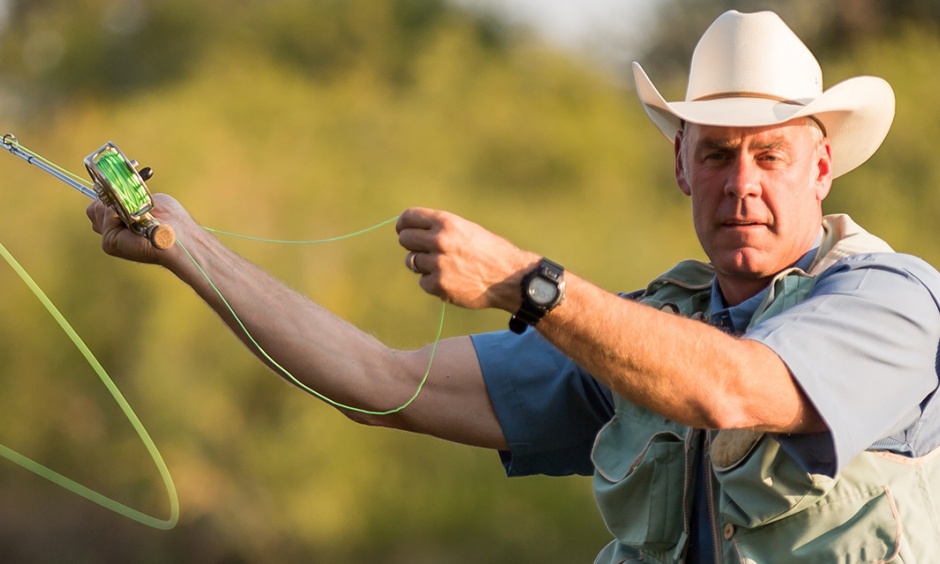 To the delight of some reporters and Washington, D.C. tourists, the nation’s brand-new Secretary of the Interior, Ryan Zinke, rode a horse into work today.

Zinke, who had represented Montana in the U.S. House of Representatives since 2014, also signed two new orders.

One directs agencies to identify areas where hunting and fishing can be expanded. With a reference to the legacy of Republican President Theodore Roosevelt—a hunter and conservationist and frequent touchstone for environmentalists—Order 3347 will “facilitate the expansion and enhancement of hunting opportunities and management of game species and their habitat.”

It applies to lands overseen by agencies such as the U.S. Fish and Wildlife Service and the National Park Service.

“Over the past eight years however, hunting, and recreation enthusiasts have seen trails closed and dramatic decreases in access to public lands across the board. It worries me to think about hunting and fishing becoming activities for the land-owning elite,” Zinke said in a statement from the department. “This package of secretarial orders will expand access for outdoor enthusiasts and also make sure the community’s voice is heard.”

Zinke’s other order today overturned a January directive given by the outgoing director of the Fish and Wildlife Service to expand the use of nontoxic ammunition and fishing tackle.

According to the order Zinke signed today, Ashe’s directive was issued without sufficient consultation with stakeholders.

NM Political Report downloaded a copy of the rescinded order found on the Internet Archive.

According to that order, exposure to lead ammunition and fishing tackle harms fish and wildlife species. Birds, for instance, are poisoned when they ingest lead pellets from shotgun shells. According to Ashe’s directive, the agency “recognized the problem of avian exposure to lead shot used for waterfowl hunting and enacted restrictions in 1991 and hunting and waterfowl populations have thrived since.”

In the 1980s, that agency conducted a nationwide survey of the impacts of lead on a number of species, such as ducks. It has also studied the effects of lead on scavenging birds such as bald eagles. One study of more than 4,000 carcases of bald and golden eagles collected in 38 states over the course of decades found that lead accounted for the greatest percentage of poisonings.

The United States Geological Survey has also studied the potential impacts of lead on wildlife. The most significant hazards to wildlife, according to the agency, come from direct ingestion of spent lead shot and bullets, lost fishing sinkers and lead tackle or through consumption of prey contaminated with lead shot or bullets.

Lead is also harmful to humans. According to the World Health Organization, there is no known level of lead exposure that is considered safe.