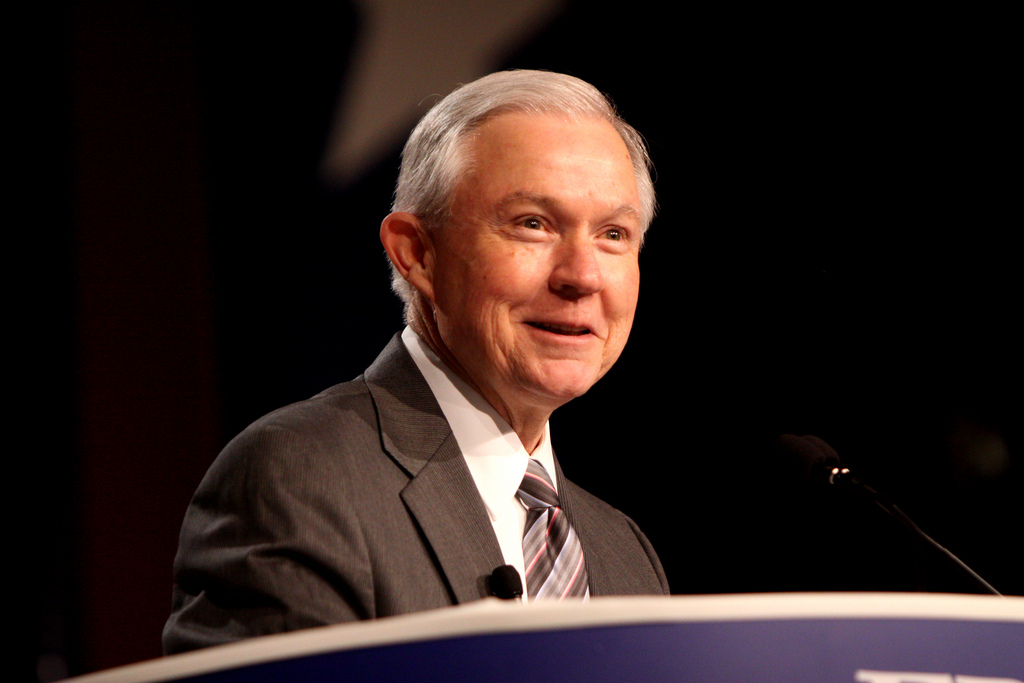 Comments from U.S. Attorney General Jeff Sessions last week that he intends to “pull back on” federal oversight of police departments drew mixed reactions from officers and civil rights advocates in Albuquerque, where a police reform agreement between the city and the Justice Department is nearing the midway point of its third year.

Reform proponents told New Mexico In Depth they were troubled by Sessions’ remarks, and they are ready to step in to ensure that APD adheres to constitutional policing if the federal government steps away.

The president of the Albuquerque police union, meanwhile, said officers were pleased with the tone of support from the attorney general. The rank and file hope his comments could signal a softening of what they see as the agreement’s more onerous requirements. So far, though, the agreement and its effect on APD personnel have continued unabated since Donald Trump took office on Jan. 20.

This piece originally appeared at New Mexico In Depth and is republished here with permission.

But police officers and civil rights leaders in Albuquerque all agreed on one point: undoing the reform process here would be far more difficult than in cities such as Chicago and Baltimore, where the DOJ has completed investigations of the police but not yet filed anything in court.

That’s because in Albuquerque, U.S. District Judge Robert Brack oversees the reform effort and has signaled a commitment to its completion. Moreover, significant machinery has been built in support of federally mandated change at APD — including around the department’s policy making and training, and in the time and financial commitment of the Justice Department both here and in Washington, D.C.

Mayor Richard Berry signed a settlement agreement in late 2014 with the DOJ after investigators found a “culture of aggression” among city police and a leadership structure that for years ignored it. The result was one of the nation’s highest rates of police shootings. The mandated changes are aimed at decreasing officer use of force by integrating de-escalation techniques and increased accountability when police go too far.

The Berry administration has had an uneven record on compliance. While city officials have met some deadlines, they also have pushed back on James Ginger, the court-appointed monitor supervising the effort, for criticizing APD’s commitment to change in his reports to Brack. And the city has repeatedly frozen a citizen police watchdog group out of the process.

Police Chief Gorden Eden, however, said in an emailed statement that the reforms have improved training and accountability at APD. “I have maintained that regardless of what/if any changes may occur on the national level, APD is committed to our reform efforts and the successful implementation our settlement agreement,” the chief’s email said.

The U.S. Attorney’s Office in Albuquerque, which has played a substantial role in the reform process at New Mexico’s largest law enforcement agency, did not respond to requests for comment on Sessions’ remarks or their possible ramifications.

Sessions has never been shy about his disdain for Justice Department-mandated reforms in troubled local police departments. As a senator from Alabama and, later, as a campaign surrogate for Trump, Sessions described court-enforced changes to states’ criminal justice systems as “an end run around the democratic process” — plain examples of federal overreach.

As the newly minted attorney general, Sessions now leads the Justice Department and is responsible for enforcing federal law. That includes the one passed in 1994 that allows federal officials to investigate police departments suspected of widespread civil rights violations and force them to change through legal action.

So his comments last week about law enforcement carried new significance. Speaking to the National Association of Attorneys General in his first speech as AG, Sessions made a reference to the Obama administration’s vigorous push for police reform around the country: “We need, so far as we can, in my view, help police departments get better, not diminish their effectiveness,” he said. “And I’m afraid we’ve done some of that. So we’re going to try to pull back on this, and I don’t think it’s wrong or mean or insensitive to civil rights or human rights.”

Since Election Day, police reform proponents here have been discussing what might become of the city’s agreement with DOJ and what to do if it falters, Peter Simonson, executive director of the American Civil Liberties Union of New Mexico, told NMID.

“We were already deeply concerned that DOJ would weaken its prosecution of the case, or even walk away from it entirely,” Simonson said. “The statement from Sessions raised my level of alarm that much further.”

So far, there have been no indications that the Justice Department is backing away. Simonson said the ACLU and other groups are watching for three “canaries in the coal mine:” less openness and outreach toward community groups from DOJ, a slowdown by Justice Department lawyers in filing court motions to keep the city on track and a reduction in federal staff working on the case in Albuquerque.

Short of filing a motion in court to dismiss the settlement agreement, DOJ “could all but withdraw from the case more quietly, relieve the pressure from the city to comply, and the effort would fall apart,” he said.

If that happened, Simonson said, the ACLU and others would file motions to intervene in the case — essentially an effort to take over the role of the DOJ. Judge Brack denied a similar motion from the ACLU weeks after the settlement agreement was signed, but he left open the possibility of reconsidering.

“That was in the context of of the U.S. Attorney’s Office and the DOJ expressing their clear intention to be the representative of the community,” Simonson said. “If that intention demonstrably weakens, and the community and the judge lose faith in reform, that presents an opportunity to step into the vacuum.”

Shaun Willoughby, president of the Albuquerque Police Officers’ Association, said that seems unlikely. Officers, union leaders and police brass have continued with a dizzying schedule of meetings on policy, training and compliance — all driven by the DOJ settlement — since Trump took office.

“There are attorneys all over the place around here,” Willoughby said. “As far as the reform process goes, it is business as usual in the city of Albuquerque. I haven’t seen any indication that anything is changing.”

The reforms have been burdensome, he said, sometimes leading to officers hesitating in dangerous situations rather than using force and facing potential discipline. Further, Willoughby lamented that the Justice Department’s mandated changes have meant there are more detectives assigned to investigate uses of force — which happen in less than 1 percent of officers’ calls for service — than to solving violent crimes in a city that saw its highest number of murders in 20 years in 2016.

“I don’t want the community to think APD officers and the APOA aren’t committed to reform,” he said. “We understand that officers need to be held accountable. But are there things about the agreement we’d like to see changed? Absolutely. Take the minimum use of force standard in (the agreement). It’s a totally unrealistic, non-legal standard we’ve had to build into our policies.”

Still, Willoughby doesn’t see a retreat from the reforms on the horizon.

“I think officers are happy, even elated to have someone speak words of support like that,” he said, referring to Sessions’ remarks last week. “It’s been a long time since we’ve heard words of support at that level. But how and whether that translates on the ground remains to be seen.”