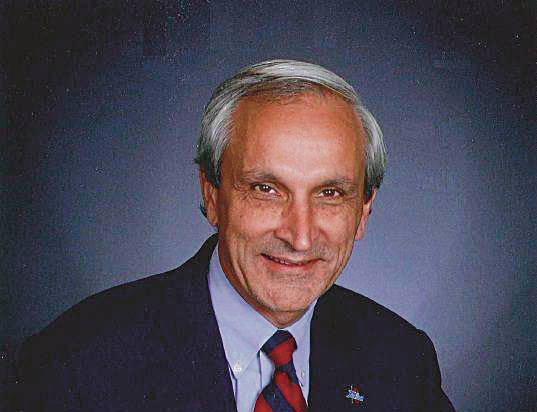 Even as temperatures rise in the southwestern United States and across the globe, climate change doesn’t often grab the interest of many New Mexico’s state legislators. But during the Senate’s confirmation of Ken McQueen as secretary of the New Mexico Energy, Minerals and Natural Resources Department the issue came up repeatedly, both in the Senate Rules Committee and later in the day on the Senate floor.

His former employer, WPX Energy, has the rights to lease about 100,000 acres of federal, state and Navajo allottee lands in the San Juan Basin for oil and gas production and has drilled more than 100 oil wells in recent years along the Highway 550 corridor.

During his appearance before the Senate Rules Committee Wednesday morning, McQueen outlined four priorities for the department in the remaining time of the Martinez administration, including implementation of the governor’s 2015 energy plan.

McQueen said the plan calls for development of oil, gas, solar, geothermal, nuclear and hydroelectric energy sources and that the state received a $300,000 grant from the U.S. Department of Energy to implement it.

McQueen also discussed completion of the Rio Grande Trail—a hiking trail for which the state received $427,000 in federal money—and the need to address the Carlsbad brine well. He also mentioned an opportunity to “streamline” the Oil Conservation Division by converting it to an online application system.

The Union of Concerned Scientists “strongly supports” McQueen as secretary, as well. “We believe he will understand how to make the transition into renewables,” said the nonprofit’s lobbyist during the public comment period.

During questioning from senators during the committee meeting, McQueen said climate change was “just part of the history of the world we live in,” implying it was part of a natural cycle and not human-caused.

McQueen’s comments came just a day before U.S. Environmental Protection Agency administrator Scott Pruitt made similar statements. Pruitt, until recently Oklahoma’s attorney general, said he did not believe carbon dioxide and other greenhouse gases were the primary cause of climate change.

The Four Corners area (red) is the major U.S. hot spot for methane emissions in this map showing how much emissions varied from average background concentrations from 2003-2009 (dark colors are lower than average; lighter colors are higher).

McQueen also indicated that the “methane hotspot” scientists identified in the Four Corners is due largely to natural sources.

In 2014, a group of scientists published a paper in the peer-reviewed journal of the American Geophysical Union, Geophysical Research Letters. The six authors of the paper are from a range of universities and laboratories, including NASA and Los Alamos National Lab.

Based on satellite imagery, they identified a “methane anomaly” over the Four Corners. The size of Delaware, it was the largest concentration of methane in North America.

At the time, they pointed out that the methane concentration was due to the region’s topography and weather patterns, coal mines, coalbed methane wells, and the tens of thousands of natural gas and oil wells in the San Juan Basin. They also said the issue required further study to see exactly what was happening.

In 2016, they identified 250 emitters of methane, and found that just 10 percent of those were responsible for about half the methane emissions in the San Juan Basin. These included leaky pipelines, leaky storage areas, natural vents in the coal beds and a new gas-processing facility.

Science on the floor

Later in the day on the Senate floor, Cisco McSorley of Albuquerque said he found McQueen’s comments on climate and the Four Corners methane concentration “very troubling.”

Climate change, the Democrat said, is happening now, and at an alarming rate.

“That response worried me, it dramatically worried me,” said McSorley, adding: “I didn’t hear any acknowledgement that the dramatic change in global warming, which is so different than has happened in many years, is in any way related to human activity. I didn’t hear that in his response. And that scared me.”

In 2011, a fire burned 156,000 acres in the Jemez Mountains. The Los Conchas fire was the largest fire in the state’s recorded history—until the Whitewater-Baldy fire burned 297,000 acres of the Gila National Forest the next year.

Other senators, however, were quick to praise McQueen.

Forest fires are due to overregulation by the U.S. Forest Service, said Sharer, who also claimed that in the 1970s, scientists had been in an “uproar about global cooling.”

A review of 1970s-era scientific studies found even then, scientists publishing in peer-reviewed journals were focused on human-caused warming. That 2008 review dismissed the idea of scientific consensus on global cooling as a myth.

Sharer also said he appreciated that McQueen is a scientist.

McQueen earned a Bachelor of Science in petroleum engineering from the University of Tulsa.

When the Senate voted on McQueen’s confirmation, only four opposed his confirmation: Senators McSorley, Bill Soules, Mimi Stewart and Nancy Rodriguez. All four are Democrats.