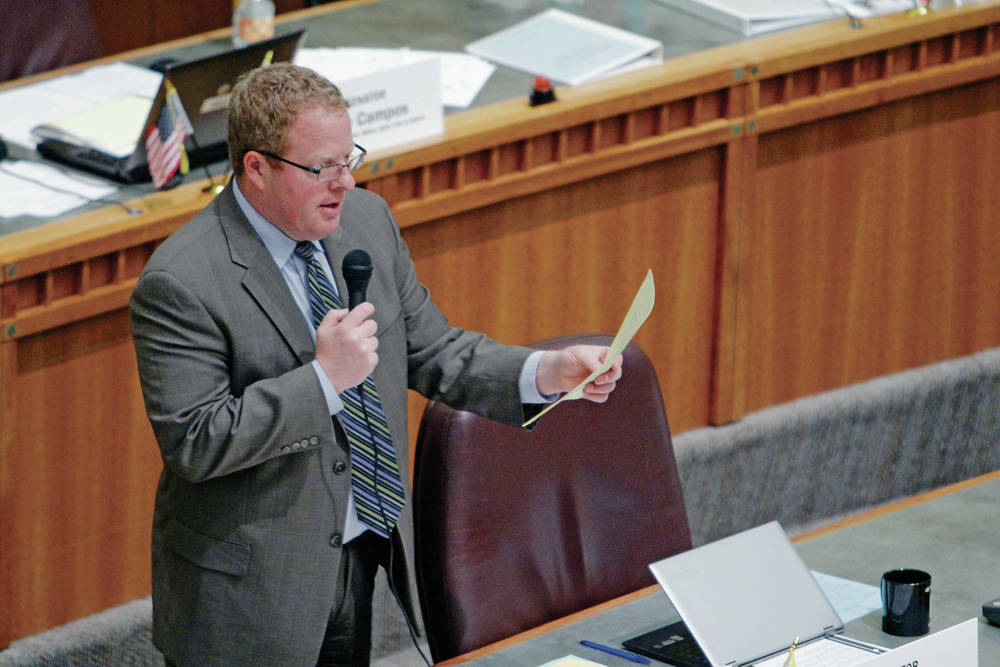 In a decision that pitted rural and urban lawmakers against one another, the state Senate voted Thursday to prohibit coyote-killing contests in New Mexico.

Senate Bill 268 carried 26-15 and now moves to the House of Representatives with a little more than a week remaining in the session. The Senate approved a similar measure two years ago, but it died in the House.

Coyotes in New Mexico are an unprotected animal, meaning they can be killed at any time and in any number without a hunting license. But Sens. Jeff Steinborn, D-Las Cruces, and Mark Moores, R-Albuquerque, sponsors of the bill to outlaw killing contests, say the events are inhumane and give New Mexico an ugly image.

“Sometimes their carcasses are just left out in the desert,” Steinborn said, the coyotes and their pelts discarded as worthless.

He said there are 20 to 30 commercial coyote contests annually in the state. Several were held last year in the Las Cruces and Silver City areas, he said, and as many as 30 coyotes were killed each time.

He told of contestants who drove around downtown Albuquerque with dead coyotes to boast about their kills.

Both senators stressed that farmers, ranchers and all other residents could still kill coyotes at will to protect livestock or domestic pets. It’s the organized contests that their bill seeks to end.

Senators from rural areas countered that coyotes are predators that make life next to impossible for small agricultural businesses.

“What those ranchers tell me is that they’ve had to stop raising sheep and goats because of predators,” said Sen. Pat Woods, R-Broadview.

He said that, when a rancher has a problem with predators, he needs any help possible. And this includes what Woods called calling contests to decrease the coyote population of an area.

“One of the saddest things you can see is an animal that’s fixing to die because it’s been eaten alive by a coyote,” Woods said.

Similarly, Sen. Richard Martinez, D-Española, told senators about the horrible noise of coyotes killing puppies or calves. “The devastation coyotes do to these ranchers is very big,” he said.

Moores pushed his bill while offering a conciliatory tone.

“I’m very concerned about the concerns of the ranchers and farmers,” Moores said. “This bill will not stop them from protecting their property.”

But Sen. Cliff Pirtle, R-Roswell, said the bill would have far-reaching consequences, notably making it harder for farmers and ranchers to put food on the table at reasonable prices. Pirtle is a dairy farmer.

While most opponents of the bill talked about how bad coyotes are, Senate Republican Leader Stuart Ingle of Portales seemed to pay grudging tribute. “The coyote is one of the smartest, most adaptable kinds of animal there is,” he said. Ingle voted against the bill.

During the hearing, Wood challenged statements by Moores and Steinborn, who said that killing contests actually can increase coyote populations because females try to reproduce more to offset mass deaths.

During an earlier committee hearing on the bill, carnivore biologist David Parsons, who retired from the U.S. Fish and Wildlife Service, said coyote packs that aren’t broken up by hunters have fewer females breeding and at an older age. “And fewer of the pups survive,” Parsons said.

“If you break that up, suddenly 90 percent of the females breed and at a younger age. More of their pups survive because they are in recolonization mode…. Killing them whacks them back for a while, but in two years they are back and sometimes more of them.”