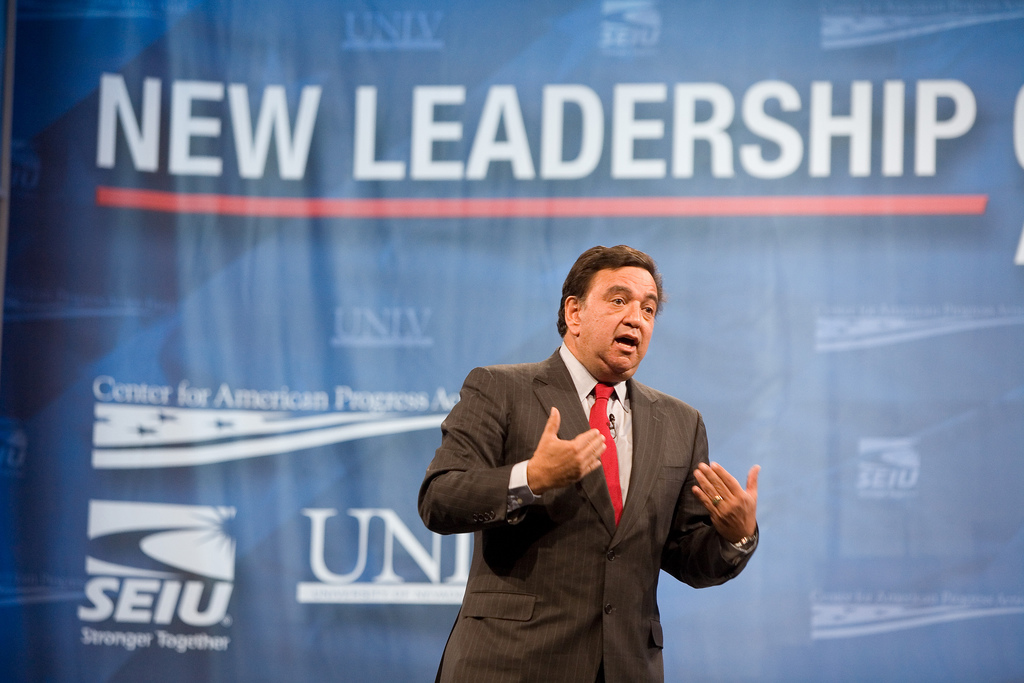 At the arrivals area in Dulles airport last Thursday, Ebrima and his two girls, Sarah and Aminata, stood nervously. Almost a year and one really long hour of waiting at the airport later, they were about to see their mom and wife, Fanta Jawara.

Fanta, an American citizen, had been held in a Gambian prison, notorious for human rights abuses, for most of this period as a political prisoner. As the door opened, they rushed Fanta, and embraced her tightly. No eye was left dry at the terminal.

Fanta’s return was a happy end to a troubling case, but she is just one of many prisoners currently languishing in foreign jails. My center, The Richardson Center for Global Engagement, and I are working multiple other cases around the globe, including those of American citizens Otto Warmbier in North Korea and Joshua Holt in Venezuela. These cases remain unresolved and require the attention of many Americans, including our government.

No American should ever feel abandoned when taken hostage or prisoner, especially by a foreign government. Yet under the Trump administration, the State Department seems to be cut out of decision-making and forced to consider a staggering budget cut of 37 percent — which will lead to decreased capacity and presence while many key roles in the Department’s leadership remain unfilled.

Yet despite the obstructions by the Trump administration, cases of political imprisonment remain extremely complicated for our government to resolve. At the end of the day, bilateral relations include a complex web of interests and priorities, in which political prisoners often play a bargaining chip. Yet for the families of those taken, only one thing matters: getting their loved ones back.

This is why private diplomacy is more important now than ever. My Center takes cases at the behest of the families of those taken. We share the unitary objective of bringing their loved ones back. As a private, non-governmental effort, we are able to plead, pressure and creatively find solutions to cases. To date we’ve seen successes in places like North Korea, Sudan, Mexico, and Libya.

To resolve cases of political imprisonment, we often work on three general tracks. First, we create leverage. Bringing cases to the public’s attention is one way to create leverage on foreign governments and increase pressure on our own government to act.

In Fanta’s case, prior to our involvement, her case was neither on the public’s radar, nor on our government’s. Together with Fanta’s family we worked to tell her story in local and national news. This drew the attention of the Department of State and local representatives to her case.

But public attention is not the only way of creating leverage. In fact, it can often be counter productive to raise a prisoner’s profile, as it can increase leverage for the captors, understanding our government is under public pressure to bring them home. With careful and continuous analysis we look to find the right balance for each case.

Another way of creating leverage is to identify a humanitarian angle. Underscoring the mental and physical state of the prisoner, and their family’s condition, are often useful ways to advocate for the release of a prisoner, without challenging the captive government’s sovereignty or judicial system.

The second track is to identify pathways to connect to the captors or decision-makers in their government. This is where creativity comes to play. Throughout my 30-year career as a public servant and elected official I have built relations with many leaders around the world, some of which are not exactly our country’s favorites. And even if I do not know a specific leader, our team specializes in initiating relationships and finding ways for captors to save face or see gains in the release and return of the prisoner.

In the case of Marine Sgt. Andrew Tahmooressi in Mexico, my team was able to convince Mexican authorities to release Andrew in 2014 as a humanitarian gesture due to his Post Traumatic Stress Disorder.

Private diplomacy channels, like ours, allow us to be more flexible and take risks that our government cannot. We always make the point to inform our government of our efforts, to make sure we do not move counter to U.S. national interests, but having the buffer and flexibility of a civilian organization sometimes is essential to strike the right deals and bring our people back home to their families.

The third, and most important track is working with the families. Overnight, families find themselves in an unimaginable nightmare. Overwhelmed and feeling helpless, their whole lives have turned upside down. They often feel neglected and resentful of government officials, who are keeping them in the dark on efforts taken to resolve their case.

Engaging the families in our efforts, spending time and listening to their pain, does not only give them some comfort, but also help us find potential pathways to resolve the case.

When my Center worked on the effort to free of Amir Hekmati from Iran, our continuing contact with his sister Sarah allowed us to refine not only the humanitarian angle, but also the pressure points, as the U.S.–Iranian nuclear negotiations were ongoing.

In short, there has always been a need for external pressure campaigns and private diplomacy to facilitate the release of political prisoners and hostages. Yet the need for this work is even greater at a time when our government is focused on domestic policy and embroiled in political scandals.