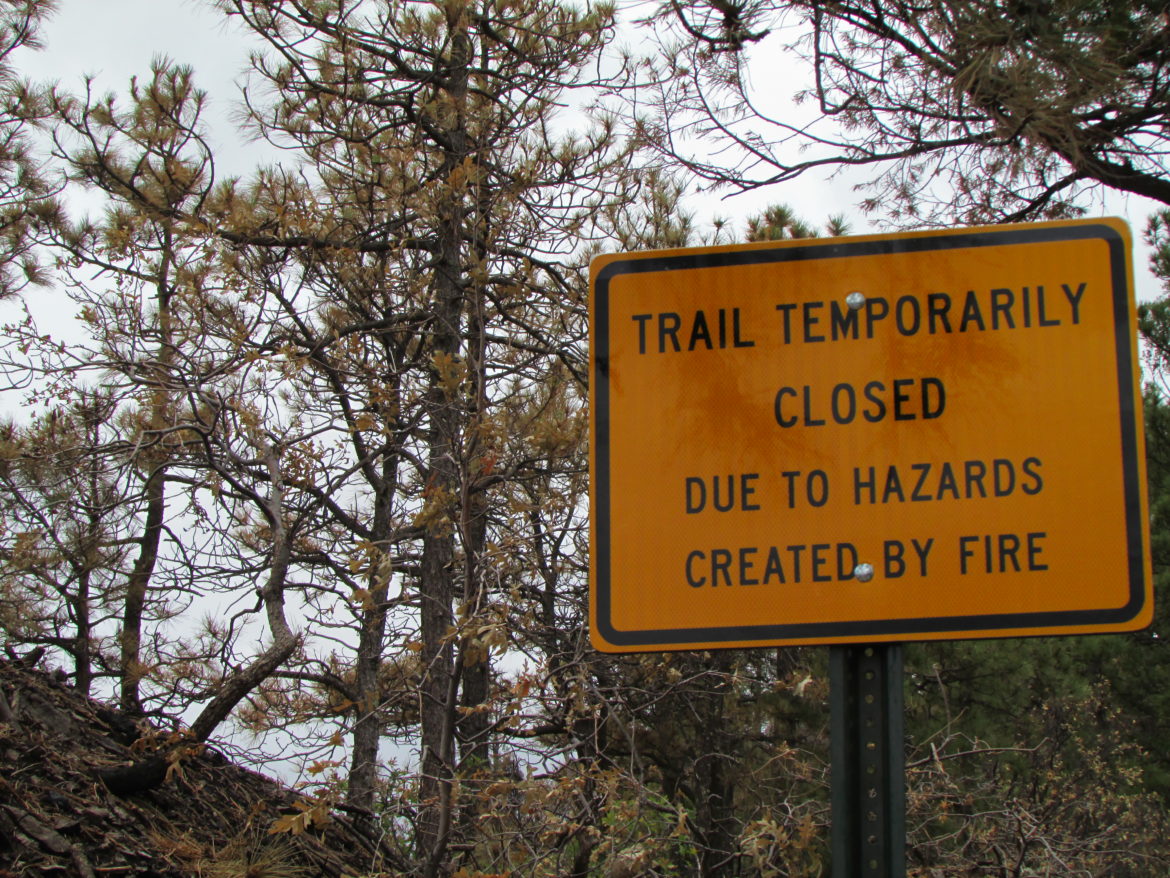 Today, the New Mexico Office of the State Auditor released information about unspent funds in various state accounts. A quick read of the report shows that New Mexico isn’t spending all it has available on environment and water projects.

The state also has $43 million in “stagnant funds” that haven’t been used the last two years according to the State Auditor. Among the largest of those 39 funds? The New Mexico Energy, Minerals and Natural Resources Department’s abandoned mine reclamation fund.

There are also agencies with large infrastructure-related balances, including the New Mexico Finance Authority, New Mexico Environment Department, Department of Transportation, Office of the State Engineer and the Interstate Stream Commission, Department of Game and Fish, Economic Development Department and again, the Energy, Minerals and Natural Resources Department.

Read the rest of the report at http://osanm.org/gao_reports

It’s not yet officially spring, but the weather has been warming up quickly in New Mexico. That means it’s time to plan for wildfire season.

For more information on wildfire prevention, including how to safeguard homes, the state agency suggested visiting these sites:

Speaking of forests (sort of…), a Christian resort in the Sangre de Cristos is under fire for violating laws related to development, zoning, littering and public nuisance. According to a story about Glorieta Camps in the Santa Fe Reporter:

Helicopter footage aired on KOB 4 Monday night doesn’t offer a flattering view of the camp. Frankly, at least part of the land is a dump. But the camp’s owners never applied to zone any of the 2,900-acre property as a landfill.

Nor did they seek the necessary permits to construct zip lines, lake slides, diving boards, a coffee shop, extreme biking trails or a skeet shooting range, all of which are offered as amenities at the Christian getaway.

The excitement never seems to stop when it comes to the proposed diversion on the Gila River. Last week, the Silver City Daily Press reported that the entity planning and managing the diversion is going to hire a new engineering firm. Maybe.

The New Mexico Central Arizona Project (CAP) Entity is looking for a new firm just in case the old firm’s contract needs to be cancelled.

Engineering giant, AECOM has been working on the diversion’s plans. But earlier this year, it was revealed that AECOM had donated $1,000 to a political action committee funding Gov. Susana Martinez’s gubernatorial campaign—at the same time the New Mexico Interstate Stream Commission was deciding which company would receive the lucrative planning and design contract. According to Benjamin Fisher’s story in the Daily Press:

After consulting CAP counsel Pete Domenici Jr., the board remembered they had already approved the authority for [CAP Executive Director Anthony] Gutierrez to hire an engineer in a previous meeting. So, they abandoned the agenda item.

“That way, we can make all the changes we want to it and we can approve it,” Sera said.

Whenever the received bids do finally make it back to the CAP Entity proper, they will score the candidates based on whatever work makes it into the final RFP.

Gutierrez said that even if AECOM kept its contract, the CAP Entity having its own engineer would make the process moving forward far smoother.

In a separate story, Fisher writes that Allen Campbell, one of the CAP Entity’s board members, has taken issue with former ISC director Norm Gaume’s read on how much water the river will actually yield.

Campbell, who represents the Hot Springs Irrigation District, offered a more optimistic read than Gaume on the state’s water yield model. But even his numbers also show that in some years the river won’t be able to provide any additional water to farmers in the area. According to the story:

Whichever model, Campbell’s or Gaume’s, turns out to be most accurate, they remain the only two complete yield models to be presented to the public at this level, despite the many years multiple government agencies have worked to develop this project.

The Santa Fe New Mexican reports that Los Alamos National Laboratory wants to store more radioactive waste on its property. According to the story:

The lab in January asked the state for permission to modify its 2010 hazardous waste permit in order to use two waste rooms and an outdoor storage pad near the lab’s plutonium facility to hold 1,700 waste drums, or 95,000 gallons, of radiologically contaminated materials—enough to fill six backyard swimming pools.

Diligent news consumers might remember that when LANL was in a rush to get some of its old waste off the mesa, it caused an accident that shut down the Waste Isolation Pilot Plant in southeast New Mexico for three years.

According to the WIPP investigation report, that accident could have been prevented if the Los Alamos Field Office and National Transuranic Program had adequately developed and implemented “repackaging and treatment procedures.” In that report, investigators also noted that the lab and its subcontractor failed to “ensure that a strong safety culture existed” at its environmental and waste management operations organization.

In other news, comments are due tomorrow to the Nuclear Regulatory Commission. A private company, Waste Control Specialists, has applied for a 40-year license to store spent nuclear fuel at the company’s facility in Andrews County, Texas. The Texas company’s proposed spot is just five miles east of Eunice, New Mexico. For more information, read the Federal Register notice here.

A few weeks ago, when I interviewed Ron Curry

, former EPA Region 6 administrator and former NMED secretary, he emphasized that environmental agencies are really public health agencies. I thought of that this morning when I opened up an email from National Academies of Sciences, Engineering and Medicine highlighting their latest reports.

One of those new reports about how U.S. Veterans Affairs is supposed to track service members who have been exposed to toxins from open-pit burn pits. Since ground forces have more to pay attention to than safe disposal of waste, they usually burn it in open pits. And that’s harmful to their health. According to the report summary:

The Department of Defense (DoD) cataloged 63 open burn pit sites in Iraq as of November 2009 and another 197 in Afghanistan as of 2011 (DoD, 2011). DoD estimated that collectively the sites at the large bases alone burned approximately 60,000–85,000 pounds of solid waste per day, including plastics, wood, metal, and—according to some sources—such materials as chemicals (paints, solvents), petroleum, medical waste, munitions, and human waste (IOM, 2011). No inventories of these materials were kept, and little information besides anecdote exists regarding the burning that took place at the many small and often temporary sites used by forces.

In 2013, Congress directed VA to establish and maintain a registry for service members exposed to toxic airborne chemicals and fumes from open pits.

To read the NAS report (which you can download for free), visit here.

Readers might be wondering what burn pits in the Middle East or Asia have to do with New Mexico. That’s an easy question to answer: Thinking about the environment and public health, don’t we want to make sure that as our family members, friends and neighbors come home from military operations around the world, they’re healthy and strong—and have access to the information and help they need if they’re not?

Correction: We updated this story to correct the location of Glorieta Camps, which is in the Sangre de Cristo Mountains.