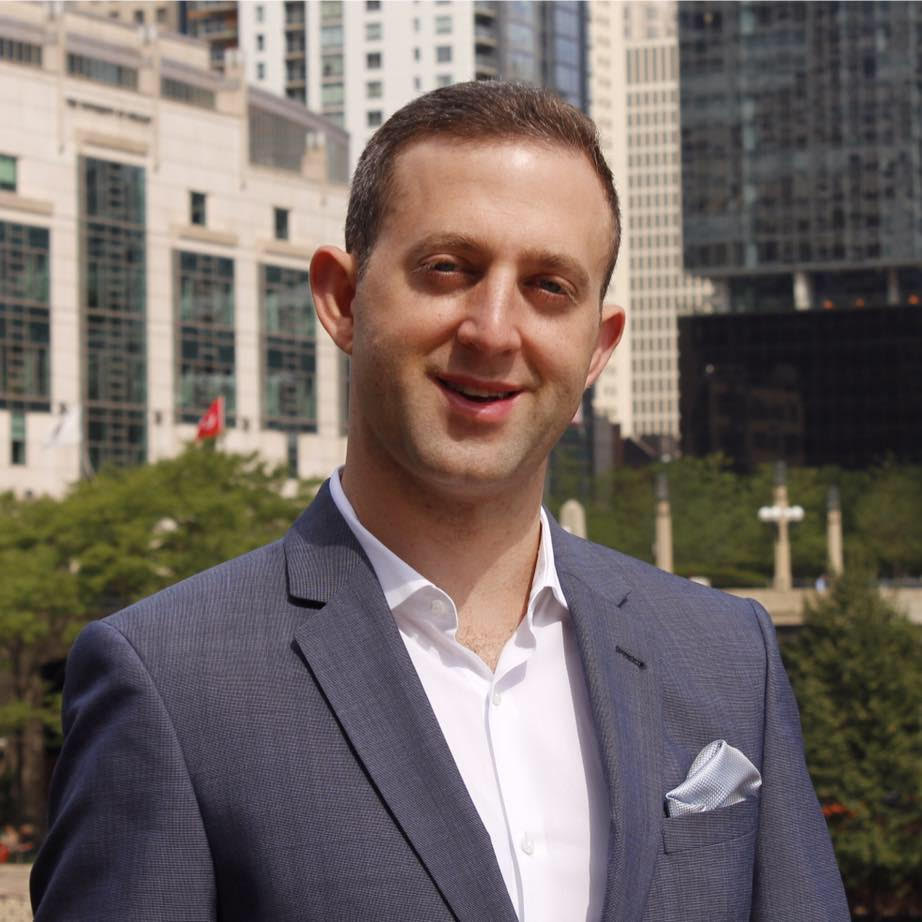 An apartment in downtown Chicago overlooking the historic Navy Pier is probably the last place University of New Mexico officials would expect some of the most ardent criticism of their athletics program. But that’s exactly where the shots toward the UNM athletic department are being fired from.

Since last November, journalist Daniel Libit has been writing investigative stories about the UNM athletic department on his self-published website NMFishbowl.com.

He received probably the most attention yet when he filed an open records lawsuit last week against UNM Foundation arguing that the non-profit organization should be held to the same transparency standards as the university itself. The lawsuit stems from records Libit requested from UNM Foundation as well as the school itself regarding information on the naming rights of WisePies Arena (aka The Pit). UNM contended the information Libit requested could only be provided by UNM Foundation.

Related: Sponsor of The Pit asked AD to donate to state senate candidate

The UNM Foundation reportedly told Libit the school’s nonprofit, stand-alone fundraising arm was not required to comply with the state’s Inspection of Public Records Act (IPRA), which applies to public agencies across New Mexico.

“What’s my beef with UNM? None personally,” Libit said in a phone interview from his apartment in Chicago.

Libit told NM Political Report he’s long wanted to take a deep dive into a college athletic department and that UNM seemed like an obvious choice since he’s been following their sports programs since he was a teenager.

Libit got his start in journalism as an intern covering sports for the now-defunct Albuquerque Tribune while he was at Albuquerque Academy.

“UNM was my easiest frame of reference,” Libit said.

Still, Libit said, there are plenty of rumors about why he chose to focus on UNM. He’s even heard that his family has a deep-seated hatred of the former and current men’s basketball coaches. He laughs off the thought of having a personal vendetta against his subjects.

“I have enjoyed the rumors of the impetus of why I’m doing this,” Libit said. “My favorite one is that my father, who is deceased, got crosswise with Craig Neal and Steve Alford while they were all in Iowa.”

“My father, who is dead, never stepped foot in the state of Iowa,” Libit added. “[He] never would know these people. All he ever was, was a casual Lobo fan.”

While Libit denies a grudge against UNM, he is a self-described “college athletic cynic to the core.”

The name NMFishbowl, Libit said, comes from years of athletic officials complaining they are constantly being overly examined as if they are in a fishbowl.

He said officials “have kind of constantly and consistently complained of laboring beneath too much scrutiny, which I have always thought of as hilarious.”

“[The name was] my mocking of their complaints over the years,” Libit said.

Reviewing Libit’s career trajectory, it becomes more clear and less surprising that a national political journalist would use his skills to take apart one of the less-controversial athletic departments in the country.

Libit has followed UNM men’s basketball for most of his life and started writing about recruitment before he graduated from high school in 2001. His interest in Lobos men’s basketball bordered on obsession, said a former Albuquerque Tribune sports writer.

Edgar Thompson, now a sports writer for the Orlando Sentinel, wrote about the Lobo’s men’s basketball team for seven years for the now-defunct Tribune. At the time, Thompson mentored Libit and remembers how the teen was enamored with then-UNM coach Fran Fraschilla.

“He thought Fran hung the moon at that point,” Thompson said, though Libit remembers it another way. To Libit, Fraschilla “seemed to invite great intrigue” when it came to recruitment.

Libit maintains he was not in love with Fraschilla. And Fraschilla ultimately underwhelmed at UNM, left after three years with a lackluster record. He is now an analyst for ESPN.

“He came into the newsroom as a young kid wearing a lot of urban wear and hip hop gear,” Maese said. “Pants that were way too big.”

On Libit’s last day at the Tribune, the staff created a mock front page story about Libit moving to Wisconsin for college. The front page depicts the teen laughing while sitting next to and reportedly bothering Maese. A second picture shows Libit’s baggy pants with a caption that reads, “Here Libit shows off a denim tent donated to his family by the U.S. Army.”

Maese, who was later in Libit’s wedding, described him as a “highly intelligent guy who is a real talent.” Maese said other reporters in the newsroom knew how smart Libit was, something Libit “would remind them as often as possible.”

That isn’t code for being a good listener, necessarily. “I meant physically,” Maese said.

Shortly after college at the University of Wisconsin, Libit moved away from sports and ventured into political reporting. And he’s worked mostly as a freelancer or contributing writer at various outlets. Not tied down to any particular outfit, Libit said he can generally work more freely on stories or topics that interest him. To hear Maese talk, it’s in Libit’s personality to work as a freelancer or independently launch NMFishbowl.com.

“He kind of wants to go about things his own way and do things in his own time and his own manner,” Maese said.

Libit got his start in national reporting after graduating by working for a relatively new political news site called Politico. In 2008, he was interviewed on television about an up-and-coming political figure, Alaska Gov. Sarah Palin. Compared with local reporters who had been covering her career in Alaska, Libit admits today that he didn’t actually know much about Palin.

“I said ‘Oh, she’s popular in her home state,’ [which is] what everybody else who wasn’t actually intently familiar with her was saying,” Libit said.

The experience of talking about Palin inspired a story a few years later when he began to see New Mexico Gov. Susana Martinez get similar media praise.

Leading up to the 2012 presidential elections, political analysts and commentators speculated that Martinez could be Republican nominee Mitt Romney’s vice presidential pick. Libit began to see magazines print profiles of Martinez that looked like his uninformed take on Palin years before.

“I sort of saw a similar scenario with Governor Martinez,” Libit said. “Here was somebody who seemed like she was sort of one thing if you were sort of squinting and not really paying attention to what was going on in New Mexico.”

Libit successfully pitched a profile of Martinez to editors at the National Journal, but soon found that the most interesting story was not about her, but instead her most influential political advisor—Jay McCleskey. Libit traveled to New Mexico for the story and interviewed Martinez in her office. He was also able to get a handful of political outsiders on the record, including the often elusive McCleskey, who is rarely quoted in media reports.

Titled “The Man Who Discovered Susana Martinez Could Also Be Her Downfall,” Libit’s National Journal piece was among the first national news stories to report critically on the Martinez administration.

The politics of sports

Now, Libit has combined political reporting strategies with his passion for sports. Since November, Libit has worked exclusively on NMFishBowl.com and devoted all his time to requesting records from UNM and building sources within the athletic department. Unlike Lobos beat reporters, Libit doesn’t cover the daily games and press conferences.

“I don’t need to worry about UNM pulling my press pass or some coach not calling me back because frankly I don’t care,” Libit said.

In all news beats, reporters have to balance holding power accountable and finding credible sources who are willing to talk. But Libit doesn’t seem concerned with making new friends.

“What I’m proving is you don’t need to prevailingly play ball in order to write interesting stories,” he said. “That you can actually develop sources even if your not being obsequious to the institution that you’re covering.”

In 2011, Libit wrote almost 4,000 words for the Columbia Journalism Review (CJR) about how sports reporters often fall into a trap of focusing only on corporate rules while overlooking more egregious problems.

“We’ve been co-opted into thinking that the biggest problem with college athletics is when somebody breaks NCAA rules,” Libit said.

In 2014, for example, it was revealed that many college athletes could not afford food beyond their school-supplied meals, which did not technically break NCAA rules.

The CJR story, Libit said, led him to look deeper into college athletics.

While outwardly critical of local coverage of the Lobos, Libit said there’s no bad blood there.

“I’m trying to shame them into actually practicing more journalism on this beat,” Libit said.

Sure, Libit doesn’t have an editor to parse down his 10,000 word story about a publicly disgraced UNM athletic operations director. Nor does he have an editor or publisher who might kill his story or move him to another beat. As a journalist with almost two decades of experience, Libit is fully aware that local coverage of UNM is not isolated.

UNM officials may not publicly admit it, but there seem to be signs the athletic department would be happy if Libit just went away.

After NMFishbowl.com published anonymous but damning exit interviews compiled by the athletic department from student-athletes, public relations officials scrambled to defend the department.

I’m probably the wrong person to even ask,” he told NM Political Report.

Now, Libit’s lawsuit against the UNM Foundation is sure to cause more headaches and possibly even set legal precedent regarding what records the group is required to release.

Libit said his main goal is to get records that shed light on the naming process of the school’s basketball stadium and also to ensure future records from the foundation are available to the public.

“If tomorrow the UNM Foundation decided to hand over the emails, the suit carries on,” Libit said. “I’m asking for more than that. That won’t end this.”