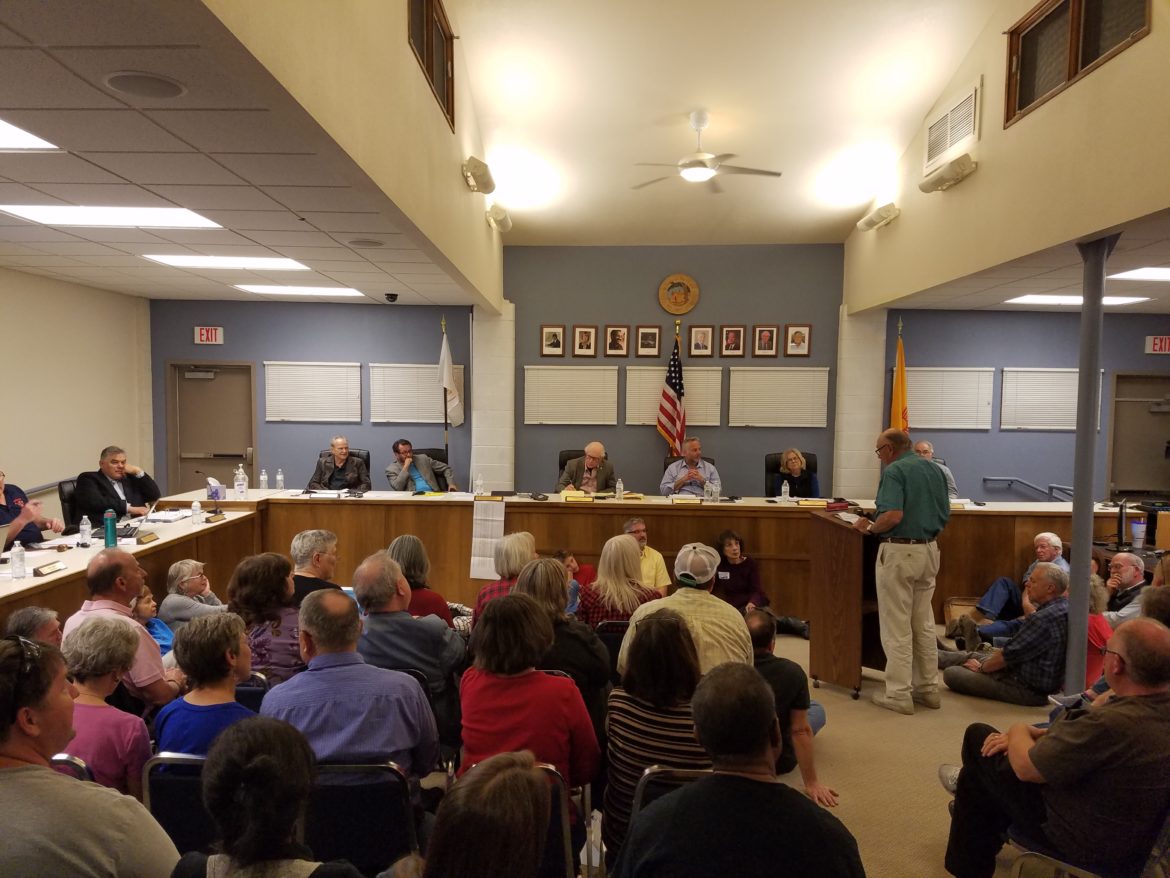 The Corrales Village Council hearing public comment on a resolution to declare the village as immigrant and refugee friendly.

The Corrales Village Council voted Tuesday night against a resolution that would have declared the village as immigrant and refugee friendly. The measure failed on a 4-2 vote after more than three hours of public comment.

The resolution would have prohibited village officials, including law enforcement, from reporting to federal immigration agents any information about immigrants or refugees without a warrant.

Corrales residents both in favor and against the measure packed the council chambers, overflowing into the outer hallway waiting for a chance to speak.

Many who spoke out against the resolution argued that taking a stance on federal issues, such as immigration, was not appropriate for village officials. Those in favor of the measure contended the resolution was not merely a political statement, but instead a way to make undocumented immigrants and refugees feel comfortable reaching out to law enforcement for help.

Councilor George Wright, who voted against the resolution, argued that the measure would violate federal law which would in turn hold village officials in violation. He also said the resolution was “improperly brought” adding there are limited reasons for resolutions.

“This ain’t one of the twenty things it can be used for,” Wright said.

Councilor Ennio Garcia-Miera, who brought the measure to the council, argued against Wright’s claim.

“There’s nothing illegal with this resolution,” Garcia-Miera said.

Councilor Pat Clauser also voted against the measure but thanked residents for coming out in droves to speak.

“I think this is a night were all going to remember for a long time,” Clauser said.

Prior to the meeting, Mayor Scott Kominiak posted his concerns on the village’s website.

“Some portions of this resolution would put our administration directly at odds with federal law, and to me those portions are unacceptable,” Kominiak wrote. “Beyond that, other than sending a ‘feel good’ message of compassion, it is not really clear what the consequences of passing such a measure might be.”

The attempt to pass the resolution comes on the heels of both Albuquerque and Santa Fe passing their own versions of resolutions aimed at being more friendly to immigrants and refugees.