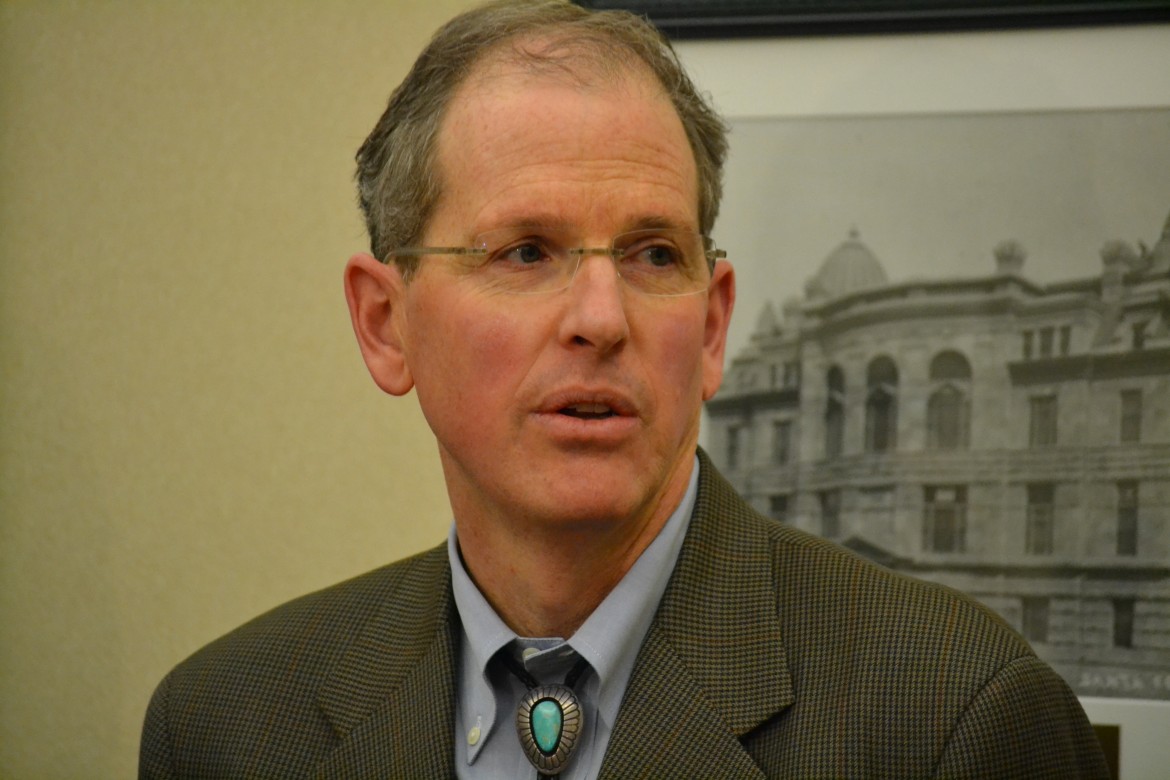 The state Senate majority leader says three bills that Gov. Susana Martinez vetoed during the last week will become law after all, including legislation that would legalize research of industrial hemp.

Setting up a constitutional showdown, Sen. Peter Wirth, D-Santa Fe, told the chamber Thursday night that Martinez had missed her deadline to veto the bills. The governor has three days during a legislative session to sign or veto bills. If she does neither, the bills become law.

The constitution also says governors are to state their objections when vetoing a bill, giving lawmakers some sort of explanation.

Two of the bills Wirth listed were among eight the governor has vetoed since Tuesday. Senators on Tuesday voted overwhelmingly to override another one of her vetoes in an unusual show of defiance.

Martinez did not initially explain her flurry of vetoes, striking down bills that had cleared both chambers of the Legislature with overwhelming support.

Then, on Thursday, Martinez sent separate messages to the Senate and the House of Representatives that were as much attacks as explanations. She accused Democrats of failing to negotiate a balanced budget and said she would continue vetoing legislation that is “not necessary.”

Wirth countered that lawyers for the Legislature believe three of her vetoes were not valid.

By the time Martinez sent her belated messages Thursday, the three-day limit for the governor to act on the bills had expired, he said.

“The veto messages were sent, received and read within the three-day period without objection,” Chris Sanchez said in an email. “This stunt exposes the arrogance of the good ol’ boy system that is the state Senate where they think they can enact laws on their own.”

Unclear is how, with senators and the governor warring, the bills would become laws.

The three bills include Senate Bill 6, sponsored by Sen. Cisco McSorley, D-Albuquerque, which would allow for research of industrial hemp.

Another measure, Senate Bill 134, sponsored by Sen. Jacob Candelaria, D-Albuquerque, would allow students to count a computer science course toward the math and science credits they need to graduate from high school.

The third, Senate Bill 67, sponsored by Sen. Nancy Rodriguez, D-Santa Fe, is an arcane, minor change to the rules for setting up special tax districts.

Among the other five bills the governor has vetoed since Tuesday was a measure that would have given local governments a new option to pay for the expansion of broadband access and legislation that would keep open a program that pays for technology upgrades at public schools.

In her messages Thursday, the governor suggested lawmakers were failing in their constitutional duty to address the state’s budget and confirm her appointees to the boards of public universities.

“Until the Legislature sees fit to fulfill its constitutional obligations, including hearings, I will continue to veto legislation that is not necessary for the well-being of this state and its citizens,” Martinez wrote.

The criticism was just the latest jab in an ongoing feud with Senate Democrats, who Martinez has accused of wasting time.

“If the governor believes job-creating legislation is unnecessary, she needs to go back to the drawing board,” said Sen. Michael Padilla, a Democrat from Albuquerque and sponsor of the broadband bill. “It also demonstrates the governor is turning her back on the jobs crisis.”