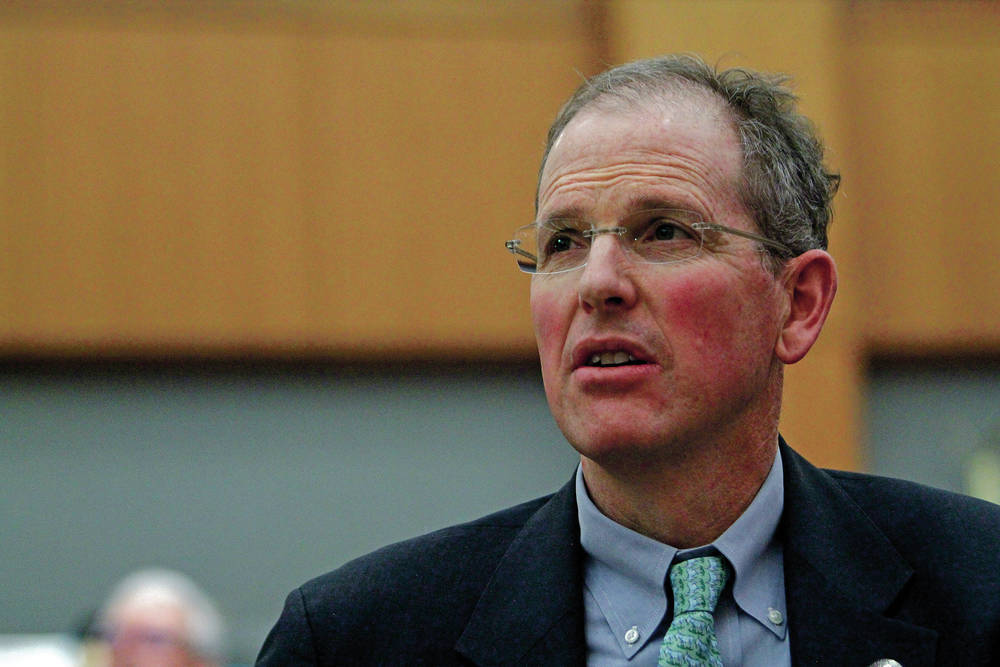 Judges may have to decide whether five bills that Gov. Susana Martinez vetoed during the last week will actually become law.

Democratic lawmakers say the Republican governor did not properly veto the legislation, which includes a bill to allow research on industrial hemp in New Mexico, and they maintain the measures will become law after all.

On Friday, the deputy to Democratic Secretary of State Maggie Toulouse Oliver, said her office would not add the bills to the law books unless instructed by a court.

“Whether the governor met her constitutional obligation by vetoing these five bills in the manner in which she did is a question that should be answered by our court system,” Deputy Secretary of State John Blair said in an email.

“This office will swiftly chapter these bills if and when we receive guidance from the New Mexico courts to do so,” he added, referring to the secretary of state’s role of assigning code numbers to new laws.

Talking to reporters earlier in the day, Sen. Joseph Cervantes, D-Las Cruces, suggested the dispute could lead to a lawsuit if the Republican governor does not back down.

“My hope right now is the governor will recognize the error of her vetoes so we don’t have to go through a long legal battle, an extensive legal battle,” Cervantes said.

But the governor’s office characterized Democrats as taking the legislative process into their own hands.

“This is silly,” spokesman Mike Lonergan in an email. “The governor vetoed the bills and they’re not going to go into effect. This is nothing more than a distraction by the Senate to help hide the fact that they are determined to shut down the government.”

The senator and other Democratic lawmakers argue that the governor erred by initially vetoing the legislation without any explanation.

The state constitution says that when a governor vetoes a bill, “He shall return it to the house in which it originated, with his objections.”

By not stating her objections, Cervantes said, the governor’s vetoes were not valid.

Martinez finally sent a message to lawmakers on Thursday evening regarding the vetoes. But Cervantes said it was too late.

New Mexico’s governor has three days to veto bills when the Legislature is in session. That deadline lapsed on the five bills by the time Martinez issued her message stating why she rejected the bills, Cervantes said.

After the Senate staff read the governor’s message to the chamber on Thursday evening, Majority Leader Peter Wirth, D-Santa Fe, said three of the vetoes were invalid.

The bills included a measure that would allow high school students to count computer science courses towards the credits they need to graduate. Another made an arcane adjustment to the rules for setting up special tax districts.

A few hours later, House Majority Leader Sheryl Williams Stapleton, D-Albuquerque, said the governor’s vetoes of two bills from that chamber also are void. Those measures include allowing research of industrial hemp and changes in the policy for awarding scholarships to medical students who promise to work in underserved areas.

Pointing to a court case in Colorado, Cervantes maintained that the law is on the side of legislators.

The section of Colorado’s constitution concerning vetoes includes very similar language to New Mexico’s constitution. And the Colorado Supreme Court has ruled the section means a governor must outline objections when vetoing legislation, even if with only a few words. In 1991, then-Gov. Roy Romer merely wrote “disapproved and vetoed” on six bills. After the state assembly challenged move, the court decided that without an explanation, the vetoes were invalid.

The requirement that governors explain their objections is key to ensuring the Legislature has time to consider changes and act while still in session, the court decided.

Martinez vetoed another Democrat-sponsored bill on Friday, this one by Stapleton. This time, Martinez sent legislators a veto message that outlined her reasoning.

House Bill 42 would have allowed school districts and charter schools to use state funds intended for textbooks and other instructional materials on a broader range of media. The bill cleared the House and Senate without opposition.

Martinez stated in her message that Stapleton’s bill would allow districts to use their entire allotment for instructional material on items that have not been vetted and may not align with the state’s standards.

During her first year in office, Martinez scratched the number “1” from a $150,000 appropriation in the state budget, cutting the allotted sum to $50,000.

Martinez maintained the move was within her veto power.

But the state Supreme Court disagreed and decided she had acted unconstitutionally by distorting the Legislature’s intent.