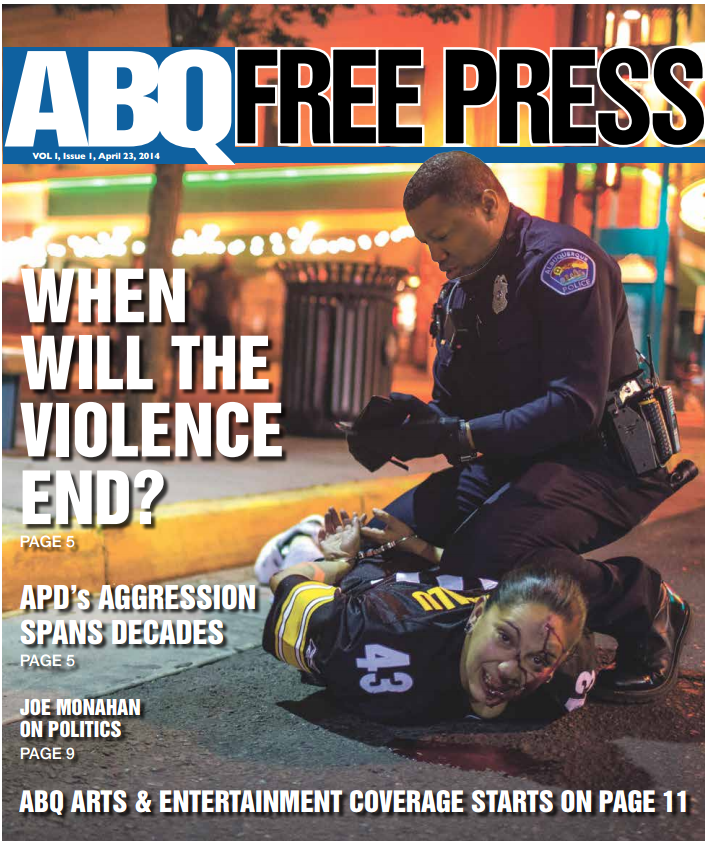 The ABQ Free Press is ceasing print operations and will go to an online-only format.

Jyllian Roach, now the managing editor of FreeABQ.com, made the announcement in a short video on the website.

Editor Dan Vukelich told NM Political Report he’s taking a step back from his daily duties, citing “burnout.” Vukelich said they are still figuring out changes to the editorial staff, but that reporter Dennis Domrzalski would remain at the paper.

Roach, a former editor of the Daily Lobo and the CNM Chronicle, was the arts and entertainment editor for the Free Press.

The staff has been notified of the changes.

The cover of the final print edition of the ABQ Free Press.

The current print version on newsstands will be the final one. The 400 locations will have stickers put on them directing readers to the website, Vukelich said.

The Free Press went to a weekly format in September of 2016 after launching on April 24, 2014 as a bi-weekly publication.

“We just never got traction as a print publication,” Vukelich said.

“It’s just the cost of printing a newspaper [that is going away],” Vukelich said.

This leaves the Alibi as the lone alt-weekly in Albuquerque.

The Free Press has been highly critical of the city’s current mayoral administration, especially the Albuquerque Rapid Transit project.

Before helming news coverage at the Free Press, Vukelich and Domrzalski worked together as reporters at the Albuquerque Tribune, a daily newspaper that folded in 2008.