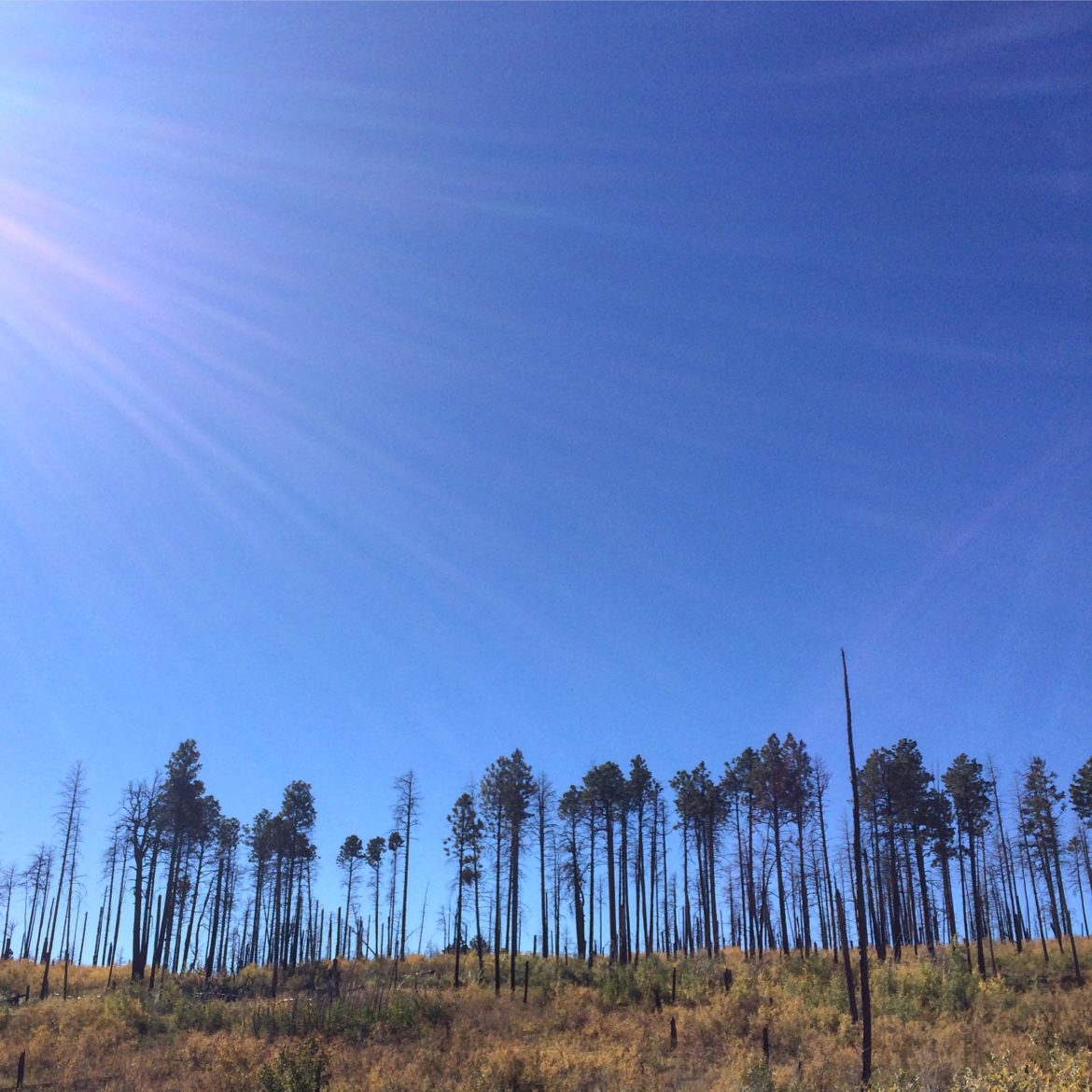 Most New Mexicans know climate change is happening and understand it is human-caused. According to recently-released data, New Mexicans are also more likely than people in about half the country to talk not just about the weather, but climate.

This week, The New York Times published six maps showing how adult Americans think about climate change and regulations on carbon emissions. The maps were based on data from researchers at Yale University. According to their nationwide survey, 70 percent of Americans think global warming is happening. More than half understand it is human-caused and 71 percent say they trust climate scientists.

In their 2016 survey, the Yale researchers drilled down to the local level, allowing a glimpse into how both urban and rural New Mexicans think about climate change and carbon regulations.

While more than half of New Mexicans say global warming is happening, and more than 44 percent know that it’s human-caused, opinions vary widely between counties.

When it comes to lightly-populated counties, it’s important to keep in mind the small sample sizes, said John Fleck, director of the University of New Mexico Water Resources Program. But, he said, it’s striking to see how many people across the country understand global warming is a problem.

“It runs counter to this narrative that there’s a red-blue divide on this,” he said. “There is a little bit, I guess, but people in general think global warming is a problem and we ought to do something about it.”

Fleck also noted that New Mexicans and other southwesterners are more concerned about climate change than people in many other parts of the country. “You’ve got to think that it has something to do with the tenuousness of our water supply in the rural parts of the arid West,” he said.

John Fleck signing his book, “The Tree Rings’ Tale: Understanding Our Changing Climate” for a fan in 2015.

He was also surprised that even in many conservative, coal-rich areas of the country, including Wyoming and West Virginia, people support restrictions on coal and carbon dioxide.

Nationally, 75 percent of adults support regulating carbon dioxide as a pollutant. That number is slightly lower here in New Mexico, at 74 percent statewide—ranging from 64 percent in San Juan County to 80 percent in Santa Fe County.

Before directing UNM’s Water Resources Department, Fleck reported on science and water issues at the Albuquerque Journal for 24 years. During that time, he saw an increasing awareness of climate change and the risks it poses to New Mexico’s water supplies.

“Part of that came from the clarification of the science,” he said. “And part of that happened as water managers increasingly confronted scarcity.”

The state’s severe drought in the early 2000s, he said, taught water managers and communities visceral lessons about the risks that scarcity poses. “Scarcity is the problem,” Fleck said, pointing to drought and natural variability—like El Niño and La Niña—as well as population growth. “Climate change makes the problem harder.”

The southwestern United States is already experiencing rising temperatures, increased wildfire, large-scale forest die-offs and constraints on water supplies. In a 2014 assessment of the U.S., scientists said the Southwest—which encompasses 56 million people in New Mexico, Arizona, Colorado, Utah, Nevada and California—is particularly vulnerable to global warming impacts. The Assessment of Climate Change in the Southwest U.S. noted a number of issues, including declines in snowpack and streamflows, economic hardships in rural areas affected by crop yield decreases, more wildfires and insect outbreaks, disruptions to urban electricity and water supplies and impacts to public health from wildfires, dust and allergens.

When it comes to risks, 70 percent of American adults think global warming will harm future generations and 40 percent say its impacts will harm them personally. Those numbers are higher throughout most of New Mexico, and they don’t vary much among the congressional districts.

When asked about climate change, Pearce’s spokeswoman responded that the congressman supports “creating greater opportunities for people to prosper.”

“More often than not, policy on climate change over-regulates the energy production industry and the agriculture industry, driving good-paying jobs out of New Mexico and weakening the economy,” she said in a statement.

Not every New Mexico politician sees it that way.

“New Mexicans know that climate change is happening because we’re already seeing the costs of more extreme and prolonged drought conditions, larger wildfires, shrinking forests, and more damaging floods in our communities,” U.S. Sen. Martin Heinrich, a Democrat, said in a statement to NM Political Report. “We have a moral obligation to our children and future generations to take action as a nation and as part of a global community to address the unequivocal scientific reality of climate change.”

The senator’s father Stewart Udall, an Arizona congressman who also served as Secretary of the U.S. Department of the Interior under Presidents John F. Kennedy and Lyndon B. Johnson, championed laws like the Clean Air Act and the Wilderness Act of 1964.

Udall said that as far back as the Kennedy administration, respected scientists were raising alarms about warming and the impact it could have on communities. He also hears from his constituents, including both city residents and farmers, and even children. People are worried about water scarcity, wildfires and the methane hotspot over the Four Corners on a local level and also the global impacts of climate change.

“Today, New Mexico and the Southwest are at the bull’s-eye when it comes to the impacts of climate change,” said Udall, “and people see and experience water scarcity, and the threats of drought and wildfire,” said Udall. The senator also pointed to the need to invest in clean energy and reduce greenhouse gas pollution and said he’s “extremely concerned that the Trump administration’s attacks on science and the EPA will be dangerous to our New Mexico communities.”

Jennifer Talhelm, Udall’s spokeswoman,  also said that New Mexicans are likely influenced by the heavy science presence in the state.

“Scientists and Los Alamos and Sandia, and the universities are doing a lot of important work on climate change and water scarcity adaptation,” she said, pointing to a study showing that “New Mexico will lose its forests to climate change in our children’s lifetimes.”

Last year, scientists from Los Alamos National Laboratory, Columbia University, UNM and a number of other universities and agencies published a follow-up paper to earlier studies about forest mortality. In the 2016 paper, they noted that by 2100, pine-juniper forests in the southwestern U.S. will be gone and more than half the evergreen trees in the northern hemisphere will have died.

NM Political Report reached out to all members of the state’s congressional delegation, as well as the governor’s office. If we hear back from Gov. Susana Martinez, Luján or Lujan Grisham within 24 hours of publication, we’ll update the story.