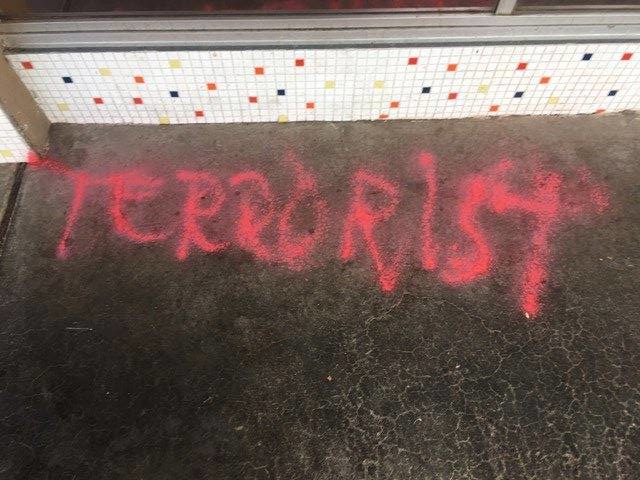 A message written in chalk outside of Pyramid Cafe in Santa Fe. Via Facebook.

The man who wrote “terrorist” outside of a restaurant owned by a Muslim in Santa Fe will not be charged.

A photo of the message went viral on Facebook, with hundreds of shares by Monday morning.

The message was written outside the Pyramid Cafe, one of three restaurants owned by Mohamed “Ziggy” Rzig, the Journal reported. Rzig is originally from Tunisia and is now an American citizen.

“That isn’t cool. You let anybody go and do things like that and write horrible messages like that?” Rzig asked, according to the paper. “And, yeah, it’s fine as long as you do it with chalk?”

Santa Fe police said this wasn’t the first time the man who wrote the message caused problems, according to the Santa Fe New Mexican. Lt. Sean Strahon told the paper the man has been causing problems in the neighborhood for two months.

Rzig told the New Mexican the man had called workers at the restaurant terrorists before.