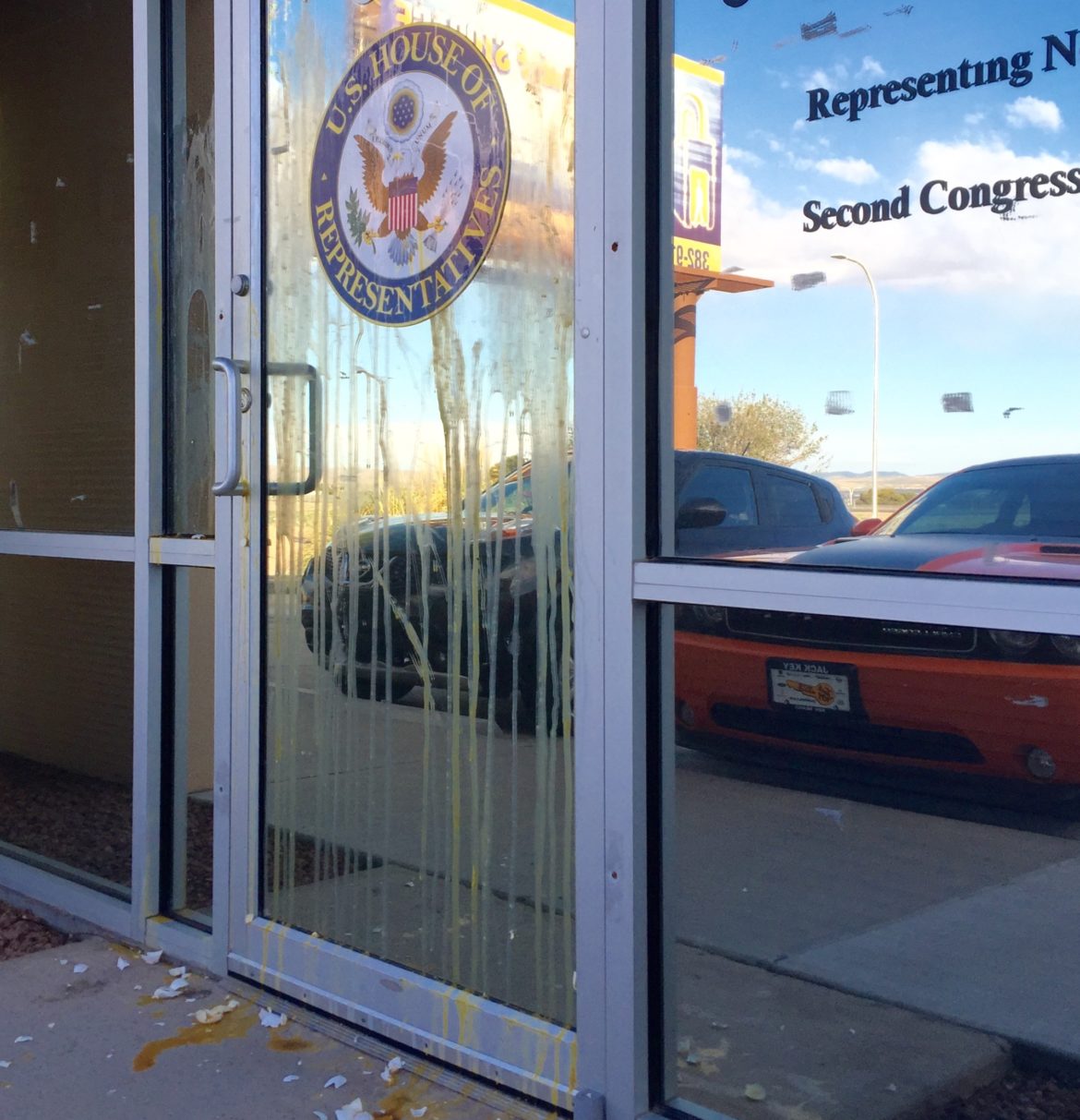 A Las Cruces office for U.S. Rep. Steve Pearce was egged this week, according to reports.

The Las Cruces Sun-News reported the Las Cruces Police Department said the front door of the office was the only area to be egged. In addition to LCPD, Pearce’s office contacted the U.S. Capitol Police.

Pearce denounced the actions in a statement to NM Political Report, saying the “act of vandalism is beyond civil discourse.”

“All of my congressional offices belong to the people of NM-02, and are essential to the everyday operations of assisting people with their social security, veteran benefits, and much more,” Pearce said in the emailed statement. “I thank my Las Cruces staff for cleaning up the mess so that we can resume work as usual for constituents.”

While Pearce’s office said they don’t know who egged the office, the Doña Ana County Republican Party said on Facebook, “This behavior has been a consistent pattern from the Democrat party and their affiliate groups.”

In February, hundreds of people held a protest outside the Las Cruces office and called for Pearce to hold a town hall. Pearce was out of the country at the time, as part of a trip related to a subcommittee he sits on.

Pearce later held three town halls in his district, including one in Las Cruces.

Pearce encouraged constituents to still go by the office.

“We are open for business, so come on by,” he said.