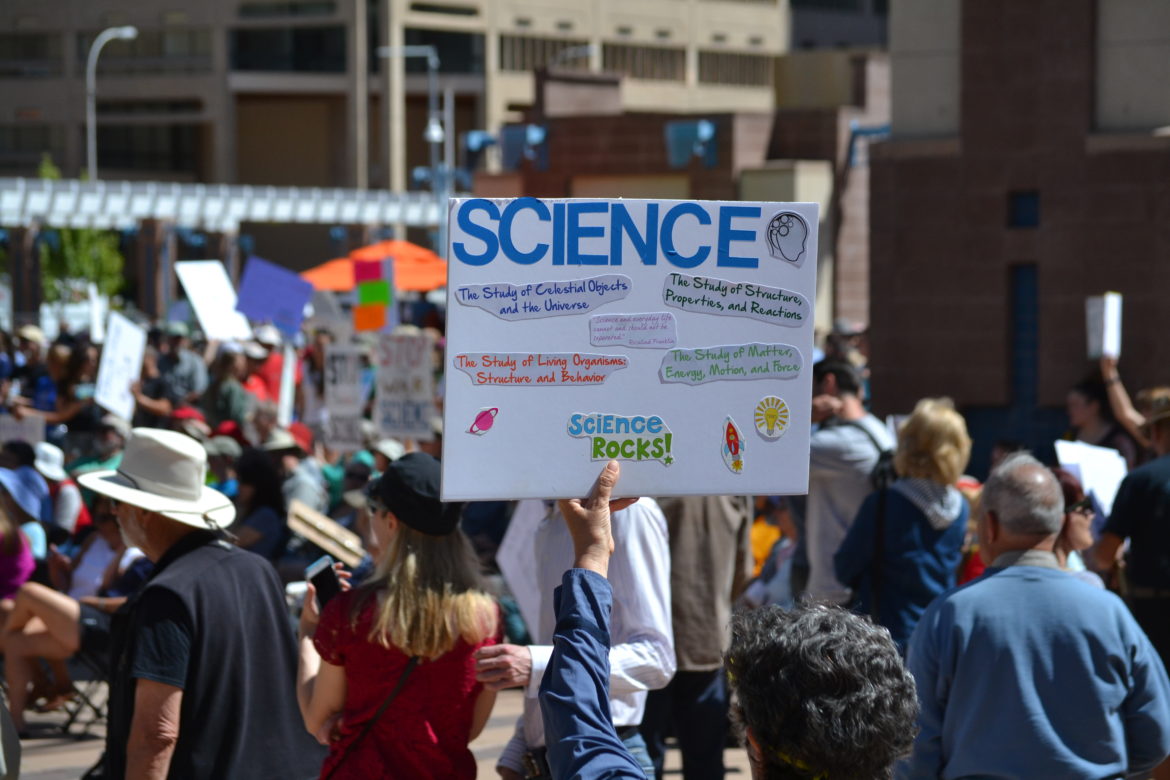 Throughout the state Saturday, activists and others marched as part of the worldwide “March for Science” that coincided with Earth Day.

The largest rally in New Mexico took place in Albuquerque, at the Albuquerque Civic Plaza.

In Las Cruces on Saturday morning, more than 500 people marched around downtown, then joined a rally with speakers and music.

In Santa Fe, U.S. Sen. Tom Udall, a Democrat, addressed the crowd, saying that science isn’t a partisan issue and that all “policymakers need scientists so we can make good decisions.”
He also said the federal scientists, working at agencies like the U.S. Environmental Protection Agency, the Department of Energy and the National Institutes of Health, should “be able to do their work for the American people without worrying about political interference.”

Udall said that climate change is the “moral, political and scientific challenge of our time, and we must face it head on, aggressively.”

Albuquerque’s event featured several people wearing colorful costumes, including one person dressed as a dinosaur and a couple dressed as both the Grim Reaper and a medieval plague doctor.

Jackie Coombes, a microbiologist dressed as the plague doctor, said she is worried about the consequences of the federal government cutting funding on vaccines.

A medieval plague doctor, left, and the personification of death, right, at the Albuquerque March for Science on Saturday, April 22, 2017.

“We think it’s so easy to go to Walgreens and get a flu shot,” she said. “If you defund that, people get sick really fast.”

She added that ebola is still a pandemic in Africa that could “just hop the plane and come here.”

Trey Smith, an Albuquerque high school educator who teaches speech and debate, said he attended the rally because “it’s important to show there is no debate about science; it’s real, we need to trust it.”

“I try to teach my students that using evidence and critical thinking are important life skills,” Smith said. “It seems like at the federal level we have a government that tends to shun science and shun facts, and I’m scared what that will do to our future generation, to our kids.”