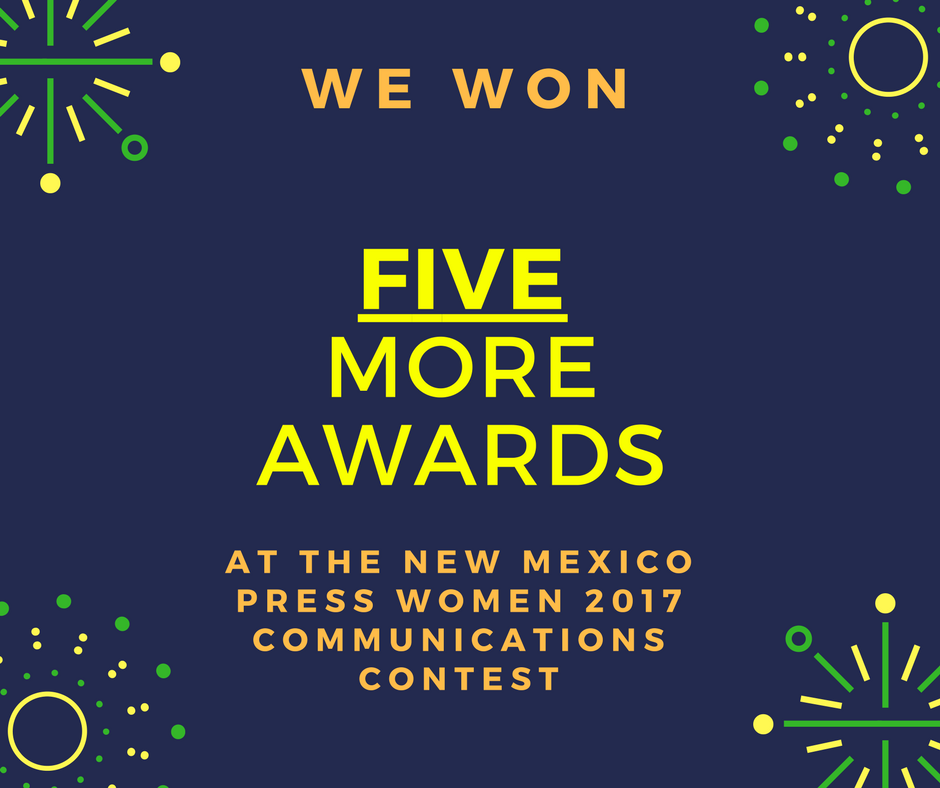 The awards, which are open to members of press throughout the state, recognized our work in environmental, investigative, feature reporting and more.

Want to keep this award-winning journalism going? Donate here. We are a non-profit news outlet that relies on donations to keep doing this important, often difficult, work.

The judge said the NM Political Report coverage of the SNAP story was “a fantastic job of covering, reporting [and] digging.”

Reporter Andy Lyman won first place in the News Story-Online Publication category for “State medical pot investigations leave a lot to the imagination” and a second-place award in the “Personality profile—more than 500 words” category for “How Gary Johnson went from ‘Governor No’ to third party icon.”

On the medical marijuana investigation, the judge lauded Lyman’s use of open records requests and interviews for the reports. On the profile of New Mexico’s former governor, it noted how timely it was because of Johnson’s role in the 2016 presidential race.

The judge said the stories “inform with substantial evidence and draw meaningful conclusions” also noting they bring attention to national issues that will impact New Mexico.