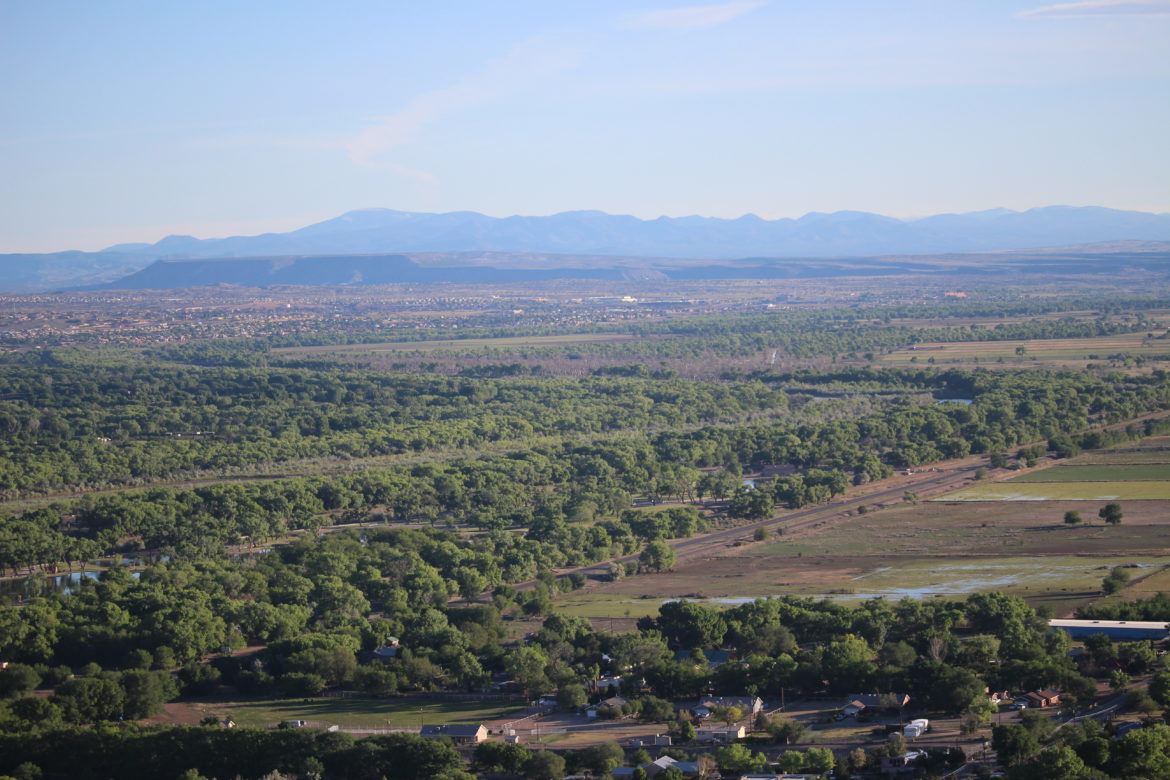 This spring has already been a busy one for water managers.

The Rio Grande and its acequias and irrigation ditches are currently full and forecasters predict more snow for the mountains this weekend.

Unlike many years over the past two decades, when water managers wondered how to spread out water deliveries to farmers and growers so everyone makes it through the growing season, this year the Middle Rio Grande Conservancy District (MRGCD) is watching for a different problem, one born of high water levels—the pressure on levees.

Hamman’s bosses are the seven members of the MRGCD board of directors. This year, voters will decide who occupies four of those seats.

Absentee voting began this week, and election day is June 6.

The district includes just 86,000 eligible voters, only seven percent of whom turned out for the 2015 election. But the district’s impacts are felt throughout the entire Middle Rio Grande Valley.  Even people who don’t rely on water deliveries for irrigation benefit from the bosque, the greenbelt and paths that flank the Rio Grande through the valley, said Hamman.

“Our mission used to be to deliver water and keep the system maintained, provide flood control and protection and drainage for the valley,” he said. “We’ve expanded our mission to include ecological and endangered species goals and requirements, as well as what I consider the quality of life component—there are many other folks who enjoy living in the valley and don’t necessarily irrigate.”

Eight years ago, an MRGCD election led to some significant changes in the district.

At that time, the chief engineer had been there for about three decades. “It was a one-man show,” said Adrian Oglesby, a water attorney who was first elected to the board in 2009. “If you had difficulties dealing with that one man, everything just stopped.”

Oglesby and three other candidates, including the Pueblo of Sandia’s Derrick Lente—who is now a state representative—came onto the board and made a push for changes. Perhaps the biggest change was looking for a new chief engineer. Ultimately, the board hired Hamman, who had been working as the Albuquerque Area Manager for the U.S. Bureau of Reclamation.

“The motivation was to professionalize the management of the district, make sure it was being run with integrity and make sure it was customer-oriented and fiscally sound,” said Oglesby, who since 2014 had directed the Utton Transboundary Resources Center at the University of New Mexico’s School of Law. “We also wanted to make sure it was environmentally and socially responsible and that employees were being treated right.”

That may become increasingly important now that a new process is in place for how the valley’s water managers, including the district, deal with endangered species.

Last year, the U.S. Fish and Wildlife Service, which enforces the federal Endangered Species Act, decided that water operations in the Middle Rio Grande are not jeopardizing the survival of a rare fish, the two-inch long silvery minnow. For the past 15 years, the U.S. Bureau of Reclamation and the district had to hustle to keep some water in certain stretches of the river for the fish. Now, they won’t have legal flow requirements. Instead, they’re supposed to monitor fish populations, supplement their numbers with fish raised in hatcheries if necessary and do things like build fish passage structures on certain diversions in the Rio Grande.

“Good management of the district benefits everyone,” Oglesby said. “It improves economic and lifestyle values in Albuquerque, and spreads that out across the state.”

That is, the district doesn’t only impact farmers. Its water operations affect everything from ecosystems to real estate values. Through conservation, the district has a role in making sure New Mexico meets its water delivery obligations to Texas, he said, and irrigated agriculture is a core part of the state’s economic engine. So is preservation of the bosque. People’s real estate values depend on the bosque, he said, using the Village of Corrales as an example. Property values on the bosque side of the main drag are tens of thousands of dollars higher per acre than on the other side.

This year, Oglesby isn’t running for the board again. And his replacement, Joaquín Baca, is running unopposed.

Baca grew up in Belen and served almost six years in the U.S. Army, on active duty and as part of the New Mexico National Guard. Having grown up in a community where the Rio Grande and the bosque are so important, Baca said he was shocked to see the river when he was stationed in El Paso.

“The Rio Grande is dead in El Paso,” he said. “I grew up along the bosque, developing that sense of place, attachment, understanding. To then go to a place where it’s dead, where you don’t even step into it, that had a profound effect on me.” And so did being deployed to the Middle East.

After the Army, he went back to school and studied hydrology, geology and environmental science. Today, he works as a hydrologist for the U.S. Fish and Wildlife Service. His duties are focused in Arizona, Oklahoma, Texas and northern New Mexico, he said, and not in areas within the district’s jurisdiction. He said that if elected to the board, he would recuse himself from voting on any federal contracts. But he’d still be able to offer advice and implement existing agreements.

“I’ve always wanted to be a part of the MRGCD,” Baca said. “Since I’m a hydrologist, if I’m going to give back to my community this is the opportunity for me to do that, positively and credibly.”

The other seats up for election this are competitive. In Bernalillo County, those candidates include Karen Dunning and Pat McCraw, and in Socorro County, James Lee Martin and Valerie Moore. In Sandoval County, Derrick Lente is facing a challenge from Orlando Lucero.

For more information on ballots and voting locations, visit mrgcd.com

This writer used to write a water bulletin for the Utton Center in 2012 and 2013.