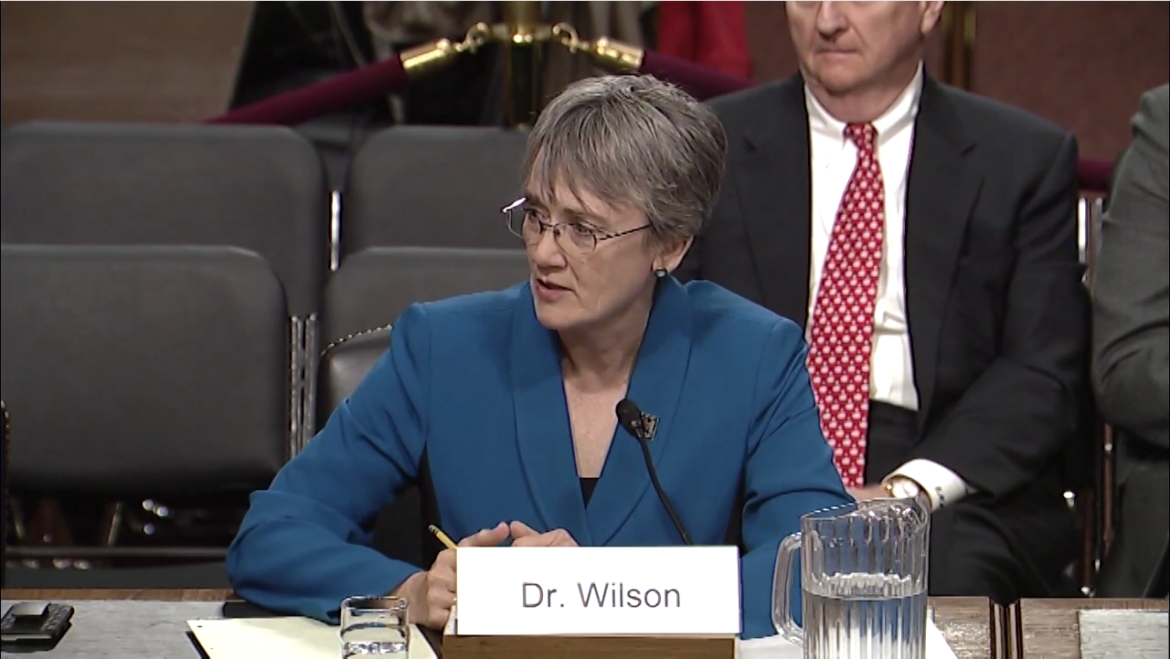 The Senate voted 76-22 to confirm Wilson, who is the first service secretary nominee to get approval from the Senate, according to the Associated Press.

Both of New Mexico’s U.S. Senators—Tom Udall and Martin Heinrich—voted to confirm Wilson. Heinrich, who faced Wilson in 2012 as an opponent for his current Senate seat, voted to advance her nomination to the full Senate as part of the Senate Armed Services Committee. Udall served in the U.S. House at the same time as Wilson.

Wilson served as an Air Force officer in Europe in the 1980s and earned a master’s and Ph.D. as a Rhodes Scholar at Oxford University in England.

Wilson was easily confirmed despite questions about her post-congressional career.

The questions came during her March confirmation hearing and involved her opaque consulting with nuclear weapons labs in New Mexico that resulted in the labs paying back the federal government for some of her expenses. Wilson maintained she did nothing improper and was not implicated in any wrongdoing.

“I’m pleased to see Heather Wilson confirmed as Secretary of the United States Air Force,” Pearce said in a statement. “Secretary Wilson understands the issues facing our Air Force both as a servicemember and a legislator. I look forward to working with her again to support Holloman, Kirtland, and Cannon Air Force Bases, and the health of the Air Force nationally.”

Most recently, Wilson was the president of the South Dakota School of Mines and Technology.

We will add the reactions from other members of the New Mexico congressional delegation if and when we receive them.